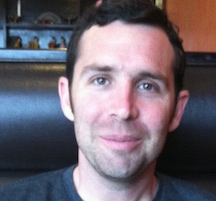 Dr. Brian Santana joined the Department of English and Modern Languages in the fall of 2015. He previously taught in the Department of Writing and Linguistics at Georgia Southern University. He earned his B.A. in Theatre History/Criticism from the University of North Carolina at Asheville, his M.A. in English from North Carolina State University, and his Ph.D. in American Studies from The George Washington University. His teaching and research interests include early American literature and culture, nineteenth century New England print culture, first year writing, and race and American literature. His book William Lloyd Garrison and American Abolitionism in Literature and Memory was published by McFarland in 2017, and he has a new book entitled The Cinema of Rob Zombie: The Social and Political Philosophy of Post-9/11 Horror due out this fall.