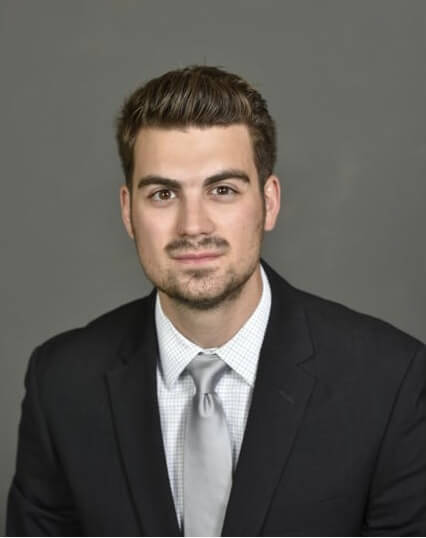 What is the best/most interesting part of your job? The best part of my job is helping others seek justice in the legal system. My job allows me to assist those who have been discriminated against, injured, and even incarcerated. Importantly, my job allows me to provide a voice for the voiceless and help others by listening to their concerns and needs.
What has been your favorite and/or most memorable on-the-job moment? One of my favorite moments happened about a month ago. I was able to help draft a “durable” power-of-attorney for a friend. In doing so, he was granted the power to oversee the management of his elderly grandmother’s estate and make important health care decisions for her. It was rewarding to share that experience with him and put his mind at ease.
How did our program help you prepare for your current job? The Department of English and Modern Languages prepared me for law school and legal practice by forcing me to think critically and express my ideas persuasively. The skills that I gained through analyzing texts, contributing to class discussions, and listening to my professors allowed me to strategize and communicate effectively as a lawyer.
What advice would you give current students? Ask questions and engage your Shepherd University professors. The professor-student relationships that are formed at Shepherd make it anomalous among other colleges and universities. Whether it be an academic question or broader guidance needed, just ask!

What is the best/most interesting part of your job?  The best and most interesting part of my job is getting to meet and work with students who come from a variety of backgrounds and bring with them different life experiences. My job is to keep students safe on campus, while providing them with “real life” learning activities. Even though I am now in the role of the administrator/educator, I find myself learning from my students every day!
What has been your favorite and/or most memorable on-the-job moment?  This past summer I had an intern come from LA to stay with me for three months. On the day she left, she said, “Thank you for teaching me so much.” For some reason, I was really affected by her statement. I don’t think of myself as a sensitive person; however, I was changed for that day. It felt so good to know that I had possibly made a difference in someone’s life/career/education. Momentarily, I had a flashback to Shepherd and all of the faculty and staff who had inspired and encouraged me to go do something. Now, I have finally done it.
How did our program help you to prepare for your current job?  The Spanish program at Shepherd has helped me in many ways in my current role. For example, I recently met with a mother of an incoming student from Puerto Rico who did not speak any English. I provided her with the information she would need to help her student enroll in the college. It felt good to be able to help. I also believe that learning about the cultures of other people has also benefited me in my work. I feel more confident in my ability to understand the needs of my students who come from different backgrounds.
How has speaking another language helped you in your career and life overall?  In my first job out of Shepherd, I worked at a community college. There, I worked as an Admissions Counselor at a campus with a large ESL population. I planned and performed bilingual Spanish/English information sessions with a colleague. It was great to provide a service that not everyone could do! I realized in that role that I had a skill that others do not possess, a skill that would make me more valuable to future employers. Also, I think it’s just fun to be able to communicate in another language. I enjoy reading news articles in Spanish; as a matter of fact, some of the best Olympic coverage I read was in Spanish!
What advice would you give current students?  My advice to current students is to enjoy the experience and to keep your mind open. Before I graduated, I would have never believed that I would be working at an art school in Center City, Philadelphia—it just wasn’t in the plan. However, plans change, and almost everything I learned at Shepherd and in the Spanish program in particular has become applicable to my personal and professional life. Even though I’m not currently teaching Spanish or living abroad in a Spanish-speaking country, I find that the knowledge I gained is always helping me out. Overall, I’m a more well-rounded, culturally sensitive, and open individual because of my time in the Department of English and Modern Languages. 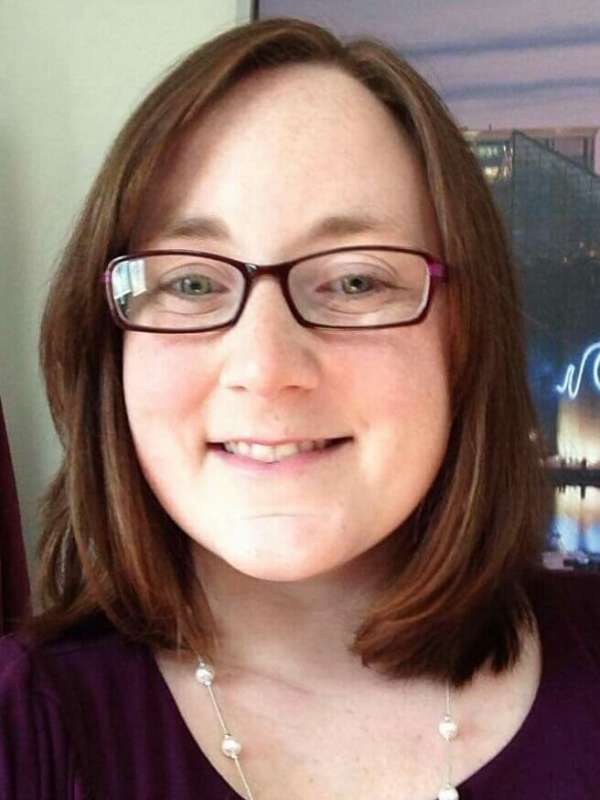 What is the best/most interesting part of your job?  My job is hardly ever boring.  Each day and class is very different and interacts with literature and learning in its own way.  They are funny and challenging and always keep me on my toes!
What has been your favorite and/or most memorable on-the-job moment?  Oh man!  I have so many great stories, and you want me to pick one?!  One of my favorites was from about two years ago while reading Romeo and Juliet with one of my freshman classes.  We were reading Act 5 when Paris is killed by Romeo.  I read out the stage direction for Paris’ death. The student reading for Paris said, “So, I’m dead now?”  When I confirmed it, he promptly fell sideways out of his chair.  Startled, I asked if he was okay, and he simply gave a fake body convulsion in response and then continued to lie “dead” on the floor for the rest of the scene.  He fully committed to it!
How did our program help you to prepare for your current job?  The Department of English and Modern Languages was an incredibly supportive environment for me to grow my knowledge base in.  I met teachers (and friends) who challenged me to be better and to think differently.  The Department of Education really laid the foundation for the practical aspects of the job and gave me more field hours than I ever thought I’d need, until I was in my own classroom and realized how crucial that time was.
What advice would you give current students?  Find your tribe and get involved in things you’re passionate about.  The people you surround yourself with should always push you to be a better person.  If you’re passionate about what you’re doing and whom you’re doing it with, you will never be lacking.  Also, always keep your end game in mind; if you don’t know what you want to do with your degree, start figuring it out before you cross the stage and those bills get real. 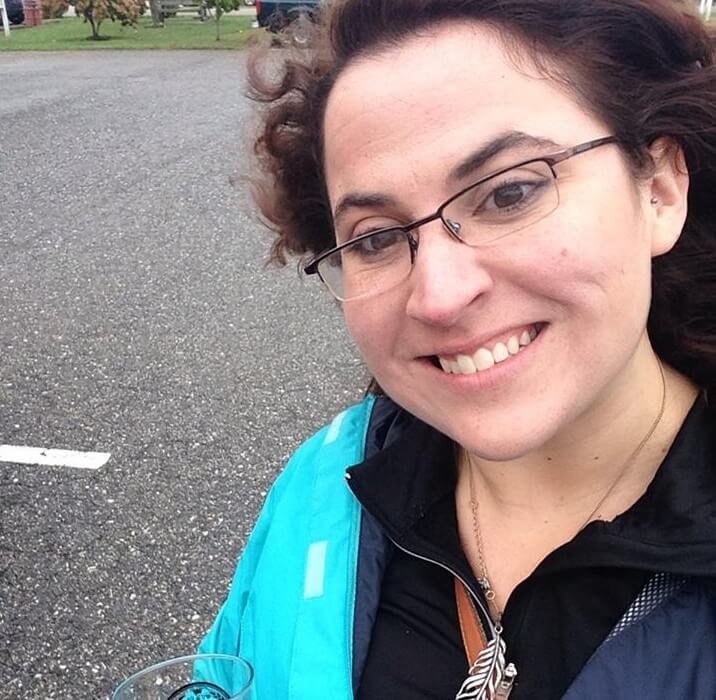 What is the best/most interesting part of your job?  My job is never the same, and there is always something going on.  One day I will be sitting in court listening to testimony and evidence in a drug case and the next I’ll be at a breaking news story.
What has been your favorite and/or most memorable on-the-job moment?  Last year I was interviewing the chief of police of the City of Shelby when he was called out of the room and told me to wait a minute.  I sat and waited.  Five minutes later I received confirmation that Dylann Roof had been captured by Shelby Police.  Roof was wanted in the shooting deaths of nine people at a church in Charleston, South Carolina. I was given a “backstage pass” and was in the thick of things as the day played out.  One of the hardest and most exhilarating days of my career so far!
How did our program help you prepare for your current job?  Journalism is a rapidly changing field and now has strong ties to the digital world.  Through the journalism minor, I learned the basic skills needed in my job and the how-to of getting a story out there.  Combine those skills with mass communication, and I have the know how of using social media, video, and other media to tell peoples’ stories along with the printed word.
What advice would you give current students?  Two things actually:  1) Be open.  Never in a million years did I think I would end up in North Carolina.  I applied for a job I didn’t think I was qualified for.  I took chances.  I moved, and I followed my gut instinct.  Sometimes you have to take a risk to get where you want.  2) Ask questions.  The one thing I’ve learned is the smallest detail can change things—whether it’s in writing or anything else.  Don’t be afraid you are going to upset someone by asking for more information in any situation you find yourself in; it could help in making a better story or a better life decision.