Nine student organizations competed to see which could collect the most nonperishable food based on weight. They received bonus points for creatively displaying the food with a 90s theme in the Ram’s Den before the food was weighed. 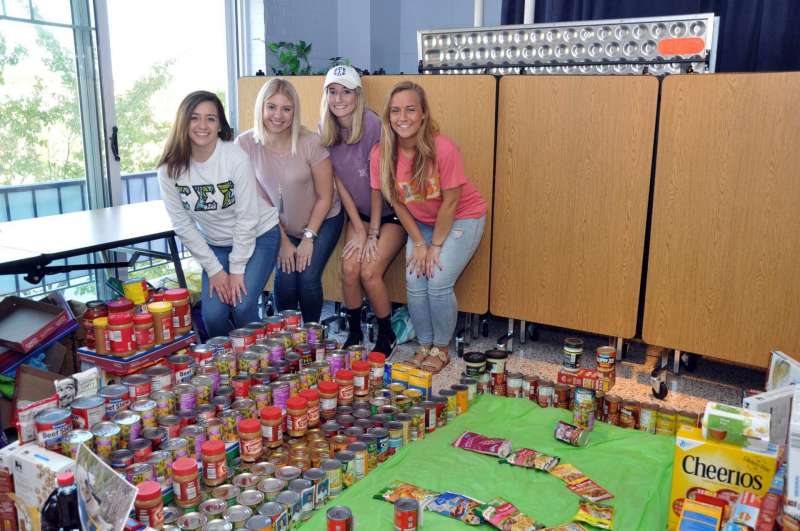 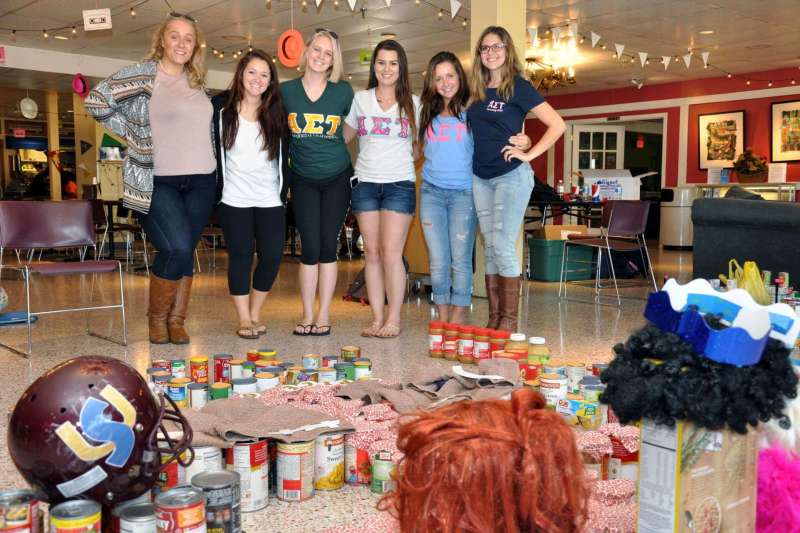