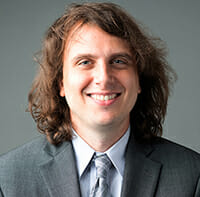 Peter Heiss graduated from Hood College with a Bachelor of Arts Degree in Guitar Performance, earning scholarships for achievement every year there. He received his Master of Music degree from Shenandoah Conservatory, in Guitar Performance, and started teaching and playing music professionally in Maryland, Washington D.C., Virginia and West Virginia. His students have had success at all levels of study from recreational to professional.

Peter Heiss has been a band leader, solo musician and side musician in various musical projects in the tri-state area. For over ten years he was part of the Kevin Lewis Jazz Quartet which performed at Brodbeck Music Hall, M&T Bank Stadium and the Weinberg Center for the Arts. As a soloist he has performed at various concert halls in the Maryland area. As a band leader Peter has hosted the Takoma Station Jazz Jam in Washington D.C. and the Jazz Jam at The Domestic in West Virginia as well as performing at numerous other venues. As a side musician Peter has performed in various Jazz, R&B and Musical Pit bands.

Mr. Heiss teaches all styles of music, beginner through advanced, on guitar, bass guitar and ukulele. In his teaching, he stresses fundamentals while also making learning fun by working on songs students want to learn. This balanced form of study is very popular with students and progress is evident at all stages of learning.