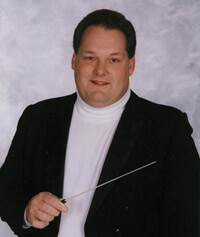 Oboist, Gregory Shook, is a native of Hagerstown, Maryland where he received his early music training. He studied at Shepherd University and received a Bachelor and Masters of Music degrees from the University of Maryland, and a Masters of Church Music degree from Shenandoah University with high honors in music. As a professional oboist, Greg performed with the Harrisburg Symphony Orchestra, Washington National Symphony, Washington National Opera, Washington Bach Consort and in pit orchestras for the National and Warner Theatres. He also has presented numerous solo recitals, chamber music programs, and performances with other free-lance ensembles throughout the tri-state and Washington, DC areas. Greg’s teachers have included Farrell Coy, Richard White, Fred Gruenebaum, and Rudy Vrbsky. He has served on faculties of The Music Academy of State College, PA, Gettysburg College, and Hagerstown Community College.

In addition to his career as an oboist, Greg is co-founder and Music/Artistic Director for Hagerstown Choral Arts, an auditioned choral group of approximately 100 singers. He has held leadership positions in American Choral Directors Association, American Guild of Organists, and Choristers Guild, and is frequently called on for workshops and as a guest conductor.