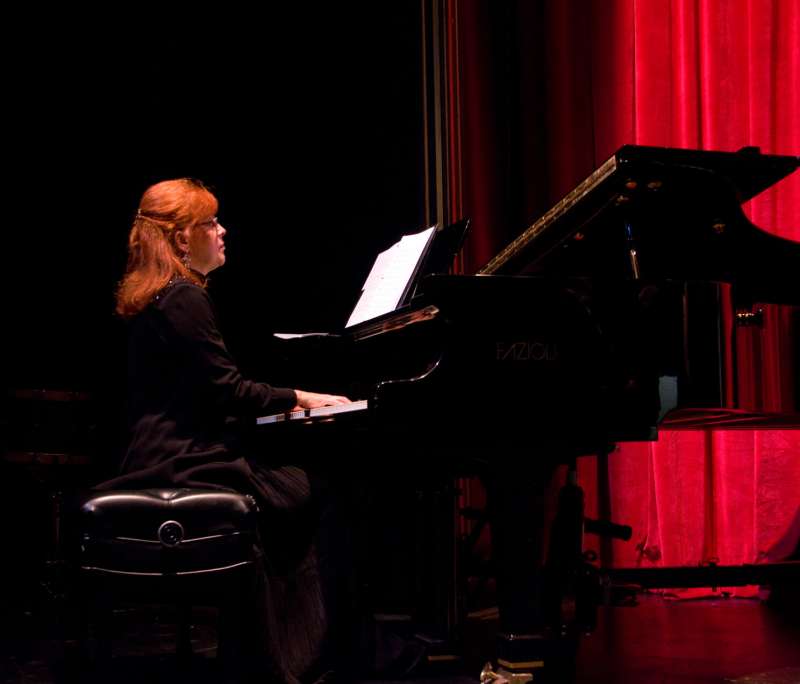 Susan Petzold-Carpenter is on the piano faculty at Shepherd University, where she teaches applied students,
Group Piano and Piano Ensemble/Accompanying. She also acts as Staff Accompanist. Ms. Carpenter holds a Bachelor of Music degree in Piano Performance from Oberlin College Conservatory of Music, and a double Master of Music degree from the University of Texas-Austin in Piano Performance/ Piano Pedagogy. Her principal instructors were Stella Kayser, Carroll Chilton, Jack Radunsky and William Race.

Ms. Carpenter was inducted into the Pi Kappa Lambda music honor society as an undergraduate. She was also listed in the “Who’s Who of American Woman, Millennium Edition” for her many contributions to the expatriate community as teacher, performer and concert series organizer during 13 years in Saudi Arabia.