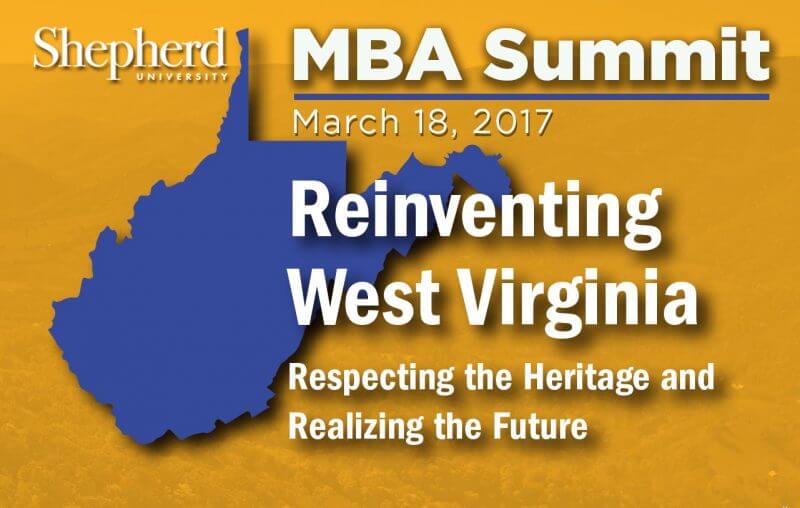 The Shepherd University M.B.A. Summit, titled Reinventing West Virginia: Respecting the Heritage and Realizing the Future, held on March 18 examined ways West Virginia can pull itself out of the current economic crisis during a daylong event with two keynotes, by Dr. Linton Wells II and Patrick Morrisey, attorney general of West Virginia, and four sessions that examined energy, education and technology, tourism, and marketing and branding. The day’s findings were summarized in the following paper.

What Does West Virginia Really Need?

There is a lot of talk and hope about the resurgence of coal as the resurrection of West Virginia. Commentary abounds on the conditions in West Virginia. Action, however, seems to be less abundant. Shepherd University, a West Virginia state university located in the Eastern Panhandle has taken a significant active step toward initiating meaningful action that will reinvent West Virginia.

Shepherd University M.B.A. students and faculty organized an M.B.A. Summit: Reinventing West Virginia, a meeting of informed individuals and subject-matter experts from across several states and held an open panel discussion on five broad topics: Energy, Education, Technology, Tourism, and Marketing. As a result of the discussions, seven themes emerged that can become the foundation of a new turn-around initiative.

Community involvement: West Virginia needs to tell its own story from within its own communities. No one knows the beauty of this state and its people more than those who live and love here.

Connectivity: Isolation is not a value that people generally seek. Being connected is paramount. Developing highways—both electronic and asphalt—must be given high priority.

Financial capital: Funding sources must be developed. These sources are more likely to be successful throughout the more prosperous northern half of the state than the southern half. This leads directly to the concern of distinctly different issues across the different regions within the state.

Regionality: There really are two West Virginias, yet the bonds that unite north and south demand that the productive north support the impoverished south until economic health in the southern counties is restored.

Human capital: Repopulating the only state with a declining population is a problem unique to West Virginia. However, it is not just a problem that is measured in the number of people. The state of health of those people must be addressed and the power that comes through improved education must be harnessed, as well.

Image: The general perception of West Virginia promulgated through television, movies, and popular mythology encourages a very unfortunate stereotype of West Virginians. We must develop a brand favorable to West Virginia to counter these untruths.

Leadership: There must be a leader: Someone to share the vision and make sure that the vision is realized. In the words of Mark Hurd, former CEO of Hewlett-Packard, “Without execution, vision is just another word for hallucination.”

The organizing group that met at Shepherd is preparing to publish the initial findings of the summit and to act as a catalyst moving the initiative forward. In this case, however, catalyst is a weak metaphor. In a chemical reaction, a catalyst is unchanged in the process. There is no doubt that those who organized this summit, as well as those who participated on the panels and in the general discussion, are changed people.