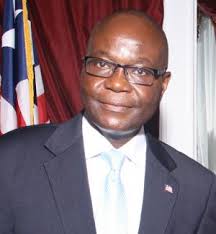 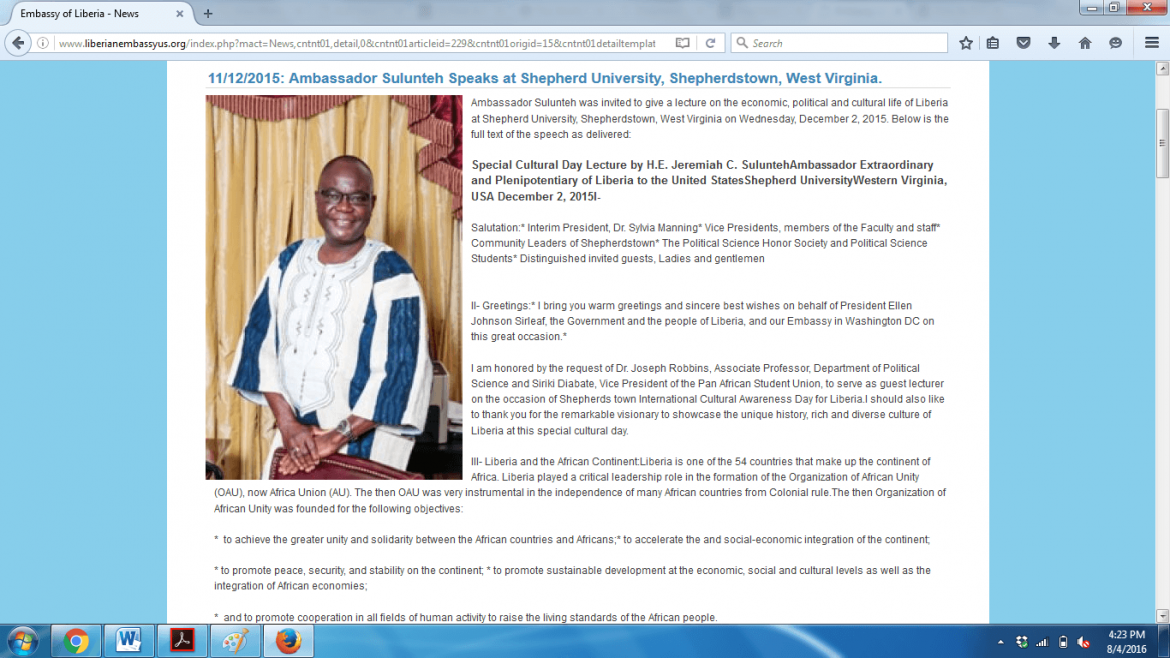 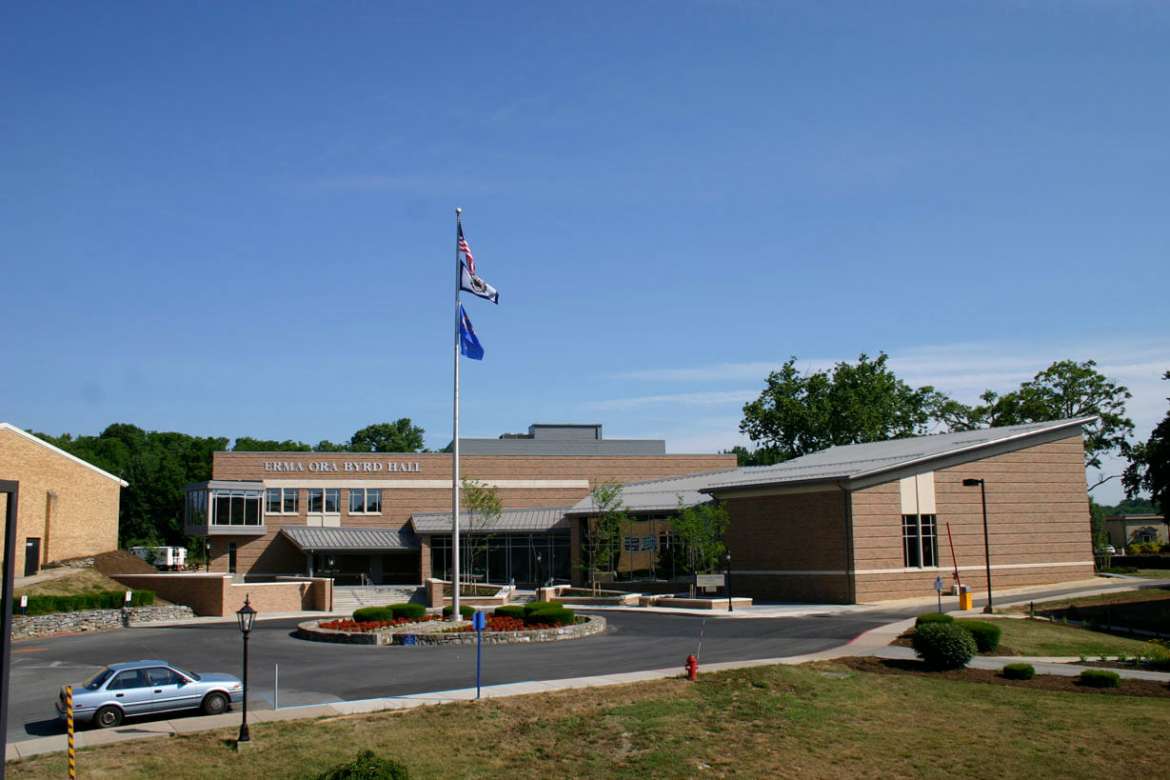 We welcomed our distinguished guest, H.E. Amb. Jeremiah Sulunteh, to campus during the Fall 2015 semester.  Our PSA members met with Mr Sulunteh’s delegation and then proceeded to the Erma Ora Byrd Nursing Building, the site of the guest lecture.  Scores of interested individuals attended Mr Sulunteh’s remarks, where he discussed the longstanding ties between Liberia and the United States, current economic developments, and what Liberia’s female President, Ellen Johnson Sirleaf, has achieved as the country’s leader.

After His Excellency’s remarks, Mr Sulunteh and his delegation joined our campus’s international student banquet where we featured cultural presentations and personal speeches from several Shepherd University students.  The event featured Liberian artwork, food provided by our friends at the Liberian Embassy, and dishes prepared by many of our own international students.

More information about Liberia and Mr Sulunteh is available below.

Liberia is a north-western African country that is bordered by Sierra Leone, Cote d’Ivoire, and Guinea, with the Atlantic Ocean to its West.  Liberia is an Anglophone country with English as its official language though the country has rich linguistic diversity as more than 20 languages are commonly spoken or written in the country.

Historically, Liberia has ties to the United States as it was one of the areas connected to the American Colonization Society until 1847 when Liberia declared its independence.  The country’s historical development is interesting for a number of reasons but in part since it was an African state colonized and governed by freed African-American and ex-Carribean slaves.

During the past several years, Ambassador Sulunteh has served his country by holding multiple senior-level political positions.  H.E. has served as Minister of Transportation (2006-08), Minister of Post and Telecommunications (2008-2010), and as Minister of Labor (2010-2012).  Because of his impressive background and service, President Sirleaf appointed H.E. Sulunteh as Ambassador Extraordinary and Plenipotentiary of the Republic of Liberia to the U.S. in 2012.