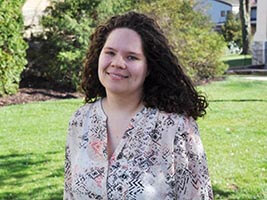 An English major from Shepherd University was awarded a prize for best essay at the 25th Annual West Virginia Undergraduate English Symposium March 25 at West Liberty University. Claudia McCarron, an English major from Charles Town, won a monetary prize for writing the best essay, titled “‘The Destined Prophetess’: Uncle Tom’s Cabin, The Scarlet Letter, and the American Jeremiad,” which she also presented at the symposium. 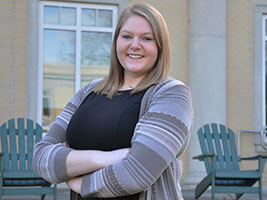 A Shepherd University math education major was the statewide winner of this year’s West Virginia Council of Teachers of Mathematics Walter Regula Mathematics Teacher-in-Training Grant. Laurie Hercules, a junior from Martinsburg, won the award during the council’s annual conference March 17-18 at Stonewall Jackson Resort in Roanoke. The $600 award is given annually to an outstanding college or university student who is training to become a mathematics teacher and who has intentions of teaching in West Virginia. 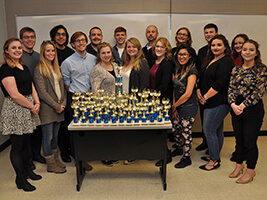 The Shepherd University Debate and Forensics Team celebrated a successful year after winning first place in Team Debate and second place in Individual Events and Team Sweepstakes at the West Virginia Intercollegiate Forensics Association State Tournament and second place in Team Sweepstakes at the College Forensics Association (CFA) year-end tournament in Ocean City, Maryland. Sam Brown, Harpers Ferry, was named the number one parliamentary speaker in the country and Casey Feezle, Augusta, was named second in the National Novice Tournament in Florida. 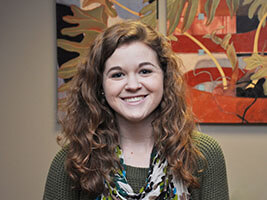 A junior social work major was the first member of Shepherd University’s Zeta Kappa chapter of Tau Sigma National Honor Society to receive a scholarship from the national organization. Rebekah Hunter of Martinsburg, one of 53 students nationwide who received a scholarship for the 2016-2017 school year, was awarded $500. Students who received scholarships were evaluated for their involvement in and service to their chapters and their universities, service to their communities, and academic achievement. 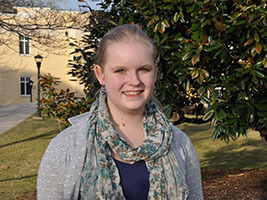 A Shepherd University student has been recognized by the West Virginia Junior Chamber, or Jaycees, for the work she’s done to help the families of children staying in the WVU Medicine Children’s Hospital neonatal intensive care unit (NICU) in Morgantown. On January 28, Alyson Hehr, a senior from Wheeling, received an Outstanding Young West Virginian Award from the Jaycees. 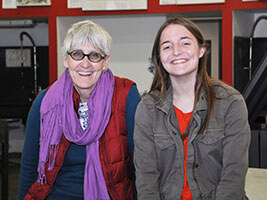 Shepherd University’s art department was well represented this March at a juried show titled “INK IT: Contemporary Print Practices” at the Black Rock Center for the Arts in Germantown, Maryland. Acadia Kandora, a senior art major from Charles Town, and Rhonda Smith, chair of the Department of Contemporary Art and Theater, both had pieces in the exhibit. 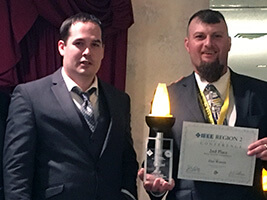 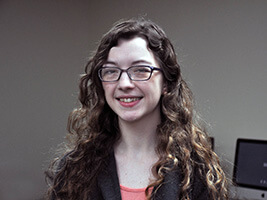 A Shepherd University communication major was one of this semester’s winners in the Ketchum Mindfire Challenge. Sarah Burke, a sophomore from Martinsburg, won the M.S. Paint Challenge. Burke was in the Public Relations Principles class taught by Dr. Matthew Kushin, associate professor of mass communications. This is the first semester the class has participated in the challenge, which is sponsored by the global communications company Ketchum. 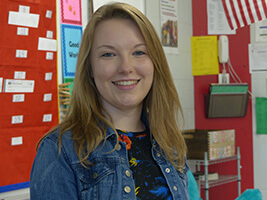 A recent Shepherd University graduate was awarded a 2016-2017 National Network of State Teacher of the Year (NNSTOY) Teacher Candidate Fellowship. The university’s chapter of Kappa Delta Pi, the education honor society, nominated Ashtyn Bittle, who graduated from Shepherd in December. Bittle is one of 35 outstanding teacher candidates nationwide selected for the program, which just started this year. 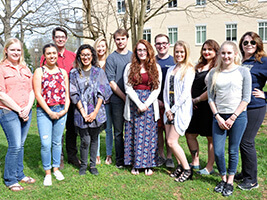