The Society for Creative Writing

The Society for Creative Writing Links 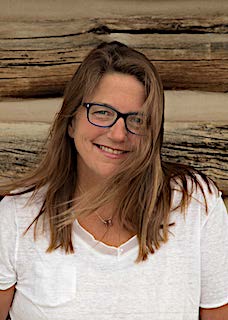 Pam has taught writing workshops all over the world along with her Professorship of English at University of California Davis and in the Institute of American Indian Arts MFA Program. She is the author of multiple books, including the best seller Cowboys Are My Weakness. Her new book Deep Creek Finding Hope In The High Country has her visiting Shepherdstown on a countrywide book tour. Don’t miss out on a rare opportunity to learn from a writing coach well known for helping writers become the best they can be, including the Pulitzer Prize finalist Tommy Orange. This will be a small intimate group with limited space, so please register early.

Sir Andrew Motion was born in London and raised in Stisted, Essex. He is the author of many books of poetry, fiction, and nonfiction. Motion’s poetry collections include Coming in to Land: Selected Poems 1975-2015 (2017), The Customs House (2012), The Cinder Path (2009), and Public Property (2002), his first collection as UK Poet Laureate. Motion’s collections of nonfiction prose include biographies of Thomas Wainewright (2000), of Philip Larkin (1993), and of John Keats (1997). His novels include The Invention of Dr. Cake (2003) and Silver: Return to Treasure Island (2012). Motion was knighted in 2009. From 1999–2009, he was poet laureate for the UK. In 2015, he moved to Baltimore, Maryland, to become the Homewood Professor of the Arts at Johns Hopkins University. 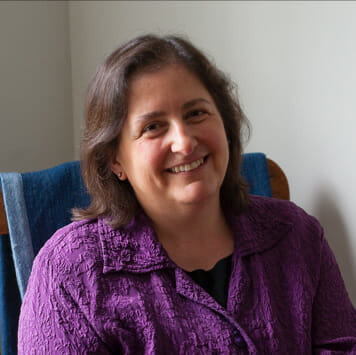 Jane Brox’s fifth book, Silence, was published in January 2019, and was named an Editors’ Choice by The New York Times Book Review. Her most recent book, Brilliant: The Evolution of Artificial Light, was named one of the top ten nonfiction books of 2010 by Time magazine. She is also the author of Clearing Land: Legacies of the American Farm; Five Thousand Days Like This One, which was a finalist for the National Book Critics Circle Award in nonfiction; and Here and Nowhere Else, which won the L.L. Winship/PEN New England Award. She has received the New England Book Award for nonfiction, and her essays have appeared in many anthologies including Best American Essays, The Norton Book of Nature Writing, and the Pushcart Prize Anthology. She has been awarded grants from the John Simon Guggenheim Foundation, the National Endowment for the Arts, the Massachusetts Cultural Council, and the Maine Arts Commission. She has taught at Harvard University and Bowdoin College, and is currently on the faculty of Lesley University’s low-residency MFA Program. She lives in Brunswick, Maine. 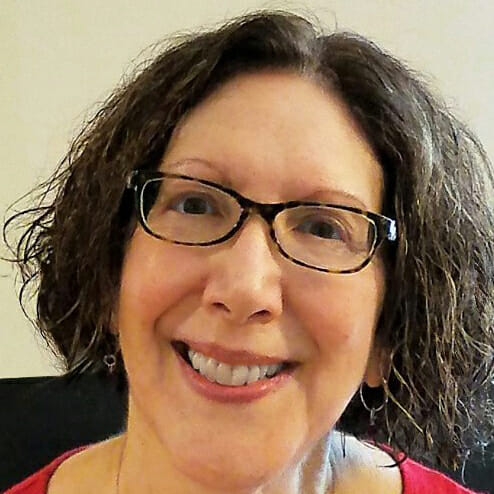 Nancy Naomi Carlson is a poet, translator, editor, and essayist who has authored ten titles (six translated), including translations of René Char (France), Suzanne Dracius (Martinique), and Abdourahman Waberi (Djibouti). She has received grants from the NEA and Maryland Council for the Arts, and was a finalist for the Best Translated Book Award, as well as the CLMP Firecracker Poetry Award. Her work has appeared in such journals as the American Poetry Review, The Georgia Review, Poetry, and The Paris Review. A senior translation editor for Tupelo Quarterly, she holds two doctorates, including one in Foreign Language Methodology. She has been decorated with the rank of Chevalier in the Order of the French Academic Palms. www.nancynaomicarlson.com 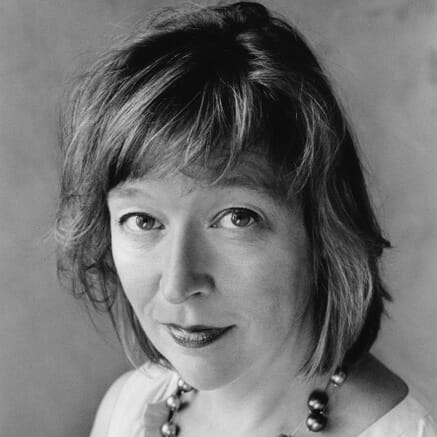 Jennifer Grotz is the author of three books of poetry, most recently Window Left Open. The Needle, which received the Paul Nasser Prize and the 2012 Best Book of Poetry Award by the Texas Institute of Letters, was named one of the “5 Best Books of Poetry of the Year” by National Public Radio. Her first book, Cusp, received the Katharine Bakeless Nason Prize and the Natalie Ornish Best First Book of Poetry Prize from the Texas Institute of Letters. Her translations from the French of the poems of Patrice de La Tour du Pin are collected in Psalms of All My Days. She is also the translator of a novel, Rochester Knockings, of the Tunisian-born author Hubert Haddad. Other poems, essays, translations, and reviews have appeared widely in journals such as The New Yorker, The New Republic, The New York Review of Books, Kenyon Review, New England Review, Ploughshares, as well as in the Pushcart Prize and four volumes of the Best American Poetry anthologies. A recipient of awards from the National Endowment of the Arts, the Guggenheim Foundation, the Fellowship of Southern Writers, the Rona Jaffe Foundation, and the Camargo Foundation, she teaches at the University of Rochester and serves as the director of the Bread Loaf Writers’ Conferences. 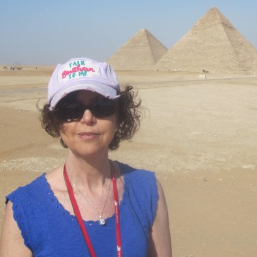 Roser Caminals earned her M.A. and Ph.D. at the University of Barcelona. A native of Barcelona, she is the author of seven novels and one non-fiction book. Her work, published in three languages (Catalan, English, and Spanish), and in paperback, hardback, and digital form, has been featured at the International Book Fair in Frankfurt, Germany. She also has an interest in literary translation. Her English rendition of the Spanish classic Los Pazos de Ulloa (The House of Ulloa), by Emilia Pardo Bazán, was published by The University of Georgia Press and earned her a grant-award from the Spanish Embassy in 1992. In 1996 she won first prize in narrative at the Jocs Florals de la Diàspora, a contest for Catalan writers outside of Catalonia, for Les herbes secretes (The Secret Herbs). Since then she has received critical acclaim in the Spanish media (newspapers, radio, and television), as well as in the Mexican newspaper La Jornada. Her novel Cinc-cents bars i una llibreria (Five-Hundred Bars and One Bookstore) was celebrated in La Vanguardia as “one of the best Catalan novels written in recent years”. Roser Caminals is currently an Emerita Professor of Spanish at Hood College in Frederick, Maryland, and is married to author William Heath. The title of her upcoming book is The American Seduction. For more information about Roser Caminals, you may go here. 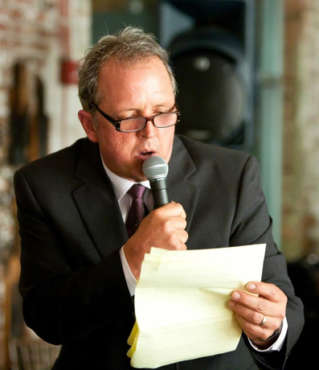 Barrett Warner is the editor of the print journal Free State Review. He is also the acquisitions editor for Galileo Press and the poetry critic for Riot Material. His awards include the Liam Rector Prize, the Cloud Bank prize, the Princemere prize, the Tucson Book Festival essay prize, and the Salamander fiction prize. He was recently the nonfiction fellow at the Long Leaf Writer’s Conference, and is currently a finalist for the Midway Journal prize and the Pattersonpoetry prize. He is the author of Why Is It So Hard to Kill You? (Somondoco, 2016) and My Friend Ken Harvey (Publishing Genius, 2014). His recent work appears in Pirene’s Fountain, Beloit Poetry Journal, Rabbit Catastrophe, Passaic Literary Journal, Anti-Heroin Chic, and elsewhere. 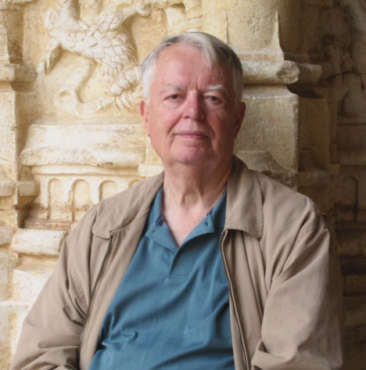 When William Heath began writing poetry in the 1960s, James Wright hailed him as “one of the most brilliantly accomplished and gifted young poets to appear in the United States in quite some time.” William Heath’s novel about the civil rights movement in Mississippi, The Children Bob Moses Led (Milkweed Editions 1995, paperback 1997) won the Hackney Literary Award for best novel, was nominated by the publisher for the National Book Award and Pulitzer Prize, and by Joyce Carol Oates for the Ainsfield-Wolf Award. In 2002 Time magazine online judged it one of the eleven best novels of the African American experience. He has published over thirty reviews and sixteen scholarly essays on Hawthorne, Melville, Twain, William Styron, and Thomas Berger, among others, in such reputable journals as The Massachusetts Review, The South Carolina Review, The Kenyon Review, The Texas Review, Nathaniel Hawthorne Review, The Journal of American Studies, The Indiana Magazine of History, and Northwest Ohio History. Now he has returned to his first love, poetry. His most recent chapbook Night Moves in Ohio, published by Finishing Line Press, will be available this fall.