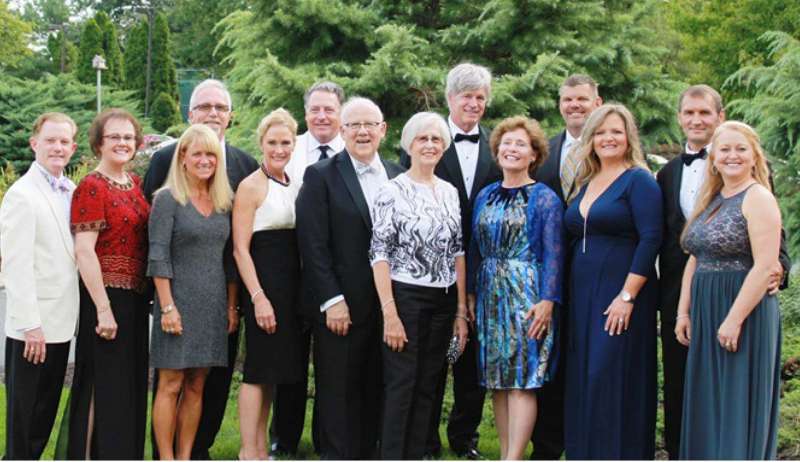 This year, Bronfman Rothschild Wealth Advisors joined other longtime gala supporters as a presenting sponsor of the event.

“As a proud alumnus of Shepherd, I am honored to support the Scarborough Society, along with its many worthy causes,” said John Wolff, managing director and principal, wealth advisory, Bronfman Rothschild. “I became familiar with the society’s mission through my work with the Shepherd University Foundation and am proud to support an organization that works to improve the scope and reach of the university’s library system.”

The evening featured decorative touches that transformed the Bavarian Inn into a winter wonderland. Serving as a photo backdrop for arriving guests was a sleigh on loan from Shepherdstown residents Chris and Jody Carter. Twinkling evergreen trees and animated reindeer dotted the grounds, while sparkling crystal-beaded trees adorned the table tops, creating the illusion of an icy landscape.

The Scarborough Society, sponsored by the Shepherd University Foundation, serves to support and strengthen the Shepherd University library system. Funds raised by the society provide information technology and other resources to Shepherd students, faculty, and friends. Membership in the organization is available on an annual basis and members’ names are engraved on a Wall of Honor located in the library. Members receive library cards with special privileges and are placed on invitation lists for library lectures, book signings, musical events, seminars, and receptions.

Anyone interested in becoming a member of the Scarborough Society is encouraged to call the Shepherd University Foundation at 304-876-5397.