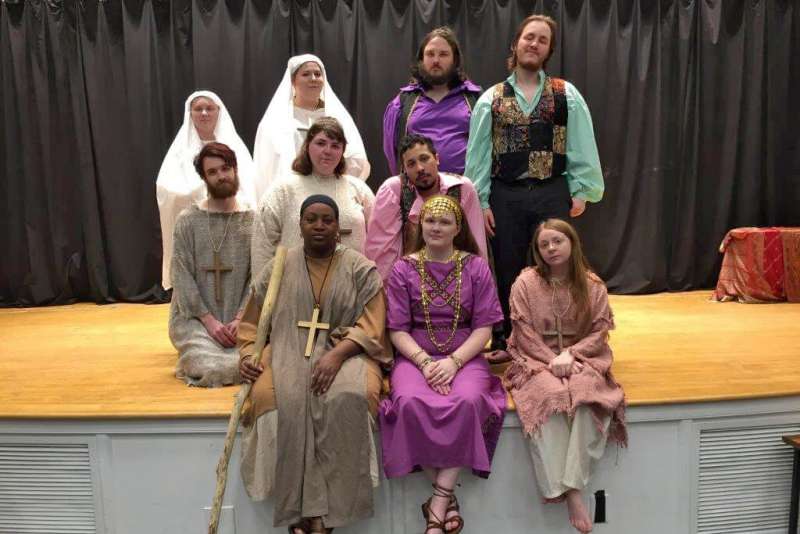 Dr. Betty Ellzey, chair of the department of English and Modern Languages and director of the Rude Mechanicals, has translated five of the six plays written by Hrothsvita, a 10th-century German canoness.

“I love Hrothsvita’s plays and I teach them in any class I get a chance to because the female characters are always so strong, and for the early Middle Ages that’s very unusual,” Ellzey said.

Dr. Georgiann Toole ’79, associate professor of education, wrote a musical piece called “White Bird” that features a passage from “Thais.” Ellzey said in the passage, the soul of the lead character, Thais, is compared to a white bird ascending to heaven.

Toole said “White Bird” was originally written in 2014 at the request of the Women’s Chorus at Shenandoah University for a concert featuring text that was written by women. When Ellzey asked to use a recording of it for the upcoming production, Toole was happy to help out.

“It was an especially exciting opportunity because it meant I got to revisit that piece,” Toole said. “Having heard it once, having talked to a choral director who had already worked with it, I was able to tweak a little bit, take a little out in some places, and add a little in other places, keeping in mind that it will be used not in an abstract way in a concert but to enhance the play itself.”

Toole said because a recording of “White Bird” was used in the play as opposed to being sung at a concert, she abbreviated it and adjusted the texture, thinning it out to make it more specific to the story. A chorus made up of Shepherd students from the Department of Music sang the recorded version of “White Bird” at the end of the play.

Tamira Patterson, Westminster, Maryland, conducted the group of students to create the recording. Patterson said she likes that the English, education, and music departments worked together on the project.

“I love the idea of ‘White Bird’ because it evokes an emotion of an ethereal being rising up as a weapon of God,” Patterson said. “I love that the piece was written for a women’s ensemble because the hero is indeed a woman and it’s about women empowering women and raising them up literally to the heavens. It’s very feministic in that way, and it’s really cool and empowering.” 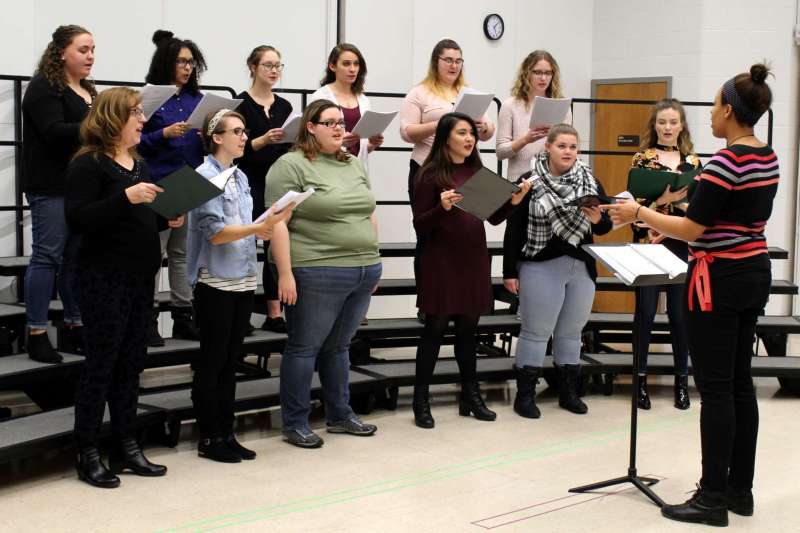 Tamira Patterson, Westminster, Maryland, conducts as a choir of women rehearse “White Bird.” A recording of the song was played in the Rude Mechanicals Medieval and Renaissance Players performance of Hrothsvita’s “Thais.”