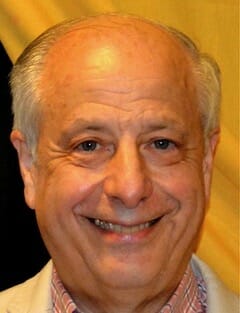 Richard Polonchak was the former principal bassoonist of both the United States Marine Band, “The President’s Own”, and the White House Orchestra in Washington, D.C. He also performed with the Marine Woodwind Quintet and “Trio d’Anches” which recorded through National Public Radio. He has appeared as featured soloist with both the band and orchestra. Polonchak has served on the faculties of The University of the District of Columbia (formerly The Federal City College), Duquesne University, Allegheny County Community College (Pittsburgh), Catholic University, James Madison University, The University of Virginia at Charlottesville and is currently on the faculty at Southern Oregon State University as part of the American Band College.

Mr. Polonchak studied bassoon with Arthur Kubey and later with Benjamin Spiegel at Duquesne University where he earned both his Bachelor’s and Master’s degrees in music. He studied woodwind chamber music with flutist Bernard Goldberg. He has also studied bassoon repair and maintenance with Lewis Hugh Cooper, designer of the Cooper-Puchner bassoon.

A consultant/clinician to Custom Music Company for over three decades, Mr. Polonchak worked extensively in bassoon factories in Germany helping the instrument makers redesign instruments exclusively for the American bassoonist. He has presented clinics, workshops and master classes in thirty-five states and is listed in Who’s Who In Music Education.

His articles on all aspects of the bassoon have appeared in The Instrumentalist, The School Musician,Woodwind World, The Double Reed, and Bandworld Magazine. His book, Primary Handbook for Bassoon (Meredith Music/Hal Leonard Music) was published in 1982 and is currently in its fifth printing. He is a contributing author to The Woodwind Players Cookbook (Meredith Music/Hal Leonard Music) and created the bassoon audio/text for “Embou-Sure”, published by Western International Band Clinic (WIBC). He currently performs with Shepherd Three, the Faculty Wind Trio of Shepherd University and with The Two Rivers Trio, formed in 1996 with his identical twin sons (violins & bassoon).

Would you like to learn more about Mr. Polonchak and his studio?  Click here: From the studio of Richard Polonchak.