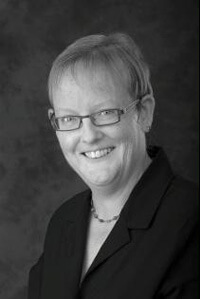 Dr. Linda Tate, associate professor of English and coordinator of technical communication, was named the winner of the Faculty Merit Foundation’s 2003 West Virginia Professor of the Year award.

Tate was honored March 4 by the Faculty Merit Foundation at a banquet held in the Great Hall of the Cultural Center in Charleston. She was awarded a $10,000 cash prize.

Tate holds a Ph.D. in American literature from the University of Wisconsin-Madison, with a doctoral minor in computer science and curriculum and instruction. She is the author of A Southern Weave of Women: Fiction of the Contemporary South published by University of Georgia Press in 1994 and reissued as part of Georgia’s Brown Thrasher series in 1996. Her edited volume Conversations with Lee Smith was published in 2001 by the University Press of Mississippi, and her third volume Power in Blood: A Family Memoir is slated for publication in 2005.

Tate is the recipient of numerous grants and fellowships, including the Rockefeller Fellowship for the Humanities which she held at Marshall University’s Center for the Study of Ethnicity and Gender in Appalachia. She was the founding coordinator of the Shepherd College Writing Center in 1995 and cofounder and co-director of the Appalachian Heritage Festival from 1996-1999. She was also involved with the establishment of the Appalachian Writer-in-Residence program and has supervised internships at the Library of Congress and at the national headquarters for the National Organization for Women (NOW).

Tate is involved with WorldCom Foundation’s MarcoPolo: Internet Content for the Classroom project and serves as a writing consultant for the national initiative Action for Healthy Kids, chaired by former U.S. Surgeon General Dr. David Satcher. She has served her local, state, and regional communities with membership on the West Virginia Humanities Council board of directors as well as the 2001 program committee for the Appalachian Studies Association. She is also the president of the Shepherdstown Public Library board of trustees.

The Faculty Merit Foundation of West Virginia was created in 1984 by Huntington attorney Ed Green to provide a means of rewarding outstanding faculty of West Virginia’s public and private institutions of higher education. The Professor of the Year program recognizes and rewards individuals for outstanding leadership, innovation, and creativity. The foundation’s goal is to increase public awareness, appreciation, and support from the general public for higher education.