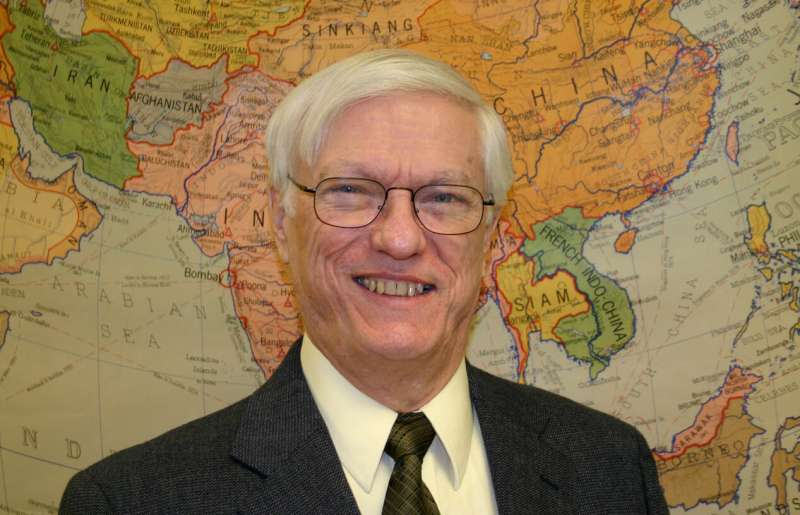 Dr. Jerry B. Thomas, professor of history at Shepherd University, has been named a finalist for the 2007 Professor of the Year award. Each year the Faculty Merit Foundation of West Virginia honors an outstanding faculty member at a West Virginia college or university.

Interviews with the five candidates were held on January 17. The finalists will be honored at a reception at the Governor’s Mansion on Tuesday, March 4. The reception will be followed by a dinner at the Cultural Center in Charleston, where the 2007 Professor of the Year will be announced.

Dr. Thomas, a Shepherd faculty member since 1972, earned his Ph.D. and M.A. from the University of North Carolina and a B.A. from West Virginia University.

The Faculty Merit Foundation was created in 1984 to provide a means to recognize and reward innovation and creativity among the faculties of West Virginia’s public and private colleges and universities. Through the Professor of the Year program, the outstanding achievements of those individuals are brought to the attention of the public. A $10,000 cash award is given to the candidate selected as Professor of the Year, with smaller awards to the other finalists.

In the past, two Shepherd faculty members have won the Professor of the Year honor: Dr. Sylvia Bailey Shurbutt won the award in 2006 and Dr. Linda Tate won the honor in 2004.