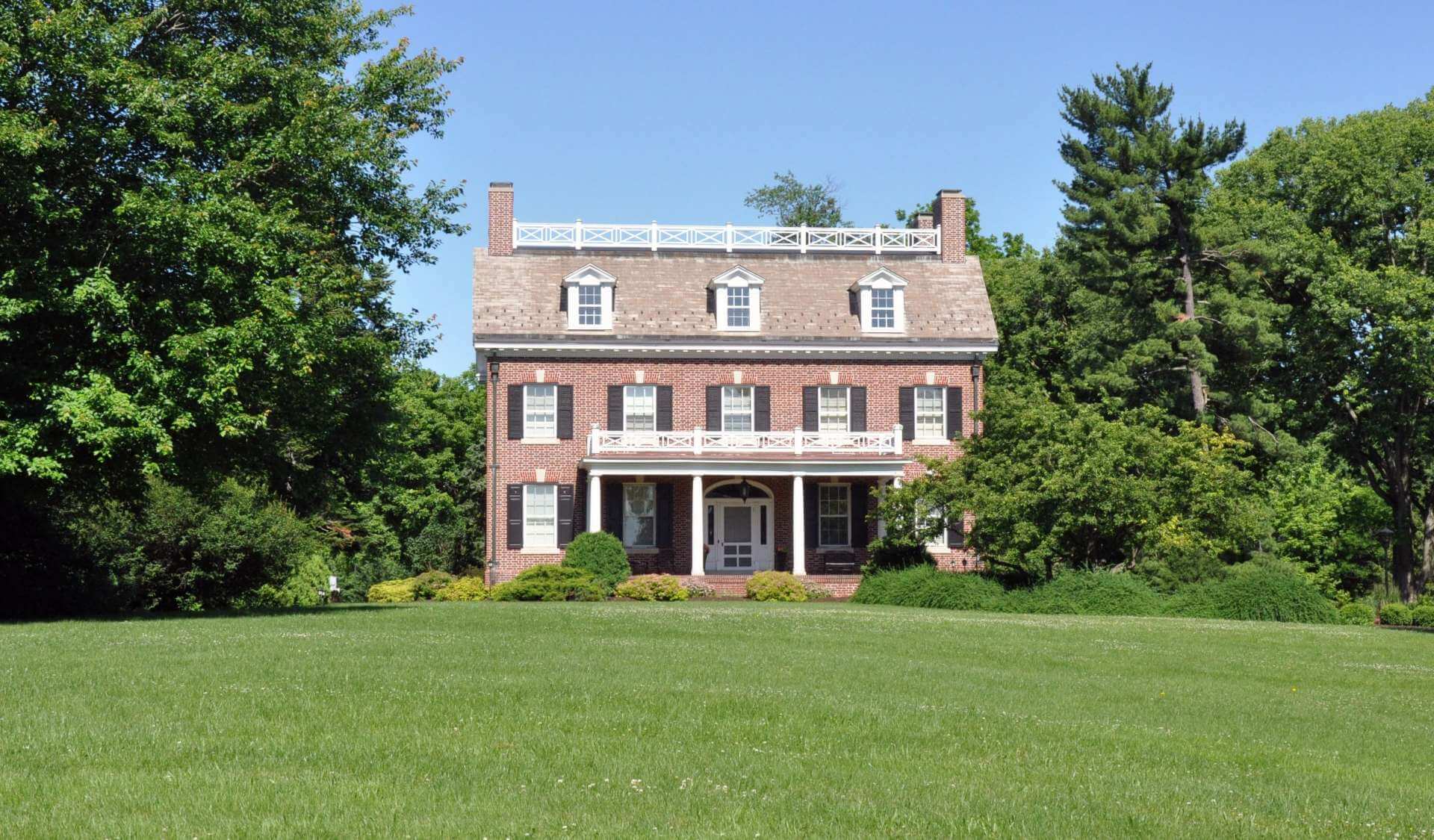 A Masterpiece of Masonry

Popodicon, designed by Stuart Edmonds of Winchester, Virginia, was built in colonial Georgian style. With 17 rooms, Popodicon has two stories and a mansard third story. The walls within Popodicon’s main section are three bricks thick, while the back wing of the house is two bricks thick.

The grounds and gardens were designed by Oglesby Paul of Philadelphia, Pennsylvania, an associate of the famous landscape architect Frederick Olmstead.

One of Jefferson County’s Historic Estates

Located on Shepherd Grade Road, the Southern mansion style of Popodicon is a highlight of the Shepherdstown community with its stately lawn and formal garden.

Popodicon’s history goes back to 1879 when Henry W. Potts, a civil engineer, came to Shepherdstown to lay out a section of the valley branch of the Norfolk and Western Railroad. At that time, Potts had a dream of building a mansion on the site and eventually making it his retirement home. Potts and his wife, Eleanor Powell, returned to Jefferson County and built the mansion in 1907.

The state of West Virginia purchased the estate for Shepherd University, then Shepherd College, in 1964 for $125,000.

The purchase included 128 acres of land providing a new home for Shepherd presidents and increasing the University’s growth potential beyond the boundaries of the original 35-acre campus.

Popodicon’s 17 rooms include a butler’s pantry, a large kitchen, a sewing room, a study adjoining the master bedroom, and numerous closets and linen rooms.

The original interior woodwork was cream color and the walls were covered with various striking wallpapers. Floor coverings include an original Oriental rug from Bengali and a handmade English needlepoint rug. Artwork includes a signed Renoir etching and a silver service, donated by the Shepherd University Alumni Association. A Jacob Craft tall clock, circa 1820, also stands in Popodicon. A self portrait of Mary Catherine Weltzheimer, wife to Frederick Weltzheimer, as completed by Frederick Kimmelmyer in 1816, hangs in the front hall of Popodicon.

One guest bedroom has been furnished in Henkel-Harris furniture manufactured at a local factory in Winchester, Virginia. A guest bathroom has an antique four-legged tub.

A wooden sofa with Empire striped upholstery was donated by Margaret Potts William, a daughter of Popodicon’s builder.

In December 2017 Julia “Happy” Potts Grehan, a granddaughter of Popodicon’s builder, donated several pieces a few of which were made specifically for the home.

A collection of Victorian pieces donated to Shepherd in 1962 was moved from McMurran Hall to Popodicon in 1969. The collection was originally bought in 1870 in Philadelphia, Pennsylvania. It consists of two sofas, two arm chairs, four side chairs, a marble-top table, and a crystal chandelier.

The dining room maintains its original oil ceiling lamp which was transferred from the Potts home in Pennsylvania when Popodicon was built. The hall at the stairs to the second floor is illuminated by a carriage lantern.