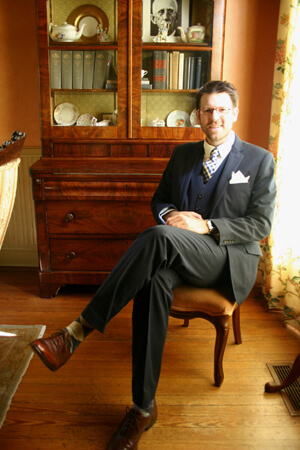 With an abiding passion for the Civil War-era, Professor Broomall has worked in diverse environments ranging from academic institutions to local museums, and developed courses, conferences, and programs of interpretation focusing on the experiences of civilians, soldiers, and slaves during the mid-Nineteenth Century. Broomall’s scholarship is dedicated to the Civil War-era. He most recently published Private Confederacies: The Emotional Worlds of Southern Men as Citizens and Soldiers as part of the University of North Carolina Press’s Civil War America series. Further, along with William A. Link, Broomall published an edited collection Rethinking American Emancipation: Legacies of Slavery and the Quest for Black Freedom (2016, Cambridge University Press). He has articles in Civil War History, Civil War Times, The Journal of the Civil War Era, and the edited volume, Creating Citizenship in the Nineteenth-Century South in addition to historiographical essays, book reviews, and online essays. Broomall has also recently completed for the National Park Service and the Organization of American Historians a study of the Chesapeake and Ohio Canal during the American Civil War, which is being used for interpretative programs, online materials, and a brochure.

He currently resides in Shepherdstown with his wife Tish and their children Simon, Henry, and Addy.

Kristen Marino holds a B.A. in Anthropology and Museum Studies from Beloit College in Wisconsin. Before relocating to the eastern panhandle, she was employed as an archaeologist and curation specialist for the U.S. Army Corps of Engineers, St. Louis District. Locally she’s served on Charles Town’s Historic Landmarks Commission and as a board member for Reliving History, Inc. at the Peter Burr House (West Virginia’s oldest wood-frame house). She previously worked at the Old Opera House Theatre in Charles Town, a nonprofit theatre and arts centre.