Work by art student is chosen for national juried exhibition

SHEPHERDSTOWN, WV — A painting by a Shepherd University student is part of the 5th Annual National Juried Exhibition at Marshall University’s Visual Arts Center in Huntington. Sam Boder is one of 30 artists from across the country selected for the show. His work, “The Unknown Lives Around Us (III),” a 30 by 50 inch self portrait, will be on display with other works through February 12.

Boder, a senior painting major from Charleston, said he’s excited to participate in his first national juried show. His painting was among 191 entries submitted by 70 artists from across the United States.

“The perk for being in a juried exhibition is the institution will bring somebody from the art world in to juror the works and pick the works,” Boder said. “They bring in curators from museums, which in this case was the new director of the Huntington Museum of Art.”

Boder said the fact that his painting was selected for the exhibit is confirmation that his work meets a certain standard. He also sees an advantage to having it hang in a gallery with works by more established artists from across the country.

“There might be a certain group of people who go to a show to see a couple artists in particular, and they might stumble across somebody they’ve never heard of before,” Boder said. “That’s kind of the importance of juried shows for an emerging artist—getting your name out there with established artists.”

Boder enrolled in Shepherd to earn his second bachelor’s degree, a B.F.A. in painting, after graduating from West Virginia State University with a B.A. in studio art. His submission is an oil painting that was part of his senior show last spring in Dunbar. It is one of three paintings he created that are meant to explore identity.

“I like to use the analogy of an onion as somebody’s identity,” Boder said. “You peel back layers and there’s always going to be something else underneath. This particular painting is a figure, but it’s really three figures superimposed on top of each other, all with expressive gestures insinuating emotions.”

To create the work, Boder used a technique called glazing where he laid down many transparent layers of paint.

“I had built up 40 or 50 layers of paint, just kind of building up the layers to give it more layers to make it not so flat,” he said.

After he earns his degree from Shepherd, Boder hopes to attend graduate school and eventually teach college-level studio courses. He hopes to become a professional artist as well. He will attend an artist reception for the exhibit that is scheduled for Thursday, January 21, from 4-6 p.m. During the reception the Juror’s Choice Award for the exhibit will be announced. The reception is free and open to the public. 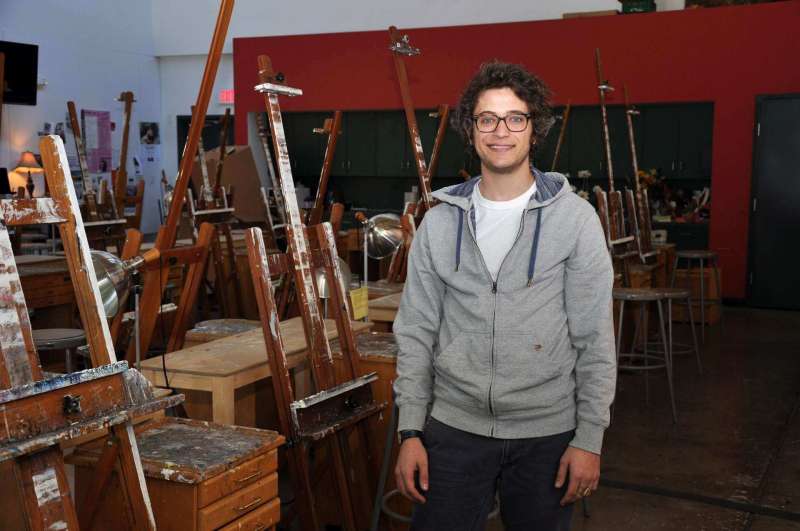 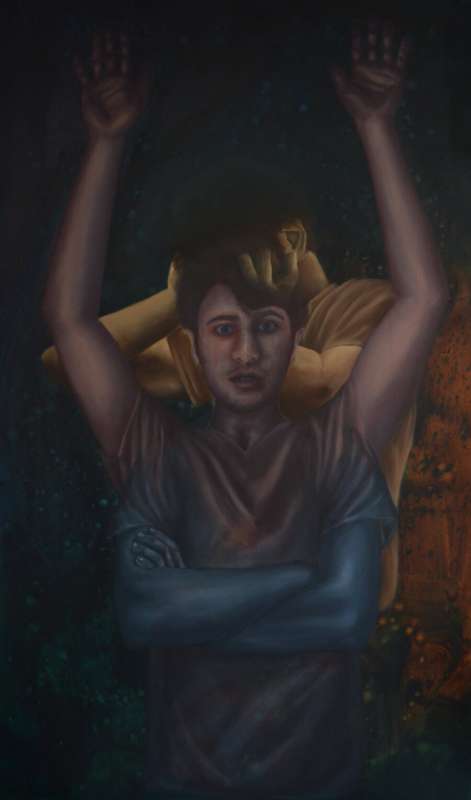