SHEPHERDSTOWN, WV — The Wiley Cash volume of the “Anthology of Appalachian Writers,” Shepherd University’s 10th volume of the anthology series, is now available featuring the poetry, fiction, and creative nonfiction of writers across the country and the region. The book is published by Shepherd University and the West Virginia Center for the Book, and this year’s volume features an array of Pushcart writers, several Weatherford Award winners, and the work of two state poet laureates.

“This is one of our best anthologies ever,” said Dr. Sylvia Bailey Shurbutt, Appalachian studies coordinator and managing editor. “Wiley Cash, as have all the essayists, fiction writers, and poets in this volume, discovered the power of storytelling, no matter the genre. Telling our stories is as necessary as breathing, and having our voices heard is as essential as life itself.”

The poets and prose writers in the Cash volume of the Anthology have many common qualities. Like Cash’s newly released novel “The Last Ballad,” a story about 1930s union activist Ella May Wiggins, the poems and stories in the Anthology are about individuals who are often placed in difficult circumstances and about everyday folks who speak their minds and tolerate poorly what they perceive as injustice.

Shurbutt said the Anthology is filled with the voices of fascinating Appalachians. There are voices of children who demand to be heard (Daniel Al-Daqa’s “Chevelle Man” and Jessica Salfia’s “More than Miracles”). There are voices of teachers speaking out against the drugs that kill children (Ashley Wilkins’ poetry) and there are memories that must be told (Pete Kosky’s “Popcorn Balls” or Timothy Dodd’s “Burials”). There are abused spouses who will finally have their say (Neva Bryan’s “Charming the Worm”), the dispossessed who will be heard (Jayne Moore Waldrop’s “Drowned Town”), or the crusty and sassy who merely want to have the last word (Sonja James’ “Eileen Chapman”).

“These are all Appalachians whose stories speak for all of us,” Shurbutt said.

“The volume speaks to the beauty and creativity of Appalachian writers—a topic we should all celebrate more often,” said Brianna Maguire, an English major and marketing minor from Paw Paw who helped edit the book. “Working on this volume taught me to appreciate and better understand this wonderful region. I think readers will find that this volume represents how dynamic and beautiful the region really is.”

Literary editors for the Anthology also include David O. Hoffman and Natalie Sypolt. Wiley Cash, editorial advisor for the book, was the 2017 Appalachian Heritage Writer-in-Residence at Shepherd. His novel “A Land More Kind Than Home” was the West Virginia Common Read selection by the West Virginia Center for the Book. This 10th volume of the anthology series contains original and previously unpublished work by Cash, as well as an interview and essay about his writing. The book also has photographic art that will be part of the 7 p.m. September 25 Anthology celebration event at the Robert C. Byrd Center for Congressional History and Education.

The Anthology can be purchased at Four Seasons Books, the Shepherd University Bookstore, Tamarack, and other outlets. For more information, contact Shurbutt at sshurbut@shepherd.edu. 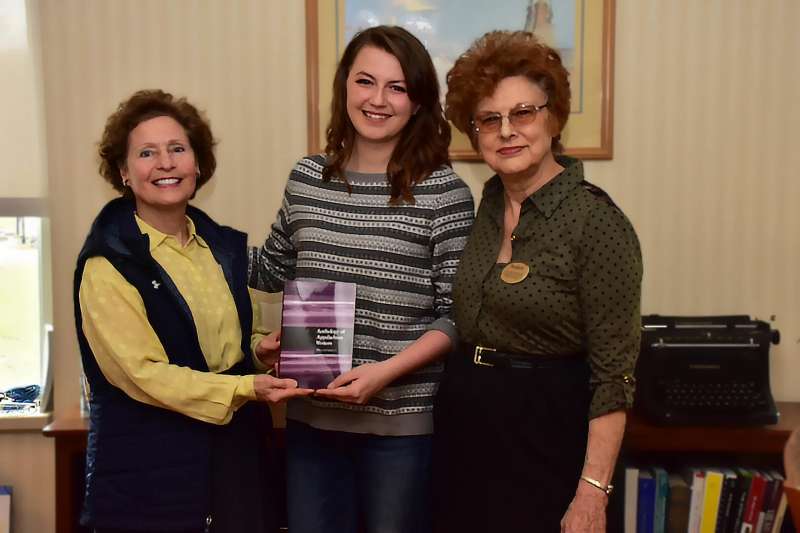