SHEPHERDSTOWN, WV — Shepherd students who commute to campus were greeted on October 7 by a welcome tent in the lot where they park their cars. The first of four Community Engagement Outreach events sponsored by the Shepherd University Alumni Association and the Division of Student Affairs attracted 252 students who were able to socialize, grab a bite to eat, and learn more about what Shepherd offers beyond the classes they are taking.

“We talk about engaging students in higher ed but we often don’t go where students are,” said Dr. Tom Segar, acting vice president for enrollment management. “Realizing that about two thirds of Shepherd undergraduate students commute, and one of the largest places you can find students on any given morning is the parking lot, we brought the program to them.”

Segar said it’s hoped the students who stopped by the tent will learn more about the opportunities and services available to them on campus.

“We want to make sure that those students who drive on campus, park their cars, go to class, and get back in their cars know they have as much access to the campus events, programs, and services that everybody else does,” said Holly Morgan Frye, acting vice president for student affairs. “So instead of trying to get them into the Student Center, we brought the space to them, to their parking lot.”

Frye said by hosting the event, the student affairs staff tried to cover several bases—feeding the students, playing music, offering information, and having staff on hand to answer questions. Students who came to the tent swiped their Rambler I.D. cards to be entered in a drawing to win either free textbooks for a semester from the Shepherd University Bookstore or a Kindle tablet. They were also given a coupon for a free meal in the dining hall and a 10 percent discount coupon to use at the bookstore.

Frye said most commuter students don’t have meal plans, so the hope is they’ll give the cafeteria a try. Information was also available about other Shepherd services that commuter students may not be aware they can access. For example, all students can use the Wellness Center, Health Center, and Counseling Center. They can also attend Performing Arts Series at Shepherd events and athletic games.

Many of the students who stopped at the tent before and after class seemed to appreciate the effort. Michaela Sowers, a junior who commutes from Ranson, called it “an awesome opportunity to win free stuff.

“It’s a good opportunity for us because we don’t live on campus so it’s kind of cool that it’s here for us,” Sowers said.

Matthew Buchwitz, a history major who at one time commuted from Hedgesville but now lives in Shepherdstown, was glad to see some attention given to students who live off campus.

“I think it’s pretty awesome that the alumni and the community are coming together to support commuter students,” Buchwitz said. “A lot of them feel isolated and they don’t have the sense of community that residents do. The first year I was a commuter I really felt disconnected from everyone else here because they were able to build stronger friendships and bonds with others, whereas I was more isolated to meeting people through work and friends I’ve had for a long time, as opposed to making new acquaintances.”

“I do like events like this because typically it’s rather rough getting back and forth being 20-25 minutes away,” said Michael Wuest, a freshman who lives in Martinsburg. “It’s just a good option to spend the day kind of hanging out with people that I don’t necessarily see unless these opportunities present themselves.”

This is the first of four Community Engagement Outreach events planned this month. Frye said student affairs plans to put the tent up in the commuter parking lot again on Wednesday, October 21, and Tuesday, Oct 27. A tailgate is also planned for Saturday, October 31 when the Shepherd Rams play West Liberty at Ram Stadium.

Segar said the Community Engagement Outreach events are part of a three-pronged approach to improve retention.

Segar said efforts are also being made to adjust academic policies so they are more student-friendly. Shepherd created a retention intervention team consisting of 16 staff members who serve as advocates for every student to help them navigate the college process.

Listen to the view with Dr. Tom Segar HERE. 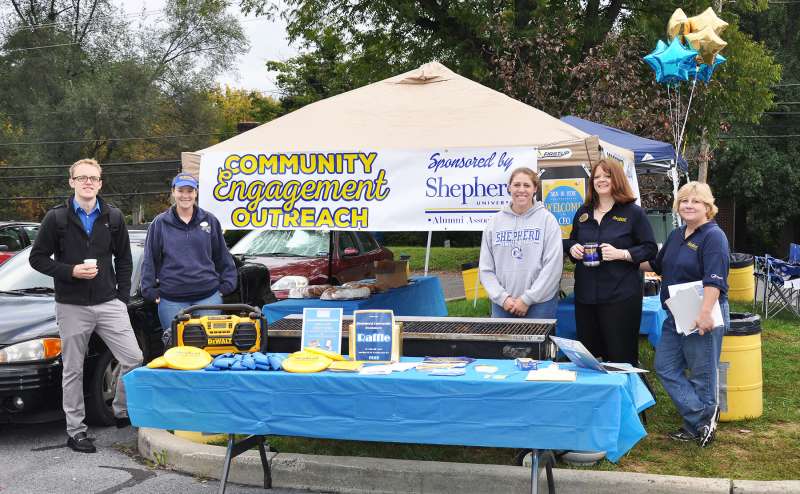 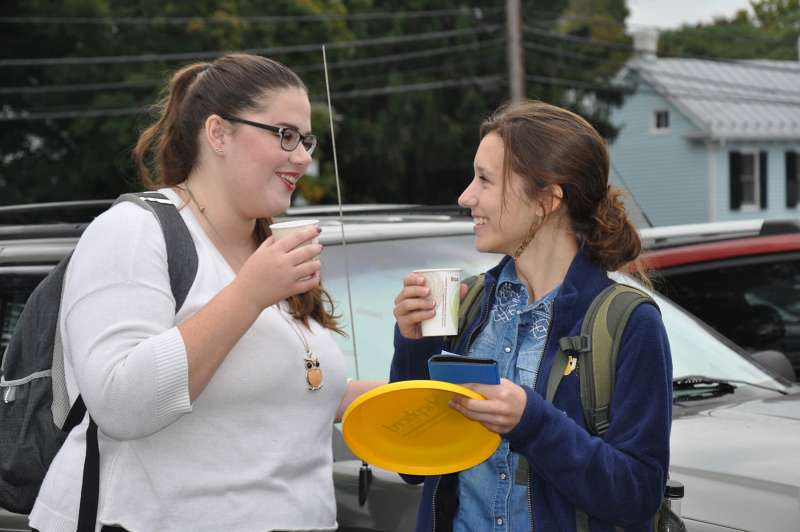 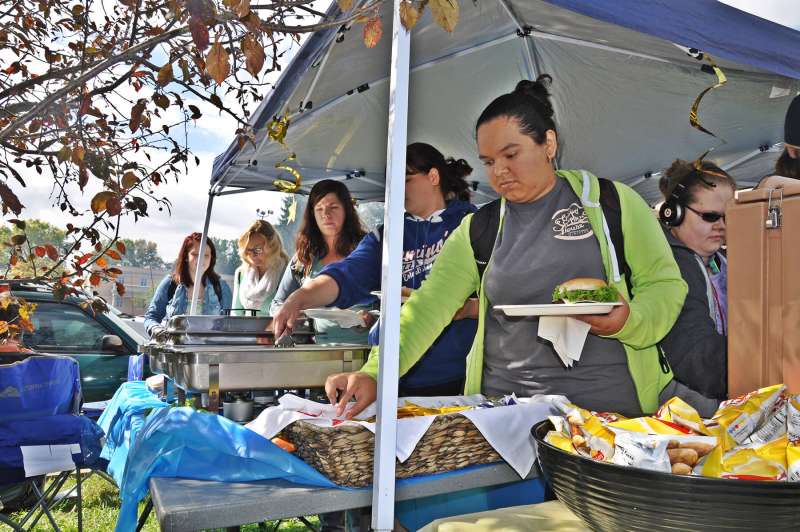 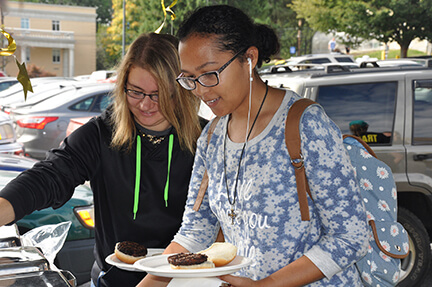 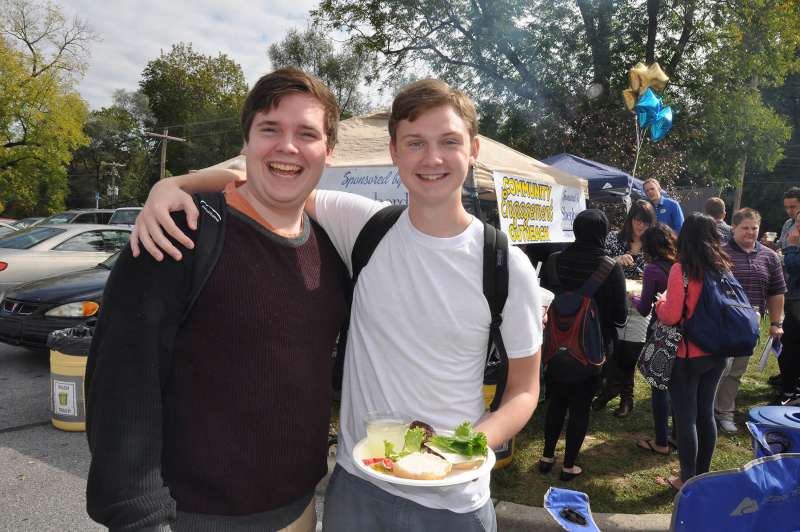 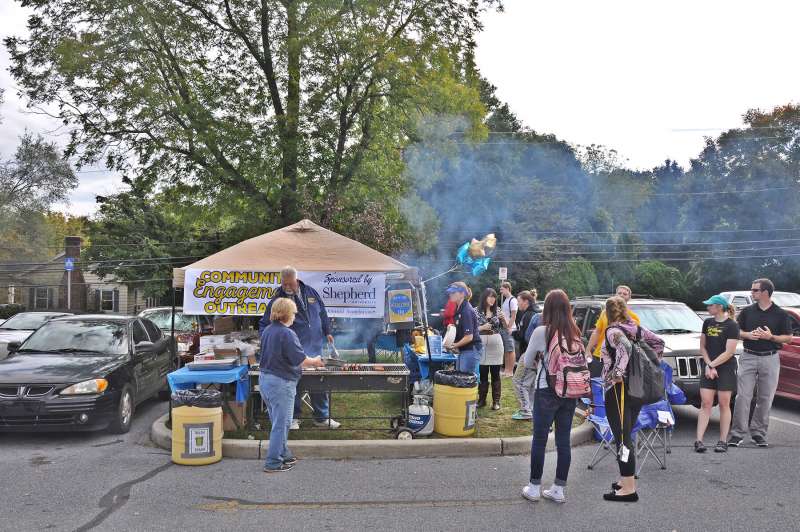