SHEPHERDSTOWN, WV — As the United States prepares to honor all in the military who have served the country on Veterans Day, Wednesday, November 11, two retired U.S. Army veterans want to highlight their positive experience earning degrees at Shepherd University.

Retired Sgt. 1st Class Debra Saunders and retired Staff Sgt. Osmund Anderson of Charles Town both earned bachelor’s degrees from Shepherd. Saunders graduated in 2019 with a business administration degree and Anderson in 2020 with a degree in social work. Both are currently enrolled in Shepherd’s Master of Arts in College Student Development and Administration (CSDA) program. They credit Shepherd’s accessibility services office with helping them succeed.

“We both were successful in completing our bachelor’s degrees with the assistance of the accessibility office,” said Saunders. “The accommodations awarded to us from that office granted us the opportunity to be on the same playing field as other students. They accommodate disabled veterans and all students who may need their services.”

“While we bring unique abilities and experiences to a college campus, the challenge of integrating leads to playing down our identity as veterans in order to blend in better somewhere where we already feel out of place,” Anderson said. “Being at Shepherd, we realized that we definitely did not have this. We felt a part of the Shepherd family because of the faculty and student population.”

Shepherd is a Yellow Ribbon and West Virginia 5 Star Challenge school with a variety of services that support veterans and their families, including a veterans’ support services office, dedicated assistance in the Registrar’s Office, and a chapter of Team River Runner. Currently there are about 160 veterans and dependents enrolled at Shepherd.

“I was injured in Iraq and was sent to the Martinsburg VA Medical Center for treatment,” Anderson said. “While in the program, I researched the area and found it was less expensive for me to resides in Martinsburg instead of Fort Washington, Maryland.”

“I met Osmund, and he asked, ‘how would you like to move to West Virginia?’ and I responded, ‘sure, I have nothing holding me here in Maryland,’” Saunders said.

Once they settled in the area, Anderson and Saunders decided to pursue first bachelor’s and now master’s degrees. Anderson is earning a Master’s in CSDA and Saunders is earning a dual CSDA/M.B.A. degree. They hope to help others find the college success they’ve had either by working at a college or opening their own business.

“During our military service, we had a saying that ‘no soldier is left behind,’” Anderson said. “With that mindset, we believe no student should be left behind. So, we hope to support the students we work with by helping them gain confidence in their academic ability, adapt to college life, and become more independent. Our goal is to work with students and help them grow as individuals.”

“We look forward to encouraging and guiding students to find their way at Shepherd, giving every student an unforgettable experience,” Saunders said. 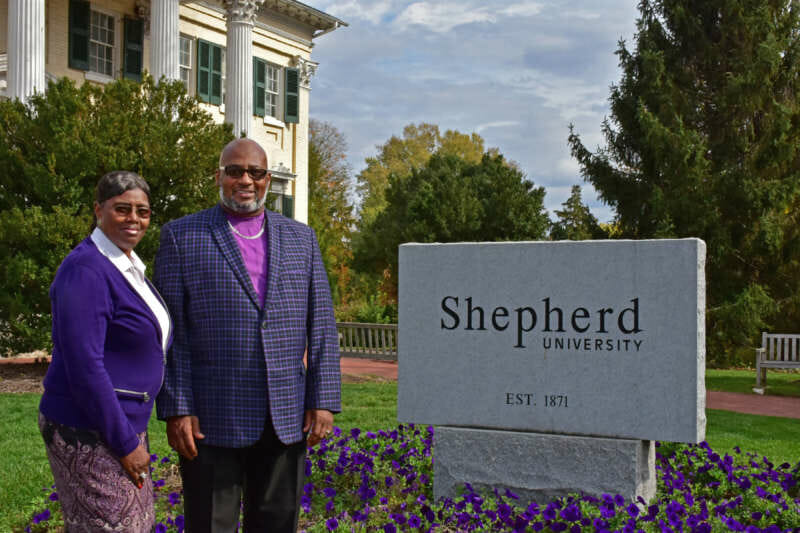 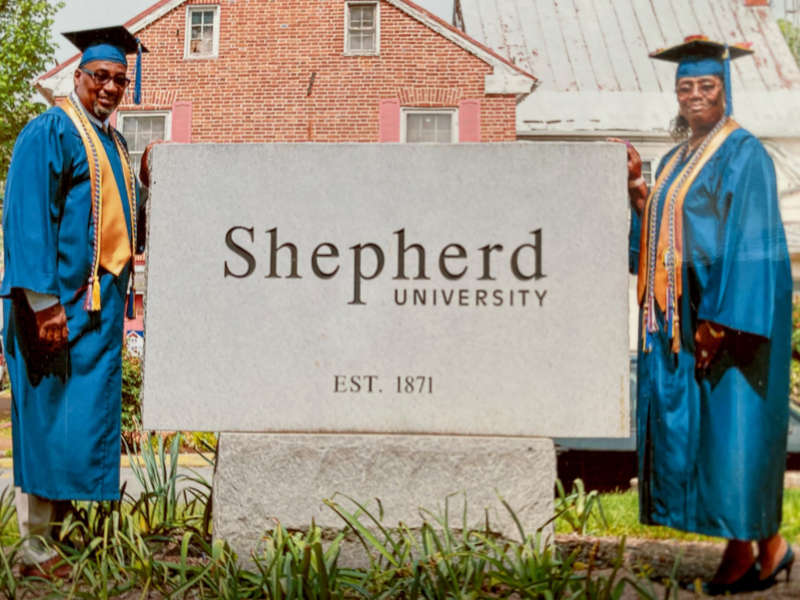