The research involves using mathematical models to help determine the impact of immunotherapy and chemotherapy on a tumor. Wang said manually graphing output data from text files when changing each parameter many times to figure out its impact on tumor growth pattern is time consuming and could lead to errors.

“We need to be able to tell which parameters weigh more than others and how altering certain parameters influences tumor size. That’s called sensitivity analysis. Since we have 48 parameters, it’s a lot of repeat work,” Wang said. “Vasile created a program that allows us to run the numbers in a few minutes with no errors, saving a lot of time.”

Stadnitchii started out sorting through the numbers by hand. After realizing how tedious the process was, he volunteered to use his computer coding skills to create a software program that can do the work. Wang created an Excel spreadsheet template that Stadnitchii used to write the software, which he said took about 15 hours. Once it was finished, Stadnitchii estimates the software cut 20 hours worth of work down to about 30 minutes. Stadnitchii believes working on this project has given him skills he’ll be able to use after he graduates in May.

“There’s real life application because a lot of people do mundane tasks like this and it falls in the category of automation,” he said.

Stadnitchii decided to help with the research because it gives him an opportunity to work with people outside of the CIS department.

“In the real world, if you do get a job somewhere or if you work for a consulting company, it’s important to be able work with clients who are not CIS majors,” Stadnitchii said. “I thought if I could work with biology and math majors I could learn how to communicate to those who are less technically inclined and solve problems that way. It’s been interesting to work with people who are not computer science majors.”

Wang said Stadnitchii’s software has made her job much easier. And she pointed out it has given Stadnitchii an experience he would not have had if he hadn’t stepped outside his area to help with this research.

“He also gained experience working on problems that could affect peoples’ lives,” Wang said. “It’s related to public health and cancer research is one of the most important topics.”

Stadnitchii decided to make a presentation to the Academy of Science conference because he thought others might be interested in automating the data they are collecting in their research.

“I basically presented on what kind of work is automatable,” he said. “If you’re moving data from form A to form B and then graphing it, perhaps you can do that automatically.”

More than 25 students and faculty from Shepherd’s School of Natural Sciences and Mathematics attended the conference, which featured numerous oral presentation sessions and a poster presentation session and provided attendees the opportunity to view more than 100 different scientific presentations. Competitive awards were presented to both undergraduate and graduate students in the areas of Outstanding Poster Presentation and Outstanding Oral Presentation. The West Virginia Academy of Science was founded in 1924 to advance scientific knowledge and to promote science in the state. 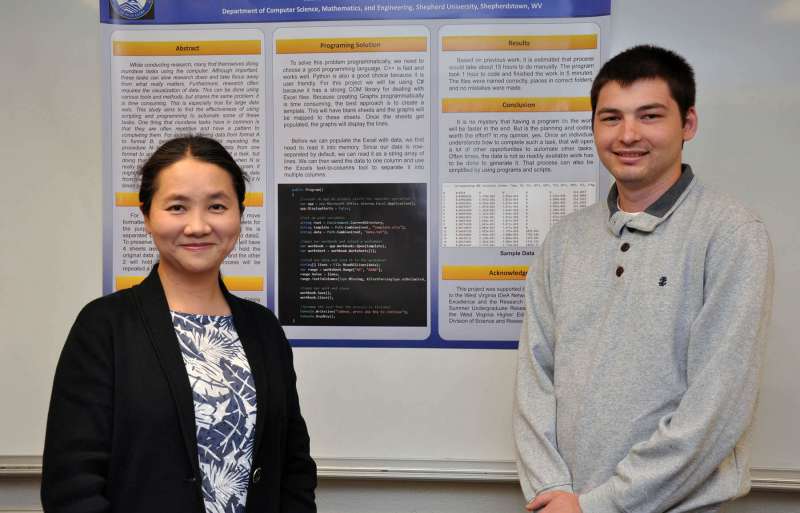 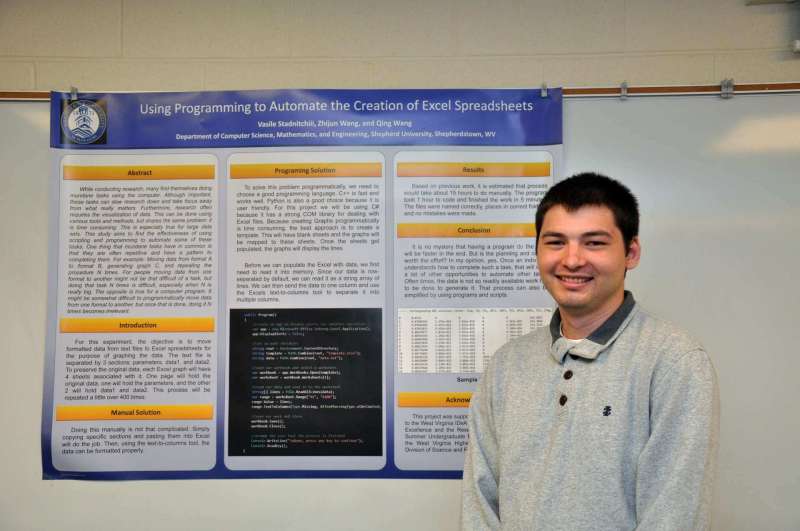