SHEPHERDSTOWN, WV — Shepherd University hosted about 16 international clinicians and law enforcement professionals on March 27 who are touring the United States as part of a U.S. Department of State International Visitor Leadership Program for a project titled Combating Drug Addiction and the Opioid Crisis.

Dr. Virginia Hicks, assistant provost for academic community outreach, said the State Department chose Shepherd as a tour stop because of the university’s involvement with The Martinsburg Initiative and because of the opioid conference the Department of Nursing recently hosted. After attending a program at Shepherd to learn about efforts in the Eastern Panhandle region to fight opioid problems, the group is traveling across the country making stops in Cleveland, Seattle, Chicago, and Albuquerque and Santa Fe, New Mexico. 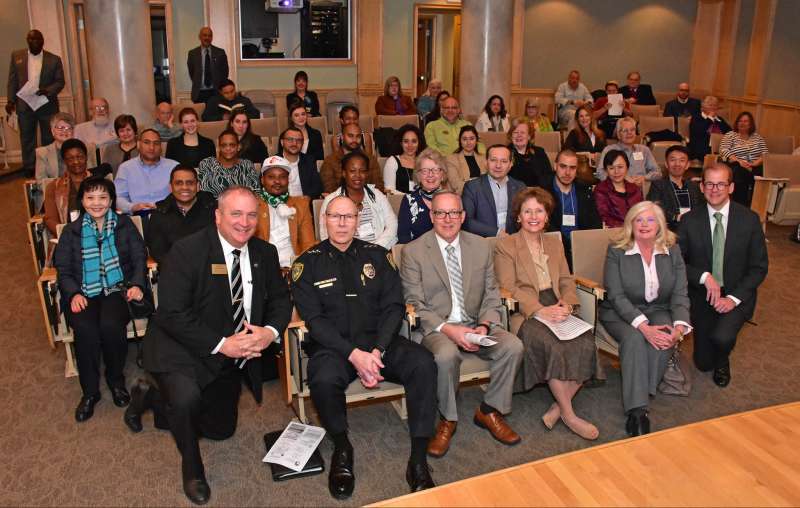