SHEPHERDSTOWN, WV — The space between White and Knutti halls has served many purposes since Shepherd’s founding in 1871. At one time this was the center of the university’s much smaller campus. Old yearbook photos from the early to mid 1900s show classes meeting on the lawn, what looks like a vegetable garden, and students playing on old-time tennis courts with lines created from powdered lime.

In the mid 1990s the space sported asphalt tennis courts surrounded by a chain link fence, both of which had fallen into disrepair. Sonya Evanisko, professor of art and coordinator of painting and drawing program, along with other community and campus members, envisioned creating a garden to replace the old, rundown courts—a natural space that would provide a peaceful respite from hectic schedules and a place where wildlife could find refuge and support.

Shepherdstown residents and landscape architects Karene Motivans and Stuart Wallace donated their time and talent to plan the Town Run Garden. It consists of five triangular beds and a central pathway, with a semi-circular area where one day a special feature, like a fountain, can be installed.

Evanisko said she teamed up with Shepherd’s former vice president for advancement, Jim Watson, to write grants to get the money needed to build the garden, which included buying soil to create the raised beds and purchasing plants.

“From the very beginning the landscape designer suggested having a native woodland garden would be the way to go because when you’re dealing with plants that are native to the Potomac and Shenandoah region, the amount of maintenance as far as watering and fertilizing is minimal,” Evanisko said.

Volunteers help take care of the garden, which Evanisko said costs very little for upkeep. The Potomac Mecklenburg Garden Club maintains one of the five beds. A mulberry tree is one of many plants that provide food and shelter for wildlife.

“The native plants I think provide a great resource for the birds and small mammals in this area to overwinter, offering a place to shelter,” Evanisko said. “The mammals can collect seed heads as food and the berries. The garden provides food that is native to the wildlife that lives in this area.”

And—just as it did in that earlier photo from an old yearbook—the garden still serves as an outdoor classroom. On a nice day you often see classes meeting there, some of which actually study the plants that grow in the garden.

“What you are looking at are native wildflowers that come up in the spring like the trillium, Dutchman’s breeches, black cohosh, jack-in-the-pulpit, native ferns, and many things of that nature,” she said. “Students can learn about identifying them, their purposes, and what they provide to the wildlife.”

Many of the plants in the garden were relocated from the other end of campus. Woodland full of native trees and wildflowers once covered the property where Dunlop and Printz halls, tennis courts, and the soccer field now sit. Evanisko said Dr. Carl Bell, professor emeritus of biology, had used that land as an outdoor classroom for years.  So, as an Earth Day project in 2005, the year construction began on the apartment-style housing, she and Bell got a group of students together for a native wildflower reclamation. Bell identified the important plants, which were then moved to the Town Run Garden.

“From that day they have been multiplying because the conditions here, which are shady and semi-damp when there’s not a summer drought, have really supported them,” Evanisko said. “I feel good about that history—things that were going to be completely bulldozed and asphalted over are surviving and multiplying.”

Evanisko said her favorite place in the garden is the bed closest to White Hall “where there are just these graceful ferns that blow in the wind, and in the understory of the ferns are sweet things such as bleeding hearts, Dutchman’s breeches, little trilliums, and jack-in-the-pulpits. In early spring, underneath the arches of those ferns, I love that little, subtle pop of color.”

Evanisko also enjoys walking down the center path with its archway of red bud trees.

Evanisko said volunteers are always welcome to help with Town Run Garden, especially during the fall and spring months. For more information, contact her at sevanisk@shepherd.edu. 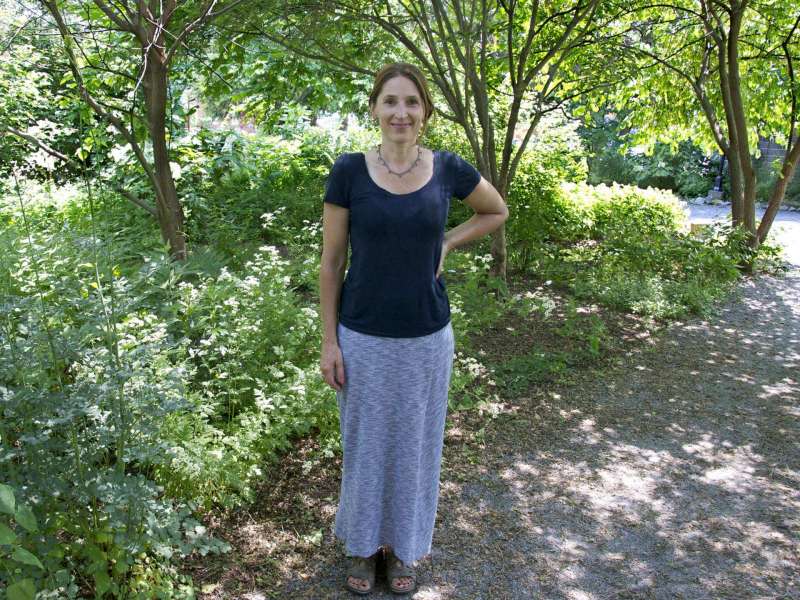 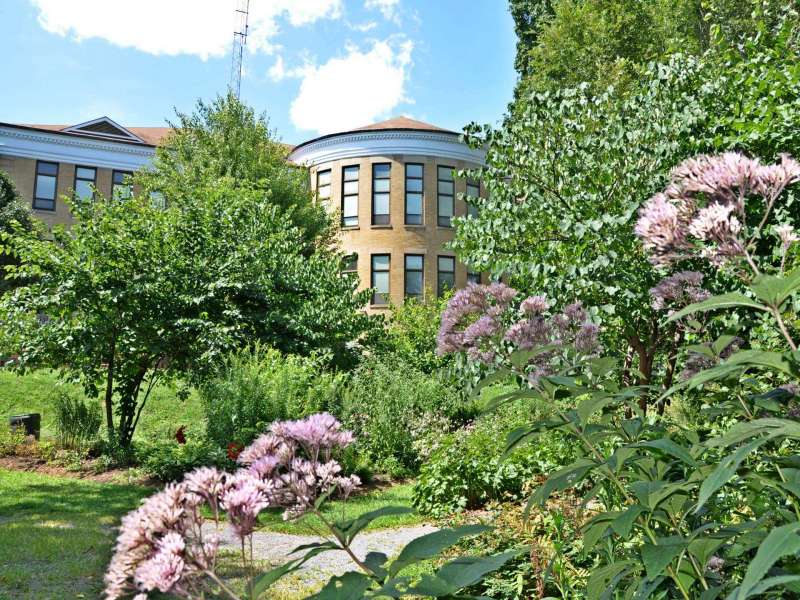 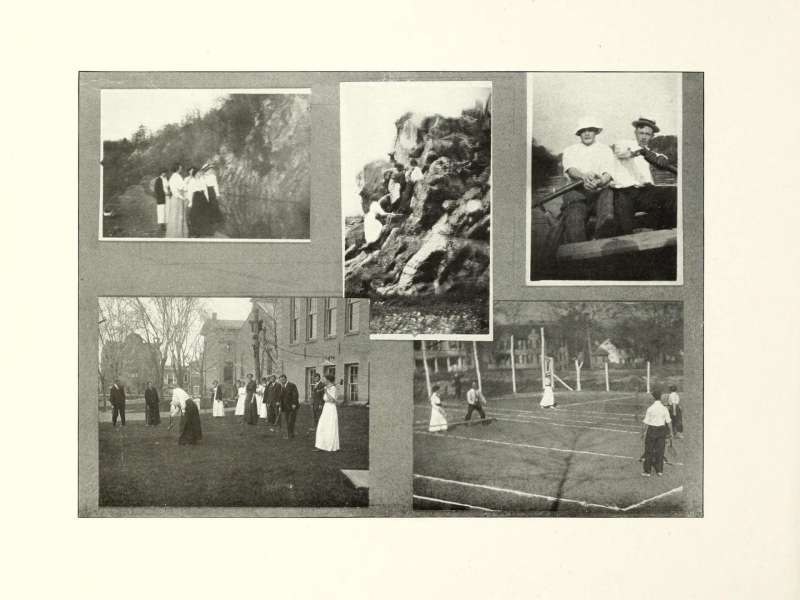 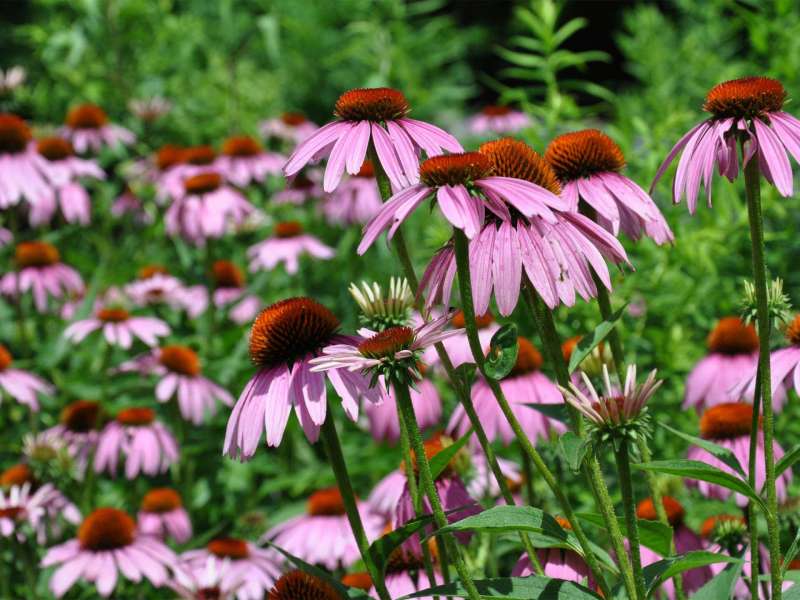 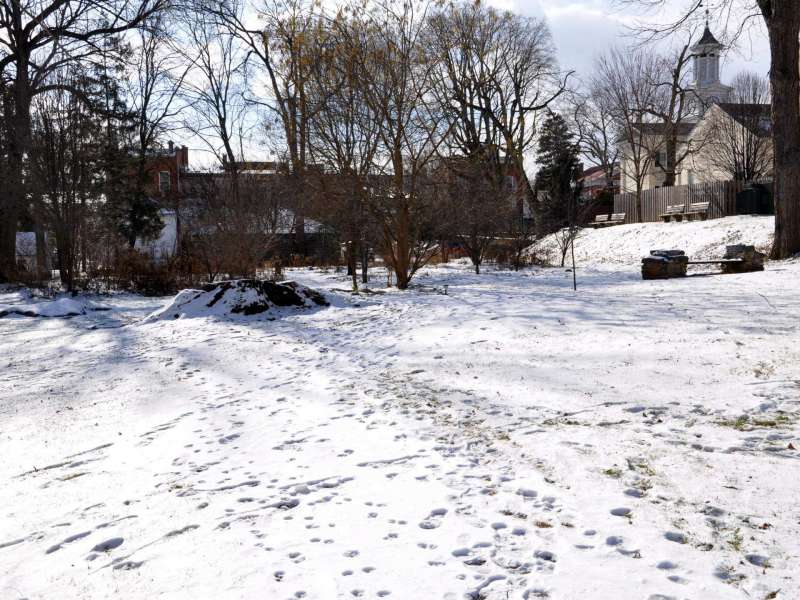