Toole’s compositions to be performed October 15-16

SHEPHERDSTOWN, WV — A Winchester, Virginia, chamber choir will perform original compositions and arrangements by a Shepherd University professor during a concert later this month. Winchester Musica Viva will perform works by Dr. Georgiann Toole, associate professor of education, on Saturday, October 15, at 8 p.m., and Sunday, October 16, at 4 p.m. at Grace Evangelical Lutheran Church in Old Town Winchester. The concert, titled “A Composer of Our Own,” costs $15 for adults and is free for children 10 and under and students with an ID. Tickets will be available at the door.

The title of the concert comes from the fact that Toole has been a member of Winchester Musica Viva for more than 20 years, although she will not be performing during this concert. Instead, Toole will be in the audience watching others perform her work.

“I think a lot of things go through my mind when I listen to my works,” Toole said. “The first thing is that I’m always self-critical. For this concert, I’m sure that I’ll also feel a profound gratitude that musicians I respect wanted to take this on and found it was worth communicating this music to the audience.”

The concert will feature arrangements of folk songs, gospel tunes, and original compositions based on text by Emily Dickinson and Saadi, a 12th-century Persian mystic poet. There will also be an excerpt from the Evensong service she wrote for the Piedmont Singers of Middleburg, Virginia, for the group’s 2015 residency in York, England. Toole said the concert will offer a mix of acappella pieces, as well as several with piano and violin accompaniment. One piece is not sung at all—it is a violin and piano instrumental that has never been performed before and was inspired by a trip Toole took this past summer to Scotland.

“I went up into the lakes, or lochs, and over and over you hear everybody’s interpretations of the origins of the ‘The Bonnie Banks o’ Loch Lomond,’” Toole said. “That tune was playing in my head for a while and I thought it might be kind of fun to play with that without the voices.”

Toole said that tune, titled “Highlands,” starts out with stark, spare musical lines reminiscent of the Scottish landscape, but gradually warms up.

“It moves into a good, old-fashioned, foot-stomping fiddle tune at the end,” she said. “I’m excited to hear that.”

Toole started arranging and composing during her first career. After graduating from Shepherd with a B.A. in music education, she worked as a public middle school music teacher. She said there was very little at the time that was written for choral groups that age.

“Middle school voices are tough,” she said. “There’s a lot of change. There’s a limited singing range for some kids, but they still need challenges and they need to learn to stretch musically. It was frustrating to find so little quality music for them that would help them to develop their voices and also be interesting enough to keep them motivated.”

Ever since, Toole has arranged and composed music for any group she’s been involved with.

“Whether it was a church choir, community choir, or school choir, I’ve always found myself filling in gaps in the concert by writing pieces,” she said. “Now groups beyond those with whom I work are requesting my pieces. That’s an honor.”

For more information about the concert, visit http://winchestermusicaviva.org/. 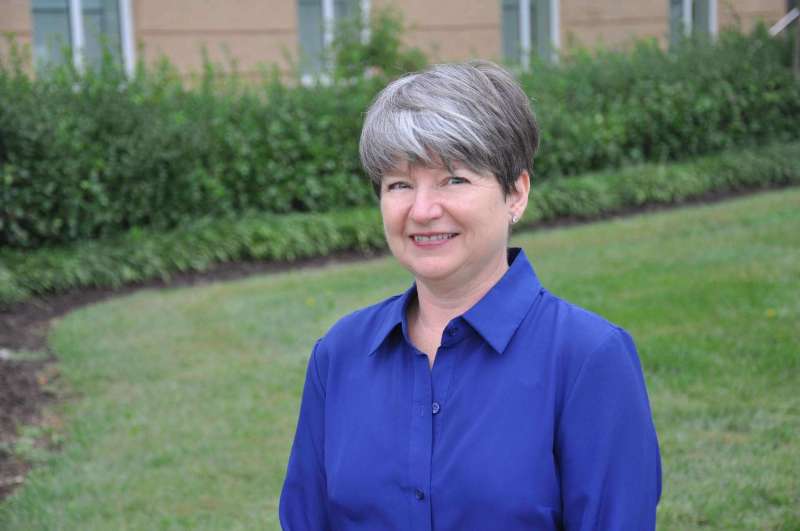