SHEPHERDSTOWN, WV — When the Piedmont Singersof Middleburg, Virginia, performs during a residency at York Minster cathedral in England July 27-August 3, Shepherd University professor Georgiann Toole’s composition of the Evensong, or afternoon service, will be featured.

The choir’s director, Wendy Oesterling, asked Toole, who is an associate professor of education and coordinator of the M.A.T. and M.A. in Curriculum and Instruction programs, to compose the music for the Evensong service that the choir will sing each afternoon at 4:30 in the cathedral. Evensong is an evening prayer service in the Anglican Church that dates back to the 1500s.

Toole said she spent last summer composing the music. The choir started rehearsing it in February. Toole said the service always includes the “Magnificat” (“Song of Mary”) and the “Nunc dimittis” (“Song of Simeon”).

“In an Evensong service there’s a particular text you expect to hear, but what shape that takes is up to the composer,” she said. “The ‘Magnificat’ is a text I’ve worked with before. I especially like that it’s one of the rare pieces that’s attributed to a woman, in this case to Mary, and a very young Mary.”

The “Magnificat” comes from the Gospel of Luke and contains words spoken by Mary when she visited her cousin Elizabeth, who is pregnant with John the Baptist. Toole said composers often start by creating the melody first, but she prefers taking a harmonic approach, starting with the underlying chord structure.

“I want it to have a particular feel and mood, and that usually comes from the harmony,” she said.

In the case of the “Magnificat,” Toole said she tried to take a more feminine approach and to create melodies that are reflective of the thought patterns of a young woman.

“I made a lot of effort to give the voice parts a harmonic approach that was kind of lush and, for lack of a better word, pretty.”

“Nunc dimittis” also comes from the Gospel of Luke. The Holy Spirit had told Simeon, who was an old man, that he would not die until he had seen the baby Jesus.

“To kick that off I started with just a little tiny motive that to me sounds like a sigh, and that happens again in the organ part, and the voice parts build from that,” Toole said.

Toole, who began singing in choirs in the 1970s when she was in junior high school, said it can be a bit intimidating to compose music for acenturies-old tradition that so many others have worked with before.

“Having been a choral musician for so long, I have sung so many settings of both of those texts and to have to put all of that aside–which I suppose you never can completely do because you still have the influence of everything you’ve ever done before–is challenging,” she said.

She also had to keep in mind the large and grand space the choir would be performing in during its residency in England.

“There’s a reverberation that can be several seconds long so you do tend to write more long chords because something that is really busy vocally will kind of get mushy in that space,” she said. “Which is not at all problematic because the text gives you that in so many places.”

Toole, who has a B.A. in music from Shepherd, has spent most of her 40-year musical career singing in choirs. She has composed for about the last eight years and enjoys seeing her work performed.

“I love it. It’s fantastic to be able to give voice to that kind of feeling and to have singers and conductors take it and make it theirs as well,” she said. “It’s not just my piece anymore. It belongs to the people who are performing.”

Toole is looking forward to sitting in the audience while the choir performs her version of Evensong at the York Minster. She will also sing with the choir for other performances planned during the residency.

Listen to the interview with Dr. Georgiann Toole HERE. 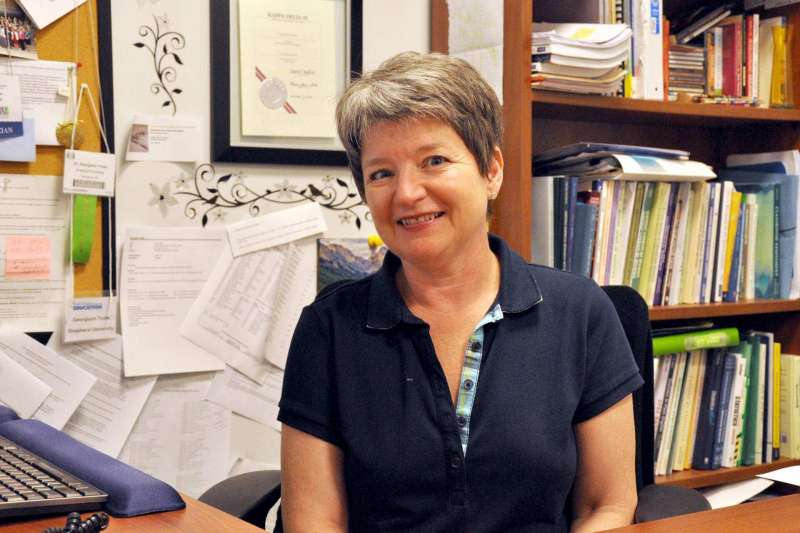