“Almost, Maine” was developed at the Cape Cod Theater Project in 2002 and received its world premiere at Portland Stage Company. It later opened Off-Broadway and has gone on to become one of the most frequently produced plays of the past decade. Critics have called “Almost, Maine” the “Our Town” of the 21st century and The New York Times hails it is as a “whimsical approach to the joys and perils of romance.”

The production runs Friday and Saturday, October 28-29, and Thursday, Friday, and Saturday, November 3-5, in the Center for Contemporary Arts II Marinoff Theater. All performances begin at 7:30 p.m. and are free and open to the public. No reservations are required. Seating is general admission. For more information, contact Joshua Midgett at jmidgett@catf.org or at 304-876-3304. 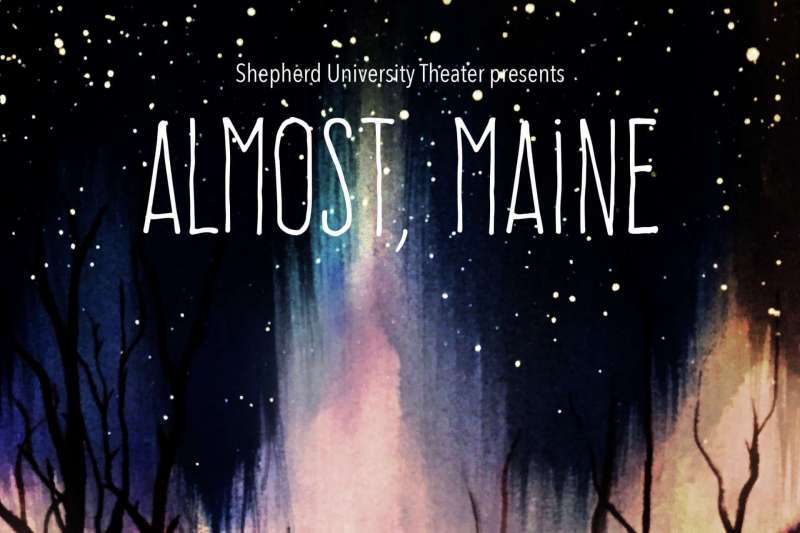 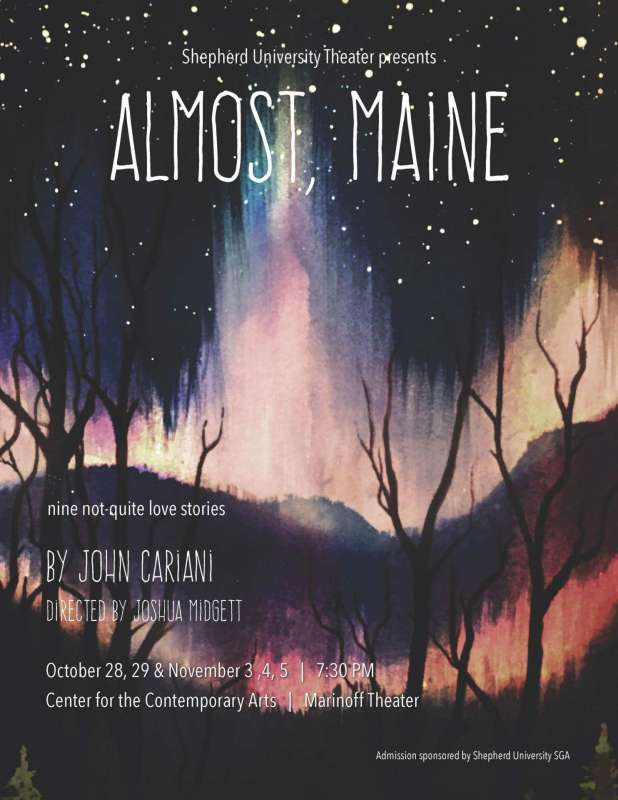