SHEPHERDSTOWN, WV — Three Shepherd University students will make a presentation at the East Coast Colleges Social Sciences Association annual meeting April 1, 2016 in Herndon, Virginia, on the findings from a multicultural education project that included a diversity workshop that took place on campus this fall. The October 1 workshop, titled “From Diversity to Multiculturalism,” brought together a diverse group of about 140 people from the campus and the community to talk about how structural and institutional discrimination impacts everyone.

Participants, some of whom came from various cities across West Virginia and from New York, Virginia, and Maryland, viewed Shakti Butler’s documentary “Cracking the Code: The System of Racial Inequity” and discussed issues raised in the film. In a workshop format, 14 panelists and attendees shared their knowledge and provided personal stories about structural and institutional discrimination.

Dr. Chiquita Howard-Bostic, chair of the Department of Sociology and Geography, organized the event. The Paul and Lisa Welch Endowment provided $1,000 and Shepherd’s Alumni Association and Office of Multicultural Student Affairs contributed $500 each for the dinner and workshop.

“Multicultural initiatives can help us develop ideas and better understand people,” Howard-Bostic said. “One of the best ways to engage others is through fellowship, by connecting with people, and through interaction that encourages comfort.”

Howard-Bostic and a student research team conducted a survey before and after the event to gauge how participants felt about multiculturalism and to determine whether perspectives were broadened. The students have also collected additional data and done research on multicultural education.

Lisa Carden-Watson, a sociology major from Bunker Hill, Rachel Tysor, a nursing major from Martinsburg, and Millicent Aubee, a nursing major from Silver Spring, Maryland, will present the results of the survey and research at the meeting in April. All three bring a different perspective because they either came from or grew up in other countries.
Carden-Watson moved to the United States from Germany about four years ago, Tysor grew up in a military family that moved all over the country and the world, and Aubee is originally from Sierra Leone. They all agreed the event provided a good opportunity for a large, diverse group of people to focus on commonalities as well as differences.

“Where I’m from there’s a different stratification than there is in the States,” Carden-Watson said. “I feel we’re very obsessed with categorizing people into different races and gender in this country—more than I’ve seen in other places before. That was most surprising.”

“It was a wonderful experience to see people coming together and interacting with one another during the workshop,” Tysor added. “Talking about race and diversity can be a very sensitive issue to most people.”

“It was just great to have an opportunity to have an event where you get to talk about inequality because I believe that if you don’t shine a light to it, it never gets addressed,” Aubee said. “Hopefully the dynamic stories and experiences presented will spill out to the community and impact policy formation.”

Howard-Bostic believes the dialogue on race relations came at a good time.

“Given the direction of the Black Lives Matter movement and various efforts across university campuses to promote race relations, it is evident that unity and communication are in order,” Howard-Bostic said. “The Shepherd community will continue this conversation. People need to understand that the story of race relations is not only about Black people. It’s a story about everybody.”

“Positive social change starts when community members acknowledge social inequity and then engage in dialogue and reflection,” said Dr. Tom Segar, acting vice president for enrollment management and chair of the Diversity and Equity Committee, who added that the project provides a great opportunity for the students involved.

“The student researchers not only learned from organizing the event with Dr. Howard-Bostic, they experienced the meaningful dialogue that took place within the four-hour workshop,” Segar said. “Further, they gained essential competencies needed to collect, analyze, and interpret data, and will learn more about sharing the results and implications as part of their research presentation.”

Listent to the interview HERE. 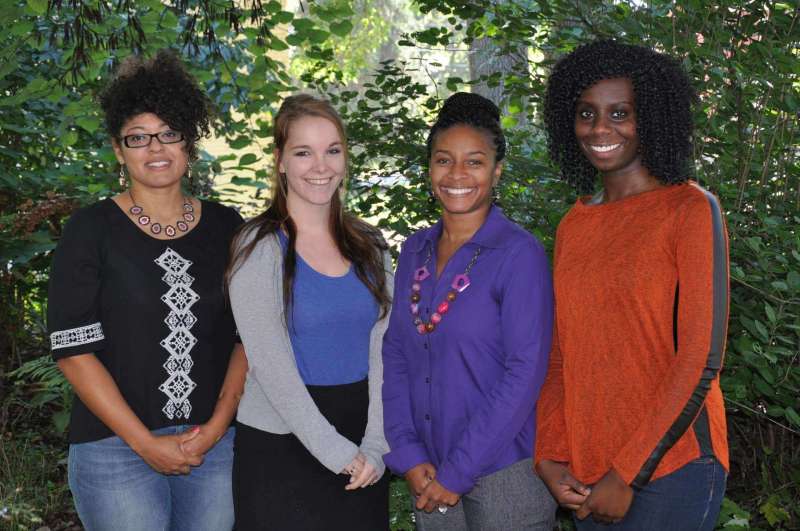