SHEPHERDSTOWN, WV — Several Shepherd University students and a faculty member were among those honored during the 70th Annual Student Recognition Day April 18.

Taylor Bird, a social work major from Charleston, and Da’Shawn Long, an R.B.A. student from Winchester, Virginia, received the Dr. Oliver S. Ikenberry Award for Human Service. The $250 cash award goes to one female and one male graduating student for exemplary human service to Shepherd as evidenced by campus leadership, community service, and overall achievement. Ikenberry served as Shepherd’s president for 21 years, from 1947-1968 and the administration building, Ikenberry Hall, is named in his honor. His daughter, Dr. Jane Ikenberry-Dorrier, presented the award to Bird and Long.

Dr. Stephanie Slocum-Schaffer, associate professor of political science, received the Mentzer Award for Inspirational Teaching. Retired teacher and Shepherd alumna Susan Mentzer-Blair and her husband, Bill, created the award in honor of her brother, Dr. John Thomas Mentzer, a former college professor. The $1,000 award goes to a full-time professor recognized for being particularly inspiring and having a profound effect on his or her students. Spencer VanHoose, a political science major from Martinsburg, nominated Slocum-Schaffer.

Morgan Breeden, Summit Point, received the Lowe Family Award for outstanding service to the university and high academic achievement. Funded by the Lowe family of Shepherdstown, the award honors a student based on outstanding service to the university as well as high academic achievement. A tree is planted on campus in honor of the recipient. 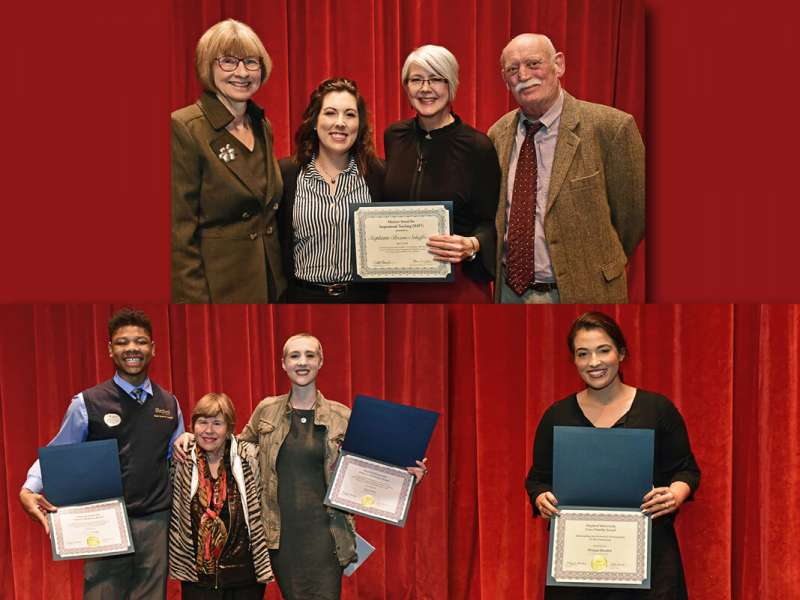 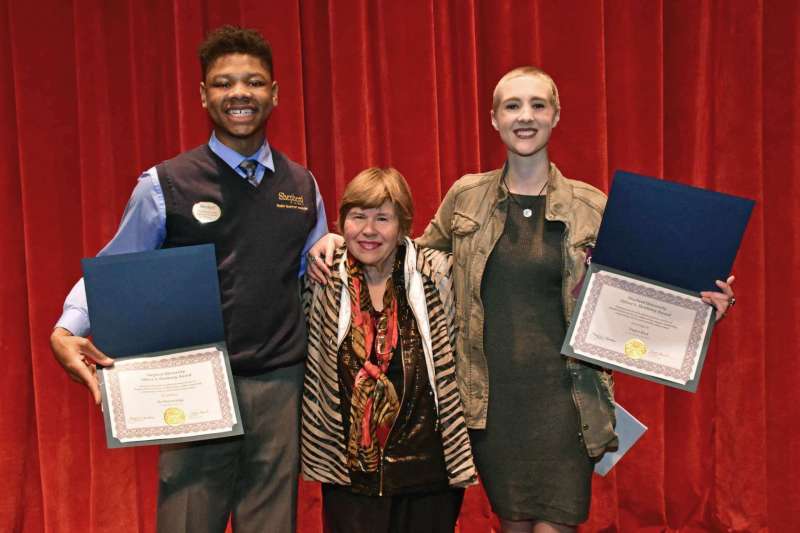 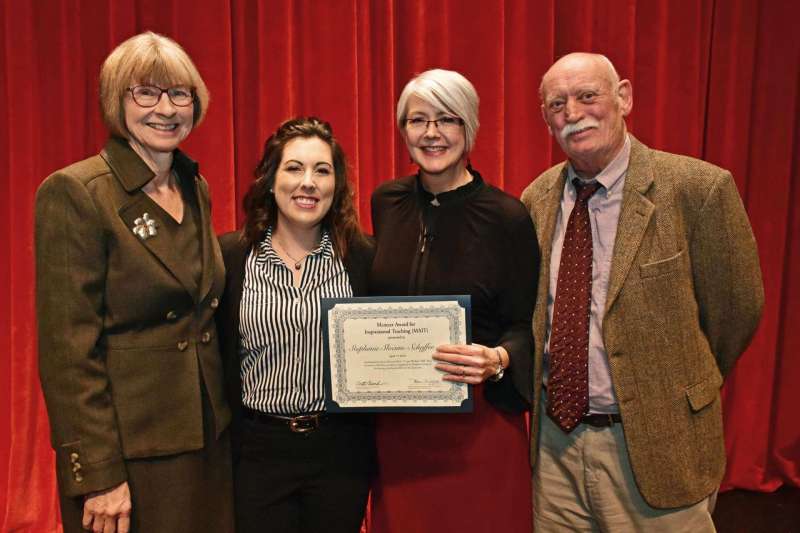 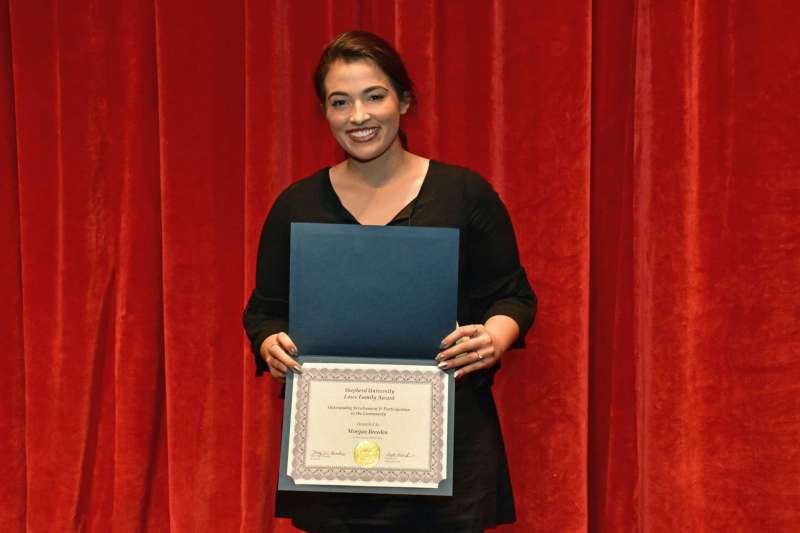