Rachael Meads, director of student activities and leadership who advises the student Homecoming committee, said this was more than 1,000 pounds more non-perishable food than was generated during the previous year’s drive.

“Our goal was to exceed 2,000 pounds of food for local families in need, and the students embraced the challenge and exceeded that goal,” Meads said.

John Cloyd, of Jefferson County Community Ministries, who received the donations from Shepherd, said that this donation came at just the right time. During the holidays, many people choose to donate. However, in other times of the year, stock for the food pantry can become low.  JCCM provides short-term emergency services and transitional services to Jefferson County residents in need as well as life skills training and support. 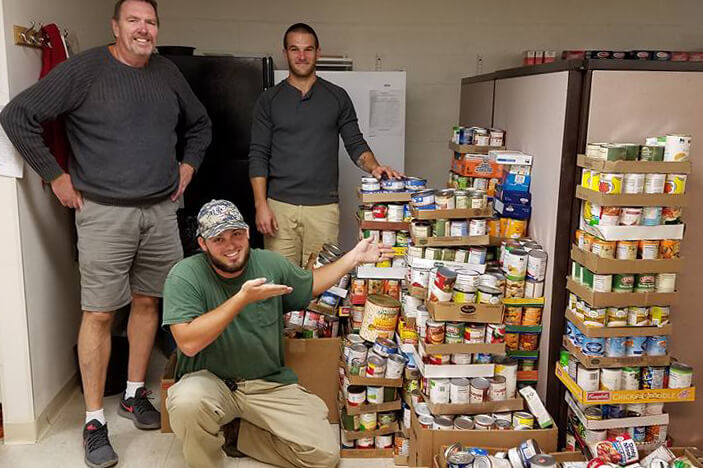