SHEPHERDSTOWN, WV — A new exhibit at the Belle Boyd House, 126 E. Race St., Martinsburg, will give visitors a glimpse of what Berkeley County was like during World Wars I and II, thanks to efforts by two Shepherd University historic preservation/public history majors. Susan Crowell, Hagerstown, Maryland, and Alex Shanholtzer, Martinsburg, have been putting the exhibit together as part of their internship.

The exhibit is located in an upstairs bedroom of the house, which was the childhood home of Civil War spy Belle Boyd. Crowell and Shanholtzer spent a great deal of time researching the topic in the Berkeley County archives, and cleaning and painting the room before they installed the exhibit.

“It focuses on Berkeley County in general and what everyday life was like from the victory gardens, to the workers and what they were doing such as collecting scraps, and the rationing,” Crowell said.

“We’re both history majors and this is what we love to do,” Shanholtzer added. “It’s kind of like being a detective and getting to rummage through history. It’s pretty neat.”

Shanholtzer’s favorite part of the exhibit is the home scene, which is set up in one corner between two windows. It includes a Victrola Credenza that plays old 78-speed records. A mannequin dressed as a Boy Scout sits in a chair in front of the Victrola and a mannequin standing nearby is dressed as a mom. The scene represents what a home might have been like when dad was off fighting the war.

“Our mother is in period attire with her dress and apron,” Shanholtzer said. “On the table we have a period camera from the ’20s and the safe steel hairpins. They would have reused things like that. This is our home front room, so we wanted to show people what they would have found if they walked into in a home at that time.”

The objects in the exhibit came from the Berkeley County Historical Society archives, which are housed in a building next door. Shanholtzer, who has a strong interest in music, said he was excited to be able to display the Victrola. He even figured out how to repair it and get it to play records from the era.

“So opening night we had some authentic 1926 Victrola noise going on,” he said.

Crowell is most excited about the hands-on display in the center of the room, which is geared toward younger visitors.

“People can learn what food you could buy under the rationing system, and how they encouraged victory gardens,” she said. “It also includes a recycling center with a game where visitors can match what everyday items like paper bags, paper clips, stockings, and rubber bands would have been used for during wartime. They were used for things like gas masks, weapons, and parachutes.”

The exhibit also has information about four movie theaters that were operating in downtown Martinsburg during that era, the role of the old Kings Daughters Hospital in educating nurses who served the local community and in the wars, and a diorama of a victory garden. Crowell and Shanholtzer are working with Carol Appenzellar, curator at the historical society, who is excited they are interning there.

“They’re high energy, have good ideas, work well together, need little supervision, and they pick up the tasks quickly and hopefully they’re learning a lot about collection management as well because that’s the topic of this internship,” Appenzellar said. “Since we’re an all-volunteer organization, we do need the help. And we’re interested in reaching out to the younger generation because they are the ones who are going to carry on history in the future. We need to keep the excitement going, and these two have certainly proven they are carrying the baton forward.”

Their work at the Belle Boyd House helps Crowell and Shanholtzer fulfill the historic preservation and public history concentration requirement for a 400-hour internship. Dr. Keith Alexander, assistant professor of history, said most students spend the summer before their senior year interning.

This year 15 students are participating in internships at various places nationwide, including at the Washington County Historical Society in Hagerstown, Maryland, the Vieux Carré Commission in New Orleans, Antietam National Battlefield, and the U.S. Fish and Wildlife Service National Conservation Training Center archives. They are working in areas like textile preservation and archives management, and disaster planning for historic districts.

“This lets students get hands-on experience in a preservation- or public history-related field, which pays off in terms of future employment,” Alexander said. “It also allows them to get started on the research they will present for their capstone project.”

“I’m truly proud of these students who are out there in the field making a difference in the preservation arena while getting hands-on experience,” he added.

The exhibit designed by Crowell and Shanholtzer will remain at least until the end of the year. The Bell Boyd House is open Monday through Friday from 9 a.m.-5 p.m., and Saturday and Sunday from 9 a.m.-4 p.m. Admission is free, but donations are accepted.

Listen to the interview with Susan Crowell and Alex Shanholtzer HERE. 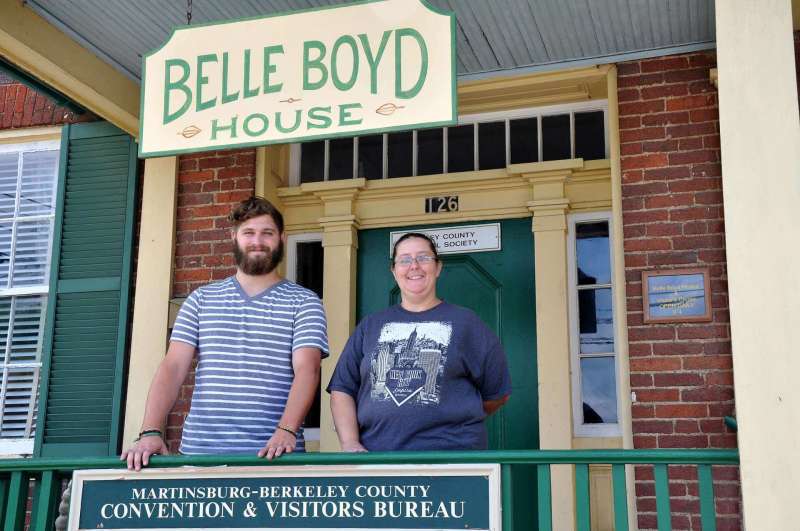 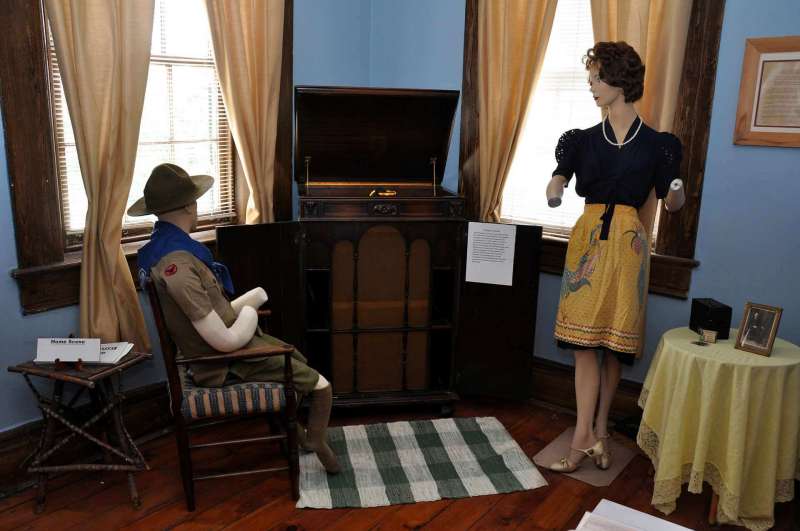 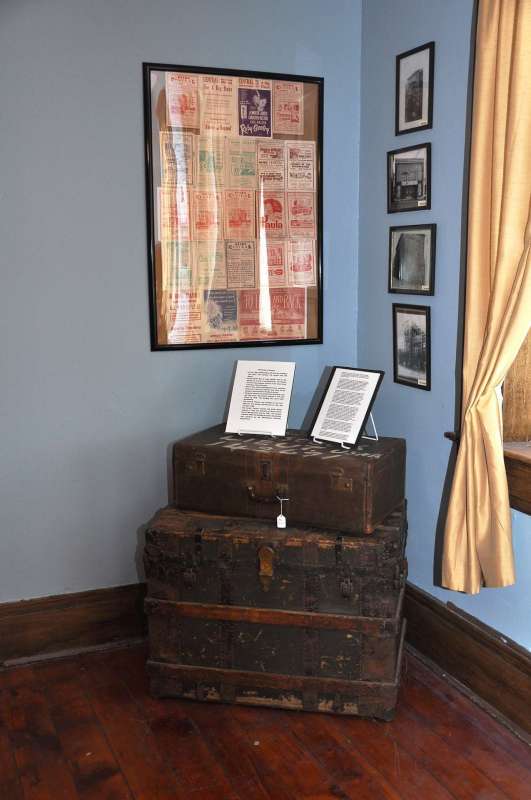 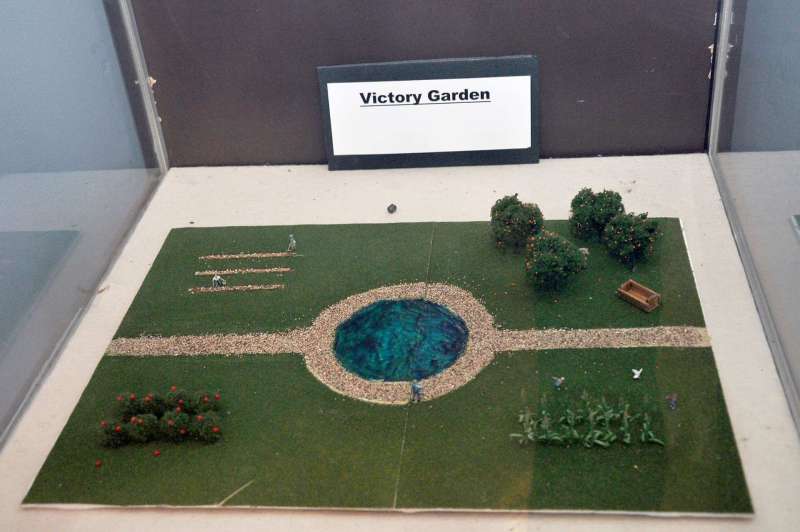