SHEPHERDSTOWN, WV — There has been an increase in Shepherd University professors utilizing the Lifelong Learning program in their regular courses. Earlier in the semester the First-Year Experience program teamed up with Lifelong Learning for a class, and more recently Dr. John Splaine, adjunct professor, had his West Virginia and Appalachian history class attend a Café Society discussion about whether abolitionist John Brown, who led a raid on Harpers Ferry in 1859 in an attempt to free the slaves, was a murderer or a martyr.

“One of the major goals of the university is to encourage students to become lifelong learners so they don’t just stop when they get degrees and leave college,” Splaine said. “We put them together with lifelong learners who see the world a little bit differently than they do. The whole idea is that when you get together with people who see things differently, you learn from that and you think more because you hear a different perspective.”

During the Café Society meeting in the Student Center Cumberland Room, everyone sat in a big circle while Lifelong Learning members Jack Young and Tim Murphy had about six minutes each to present their arguments about whether John Brown was a murderer or martyr. Initially Young gave a short presentation portraying Brown as a martyr. Murphy rebutted with a presentation on why Brown was a murderer. Then the two switched sides and presented a second argument taking the opposite position. After hearing the presentations, the students were asked to determine Young and Murphy’s true opinion, and then a discussion ensued.

Splaine, who is also a Lifelong Learning member, said having his students attend a Café Society discussion puts them in a different environment than their normal classroom and allows them to hear and learn from a different perspective.

“You can’t help but change your point of view, change it slightly, and/or add more information to what you think you already know,” Splaine said. “I think it’s a very instructive process.”

Splaine estimates three quarters of the students in his class are education majors. He said going through this exercise also gives them a new method they can potentially incorporate into their classrooms when they start teaching. He plans to bring the class back to the Café Society on October 13 for a discussion about West Virginia statehood.

“I would love for more professors to utilize these learning avenues,” she said. “It gives an excellent opportunity for both sides to learn from each other. I think it just enriches the conversation more when you pair the students with the lifelong learners.”

Rice encourages faculty, staff, students, and community members to participate in Lifelong Learning discussions at both the Café Society and brown bag lectures. The Café Society meets Tuesdays from 8:30-10 a.m. in the Student Center Rumsey Room. It is free and open to the public. The Brown Bag Luncheon Lectures are scheduled on Wednesdays from 12:30-2 p.m. at various locations. The lunches are open to the public for a $15 fee and are free for members.

For more information about the Lifelong Learning program call Rice at 304-876-5135 or visit www.shepherd.edu/lifelonglearning.

Listen to the interview with Dr. John Splaine HERE. 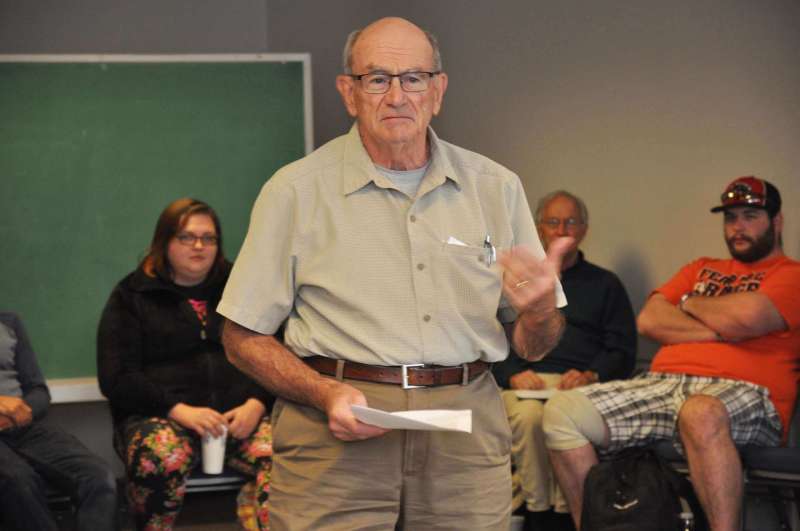 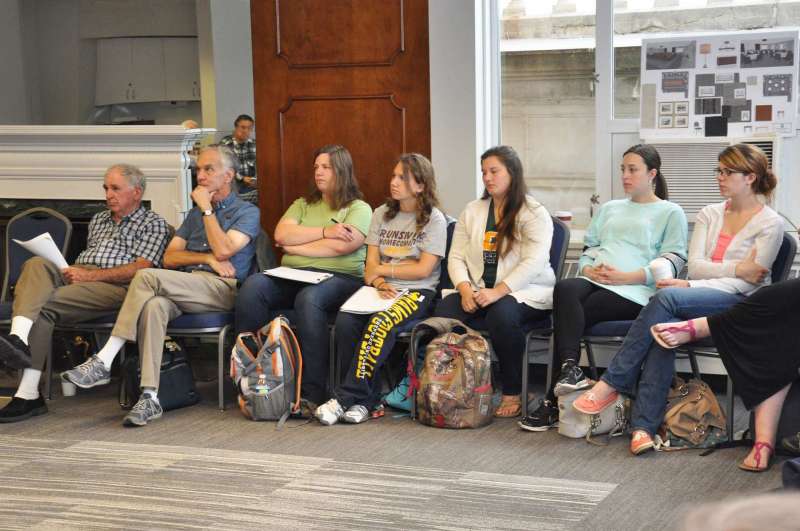 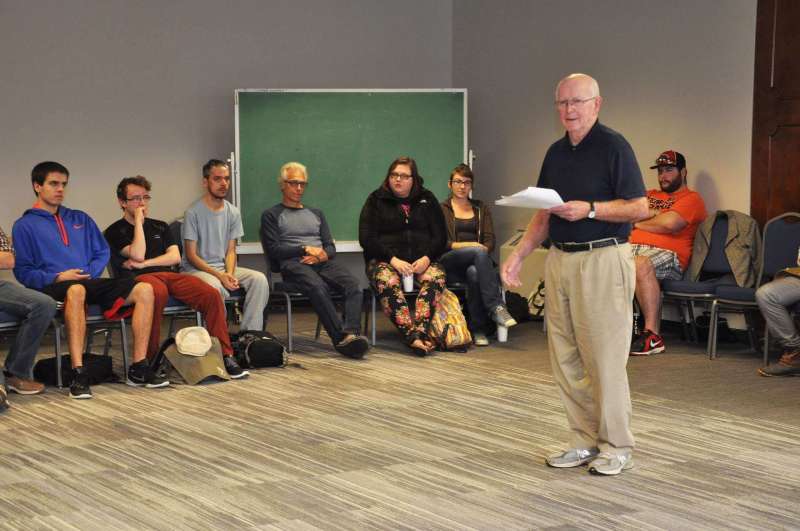