Student nominations being accepted for Mentzer Award for Inspirational Teaching

SHEPHERDSTOWN, WV — Shepherd University is now accepting student nominations for the second annual Mentzer Award for Inspirational Teaching (MAIT). All Shepherd students are invited to nominate a professor for the award and describe how that professor has made a difference in the student’s life or the life of a classmate. Students may submit nominations through February 16 to Amy Speck in the Office of Academic Affairs at aspeck@shepherd.edu.

The Mentzer Award for Inspirational Teaching was created by alumna Susan Mentzer-Blair and her husband, William “Bill” Blair to honor a full-time professor recognized by Shepherd students for being particularly inspiring and having a profound effect on his or her students. According to Mentzer-Blair, her brother, Dr. John Thomas “Tom” Mentzer, served as inspiration for the award because he received a similar accolade from his Ph.D. candidate students at the University of Tennessee in Knoxville, where he held the Bruce Chair of Excellence in the business department.

MAIT honors Mentzer-Blair’s brother, who passed away in 2010, as well as her mother, who followed in 2014. A portion of each of their estates was used to create this recognition through the Shepherd University Foundation. Mentzer-Blair is a retired school counselor with Frederick County Public Schools in Maryland and her husband is also a retired educator, having taught history and worked as a school counselor with Jefferson County Public Schools.

“All teachers work especially hard, and Shepherd goes above and beyond,” said Mentzer-Blair. “Since Bill and I are both educators, this seemed like the perfect opportunity for us to create an award that would make Shepherd stand out from other state schools in West Virginia.”

The first MAIT was awarded in April 2017 to Dr. Timothy Nixon, an associate professor in Shepherd’s Department of English and Modern Languages. Allexandra Benedict, an English major and 2017 graduate from Martinsburg, nominated Nixon.

“Recognition by colleagues and administrators is wonderful, but to know on some level that I’m reaching the students in my classes is the greatest reward I can ask for,” said Nixon, who added that he was humbled by the unexpected accolade.

Nixon also expressed his gratitude to the couple for valuing the work of educators.

“I believe there is great value in higher education, and I am so pleased to see that I’m not alone in that belief,” he said. 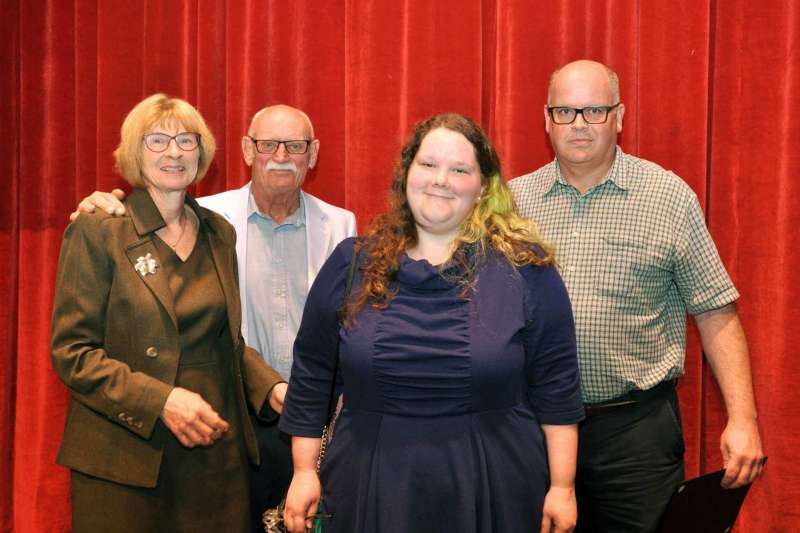