SHEPHERDSTOWN, WV — A new and improved carillon system has made its debut at Shepherd University. On March 17, Charles Reynolds with Maas-Rowe Carillons, Inc. replaced the eight-track player he installed back in 1984 with a new digital system, fulfilling a longtime dream of Don Rohel, Student Center director, to modernize the system.

“This is the opportunity we’ve been waiting for—going from 1980s technology to the current digital technology,” Rohel said. “It’s a combination of approximately 15 years of working in this direction. The main thing was to get it functioning again, because it wasn’t when I came here. We did repairs to keep it going. Now we’re entering a new era where it will play without having to worry about the eight-track tape jamming up in the machine.”

“The clock tower of McMurran Hall, the train whistles, and the carillon are all part of the fabric of the community and the campus,” said Monica Lingenfelter, executive vice president of the Shepherd University Foundation. “That’s why it was important to keep the carillon playing.”

“For more than 30 years it’s been a familiar sound to students and visitors,” said Alexis Reed, director of alumni affairs. “The Alumni Association wanted to carry on that tradition so when future students and visitors come to campus, the sound of the carillon is something they will remember. It’s one of those things that gives Shepherd character.”

The new carillon will continue to play the Westminster Chimes and the time of day at the top of every hour from a 15-bell struck metal cabinet, which is mounted in a storage room behind the Storer Ballroom.

“Those are what we call the functional bells, which play the Westminster and the hour strike,” Reynolds said. “That is still going to remain live at the time that it’s required.”

Other music is now recorded in a digital format. Three times a day, the carillon will play either Shepherd’s “Alma Mater,” “Fight Song,” or “Take Me Home, Country Roads.” The carillon will also play non secular holiday music, patriotic tunes, and other types of timeless music for special occasions.

Reynolds, who has worked for Maas-Rowe since the early 1970s, removed the old eight-track equipment, installed the new digital player, and instructed Rohel and Mark Adelsberger, graduate assistant for student center operations and conference services, on how to operate the system. Reynolds said he’s seen quite a few technological advances over the many years he’s worked for the company.

“When I started, they were all mechanical clocks,” he said. “Then in the mid ’80s came the digital clock. The music was on tape on a modified eight-track cartridge up until the early ’90s, and then it became compact disc. About three or four years ago Maas-Rowe came out with a solid state digital player.”

While the music that plays is now digital, Reynolds said the way it’s produced has not changed. Maas-Rowe still records the music its clients order in a studio on a 246-bell carillon, which is played with a keyboard.

Reynolds said the new digital carillon will have several advantages. For example, daylight savings time changes are automatic, the power failure protection is much better, and music for special days can be preprogrammed ahead of time and play automatically.

Adelsberger, who is a graduate of Shepherd’s music program, helped with the project by working with music department faculty and staff to locate sheet music for the recordings. He pointed out the updated technology will ensure that Shepherd and Shepherdstown will be able to enjoy the bells for a long time to come.

“Bells are such a great part of a community,” Adelsberger said. “Residents and visitors to Shepherdstown will get to hear Shepherd’s “Fight Song,” “Alma Mater,” and “Country Roads,” and it’s going to be from Shepherd’s campus from the Student Center, the center of the campus itself, ringing throughout the town. I love that I was part of this and I love that I am here to see this upgrade happen.”

“I think it’s important for Shepherd University and Shepherdstown to hear this,” Rohel added. “I think it lends itself the to ambiance of the university and I think Shepherd deserves that.”

Listen to the sound of the newly installed digital carillon HERE.

More photos and a video are available at Flickr. 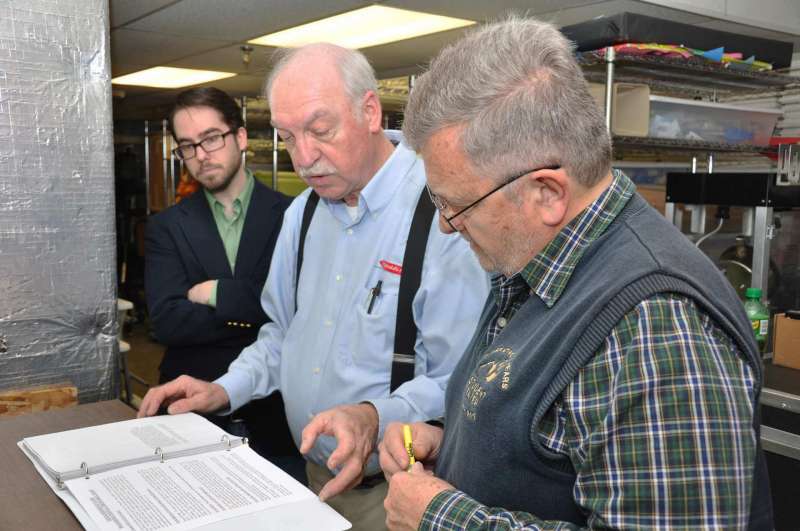