SHEPHERDSTOWN, WV — The chair of Shepherd University’s Department of Contemporary Art and Theater will display prints with collage elements that were inspired by a trip she took to see some of the country’s great works of art. “Song of the Road, a sabbatical exhibit,” by Rhonda Smith, professor of art and coordinator of the bachelor of fine arts nontoxic printmaking program, will be on display in the Center for Contemporary Arts Phaze 2 Gallery from February 12 until March 23.

Smith took a sabbatical in the fall of 2014 so she could visit museums and see artwork that she’d only seen previously in photographs. The journey started in the spring of 2014 when she went to American sculptor Walter De Maria’s Lightning Field in western New Mexico. It is a large-scale sculptural experience created in 1977 that consists of 400 polished stainless steel poles spread over one mile by one kilometer. A visit to the Lightning Field involves an overnight stay in a six-person cabin located on the property.

“So it’s not like you just drive up, say ‘oh I’ve seen it,’ and you go away,” Smith said. “You have to really make a commitment to see and experience the weather, the land, and the artwork.”

Smith said part of that experience was staying in the cabin with people she didn’t know.

“I felt lucky I got to stay with a group of young people who are not artists. One was an engineer and the other three were health professionals,” she said. “Talking with them about their experiences and what they were seeing was so fresh because they didn’t come with any kind of preconceived ideas like artists do. It was really fun.”

This past fall she took what she calls “the big journey”—a road trip to the Spiral Jetty, which was constructed in 1970 by sculptor Robert Smithson in the Great Salt Lake near Rozel Point, Utah. Smith described it as being “totally cool, but also really weird.”

Smith said during her visit there was no water in the lake where the jetty is located, and as a result it looked nothing like it does in all the photographs she’d seen.

“The beauty of these site-specific installations is they change,” she said. “You really do have to go see these things. It’s the act of being there, the act of walking on it, the act of getting the physicality of that place and that thing. It was wonderful and I’m so glad I went.”

On the way to the Spiral Jetty, Smith stopped at a number of art-related places that she had already decided she wasn’t going to like, including the Crystal Bridges Museum of American Art in Bentonville, Arkansas, and Mount Rushmore and the Crazy Horse Memorial in South Dakota. Much to her surprise, Smith said all three stops proved fascinating.

The Crystal Bridges Museum opened in 2011 and was founded by Alice Walton, the daughter of Walmart founder Sam Walton.

“I had already decided that I would like the physical building because I’d seen pictures of it, but I had this preconceived prejudice because it was founded by a Walmart heiress,” Smith said. “But sometimes when you move beyond your prejudice and investigate you can be surprised, and that’s what happened to me. It’s a beautiful museum and I highly recommend going to see it because it is phenomenal.”

Smith expected her visit to Mount Rushmore National Memorial to be a “kitschy, touristy” experience, but found it just the opposite.

“I was blown away by the scale, by the power of the figures, by the effort that went into it, and by what I learned from the people at the park service,” she said.

She found the Crazy Horse Memorial, which is located near Mount Rushmore, to be an equally impressive artistic effort with an interesting history. A noted New England sculptor, Korczak Ziolkowski, who had worked on Mount Rushmore, was invited by Chief Henry Standing Bear to create a monument to Crazy Horse, a Native American chief of the Oglala Lakota who fought the U.S. 7th Cavalry and won the Battle of the Little Bighorn in 1876. Work on the giant mountain carving began in 1948 and continues today. The memorial grounds include a museum and an education and cultural center.

“The native people wanted to demonstrate to the white people that they too have heroes,” Smith said. “The whole idea is to create this big school for Native American children and I realized it was so much bigger than just a piece of artwork.”

“Song of the Road, a sabbatical exhibit” will include pieces Smith began creating before she set out on her adventure. As a printmaker she layers textures and colors to create her artwork. She made 38 six by six inch collages, which she scanned and blew up to 24 by 24 inches. Smith then reproduced these 24 by 24 works using an archival printer.

Smith said scanning something and then printing it changes what you see and how you understand the information.

“I see things I didn’t before because the image is bigger,” she said. “That was also a little bit like my journey. Things I hadn’t been aware of, and didn’t even think about, looked different once I got there.  They were bigger, and I noticed things that I hadn’t before.”

An opening reception for the exhibit is scheduled for Thursday, February 12, from 5-7 p.m. in the Phaze 2 Gallery of the Center for Contemporary Arts. Smith plans to give a short talk discussing her trip. She will also display a copy of the journal she kept while traveling, a photo album, and catalogs that she purchased in the museums she visited. The show runs through March 23 and is free and open to the public. For more information contact Karen Gergely at kgergely@shepherd.edu.

Listen to the interview with Rhonda Smith HERE. 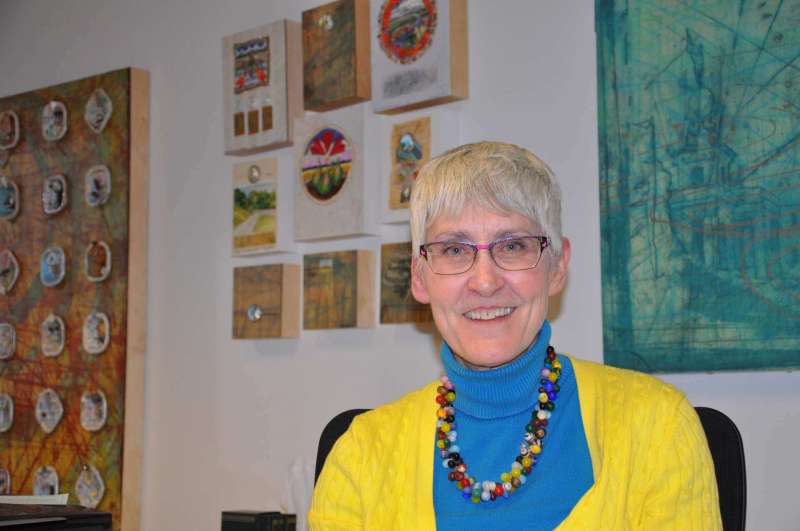 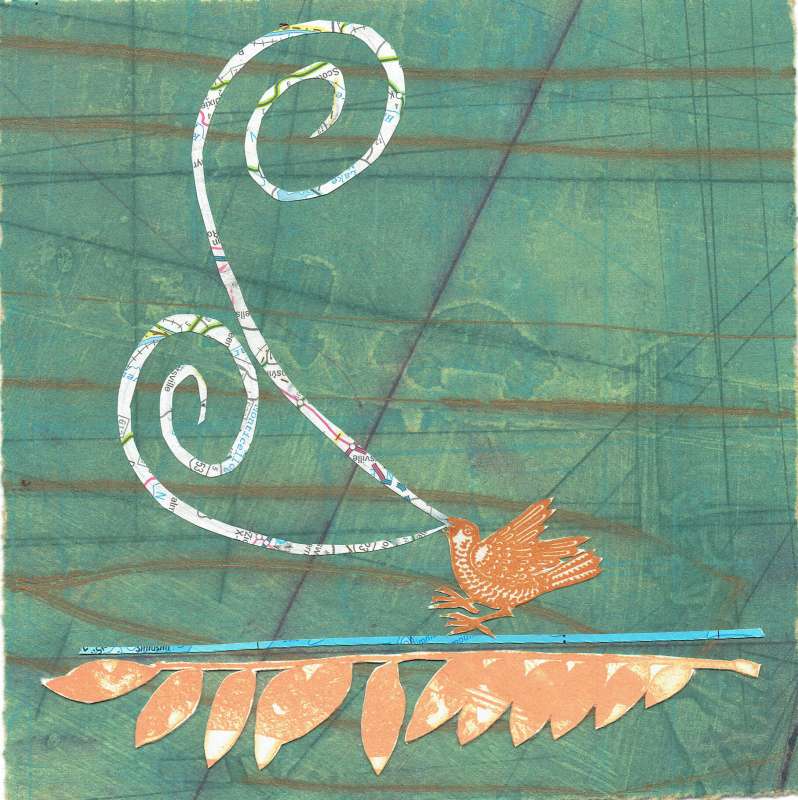 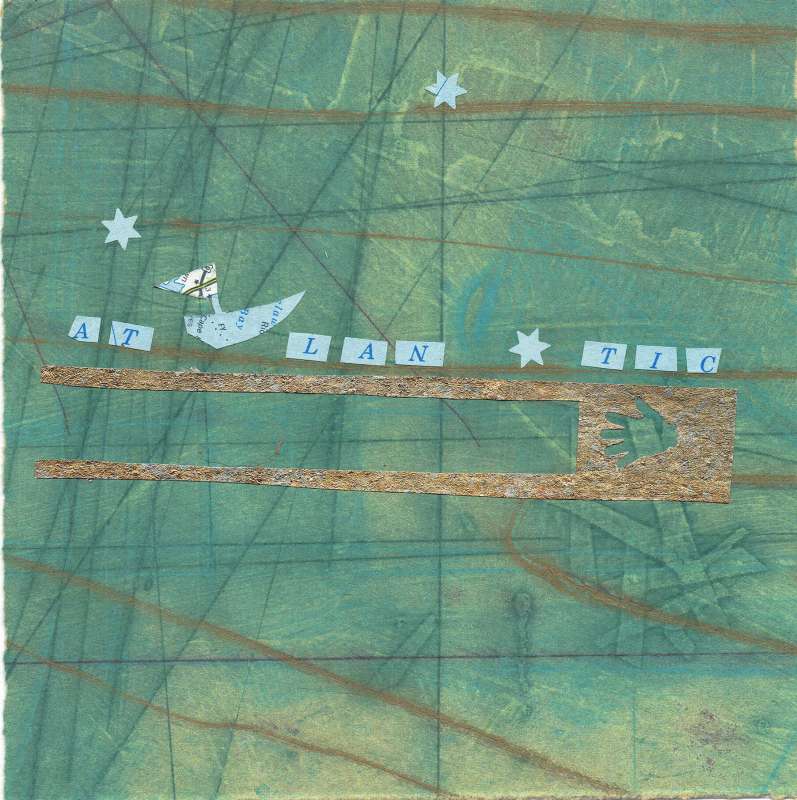 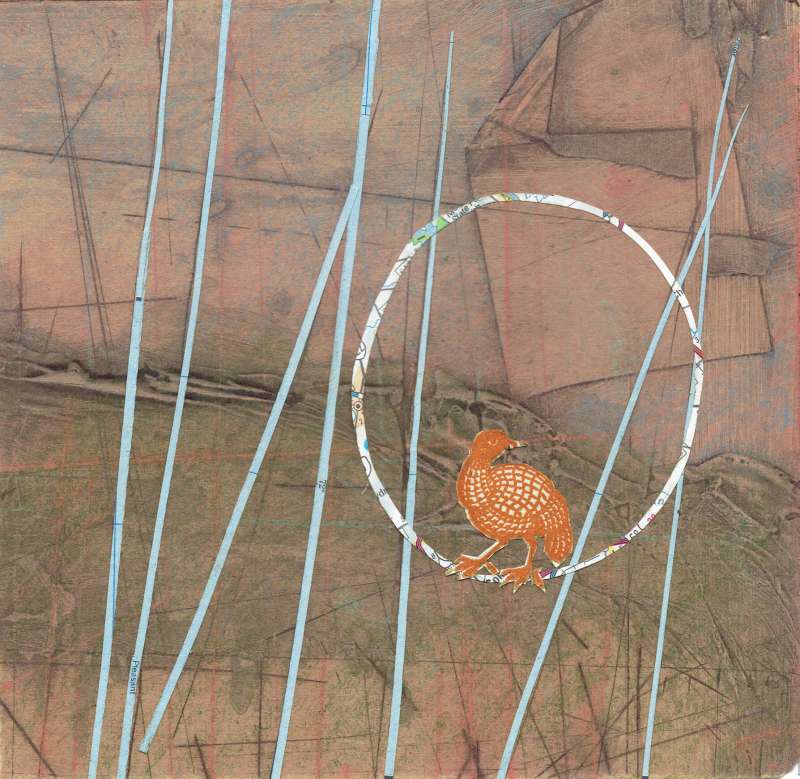 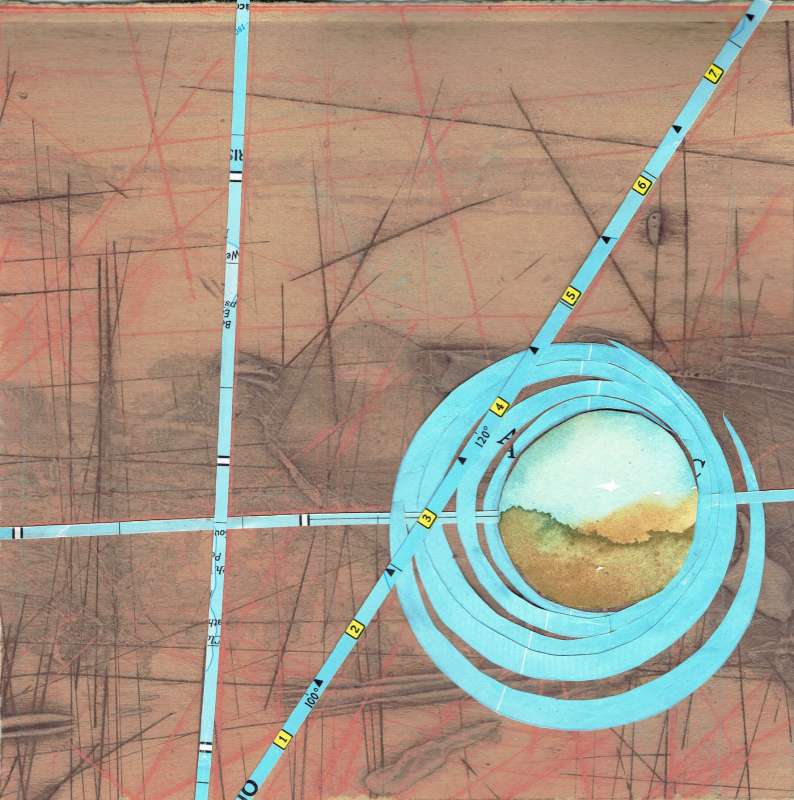