SHEPHERDSTOWN, WV — Students at Shepherd University’s Wishmakers on Campus have adopted a second Make-A-Wish child and are working toward making her wish come true. Fourteen-year-old Piper Dotson, an eighth-grade student at Spring Mills Middle School, is hoping the basement in her home can be renovated.

“Piper wants a hangout area for her friends and an office,” Jen Dotson, Piper’s mom, said. “She hopes to open her own online business this summer and selling unique items with cats on them. We are working with her to set up something like this that can possibly grow into something bigger for her future.” 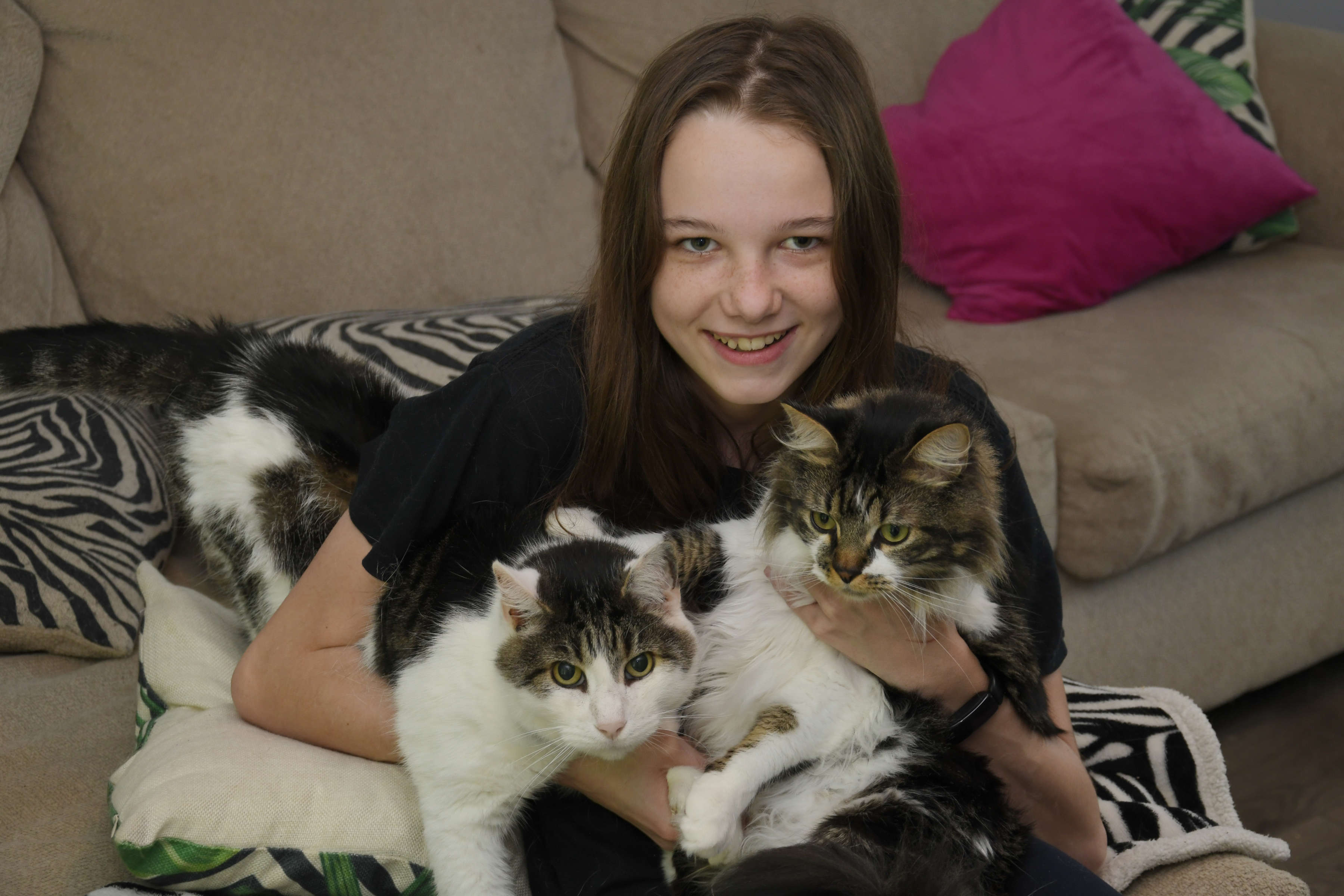 Piper Dotson with two of her cats, Oliver and Jasper.

Piper said she is excited to be part of Shepherd’s Wishmakers on Campus program and hopes to visit campus in the near future.

She is in the Make-A-Wish program because of health problems that began developing before she was born. Dotson said Piper has cerebral palsy and epilepsy. She is a twin, and she and her sister, Payton, were born at 30 weeks’ gestation via emergency cesarian section.

“I had noticed decreased movement where baby A (Piper) was positioned,” Dotson said. “Upon examination, they could not find a consistent heartbeat. Upon emergency delivery, Piper needed resuscitated and quickly responded to those efforts.”

It turned out that Piper had been deprived of oxygen in utero. She weighed just three pounds when she was born and had several health problems related to her prematurity such as anemia, apnea, and bradycardia. At age one, Piper had surgery to correct a misalignment of her eyes.  The day after the surgery, she had her first known tonic-clonic (grand mal) seizure that lasted well over an hour.

“She was put on a ventilator and taken to Children’s Hospital in Washington, D.C.,” Dotson said. “Her seizures are relatively well maintained at this point, but when she has them, they last for hours and are only stopped by a cocktail of emergency medications and critical intervention. During these violent seizures, it is similar to your brain being banged into your skull. Sort of like what happens in a concussion.”

Dotson said Piper can tell when a seizure is coming on but with every sustained seizure, there is a very real chance of death.

“She has approximately 25 seconds by the first twitch in her hand to a full tonic-clonic seizure,” Dotson said. “She takes 18 pills a day to keep the seizures under control. She has coded during seizures previously and needed to be resuscitated.”

Dotson said Piper is otherwise a typical 14-year-old. She loves Snapchat and TikTok, she has a small group of friends whom she adores, and she loves being part of a large family.

“She is fiercely protective of her four siblings, as they all are of her,” Dotson said. “She has participated in dog agility showing and was on a diving team at a local pool, but her greatest joy are her cats, Oliver, Jasper, and Ella.”

“I have no idea why, I just love cats,” Piper said as she hugged one of her cats. 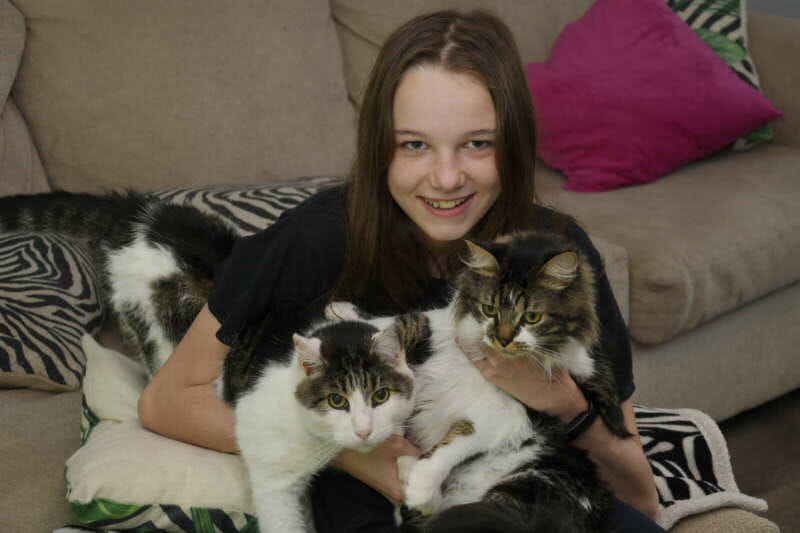