SHEPHERDSTOWN, WV — A $222,000 gift from the estate of T. Guy Reynolds will benefit Shepherd University education students. Martinsburg attorney Richard McCune, executor of Reynolds’ estate, presented the gift to the Shepherd University Foundation during its annual meeting September 15. The money will be added to the Thomas Guy Reynolds, Jr., Scholarship fund, which is designated for students majoring in education who have financial need and have a 3.0 or better GPA.

“Mr. Reynolds was a remarkable man,” said Monica Lingenfelter, executive vice president of the Foundation. “He has been such a benefactor over the years and a great advocate for the value of a Shepherd education. His final legacy gift will increase the impact of his endowment and ensure that his name and generosity live on through the countless students who will receive his scholarship awards.”

Reynolds, a 1933 graduate of Shepherd, had several careers during his lifetime. He was a school teacher, ran a television and radio repair shop, was an electro-mechanical designer for Thieblot Aircraft, and worked for 17 years as an engineer at Corning Glass Works.

One of Reynolds’ greatest passions was flying airplanes, something he did for about 77 years. Reynolds flew his first plane in 1929 and for the last time in early 2006 at the age of 94.

In 1943, Reynolds organized and served as the first commander of the Martinsburg Composite Squadron of the Civil Air Patrol, which flies out of the Eastern West Virginia Regional Airport. The squadron’s patch bears his initials. After World War II, Reynolds was chairman of the West Virginia State Aeronautics Commission for two terms. In December 2014, Reynolds received the Congressional Gold Medal during a ceremony at the U.S. Capitol.

Reynolds was recognized as Berkeley County Citizen of the Year; served as local president and state vice president of the Junior Chamber of Commerce (Jaycees); taught county civil defense courses; chaired the Berkeley County Air Pollution Committee; served as chairman of the board of directors of the Martinsburg Rescue Mission; and served on the board of trustees at Trinity United Methodist Church in Martinsburg. Reynolds died January 21, 2015, at the age of 103.

For information about donating to the Shepherd University Foundation, contact Lingenfelter at mlingenf@shepherd.edu or at 304-876-5397. 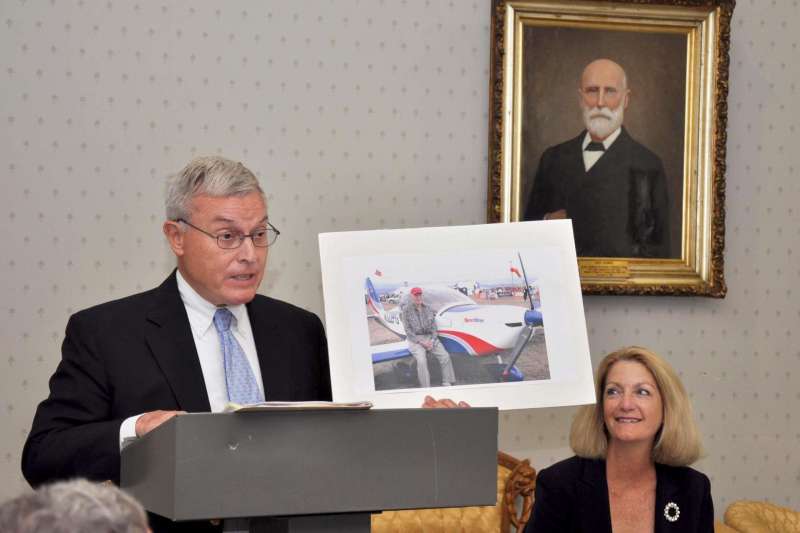 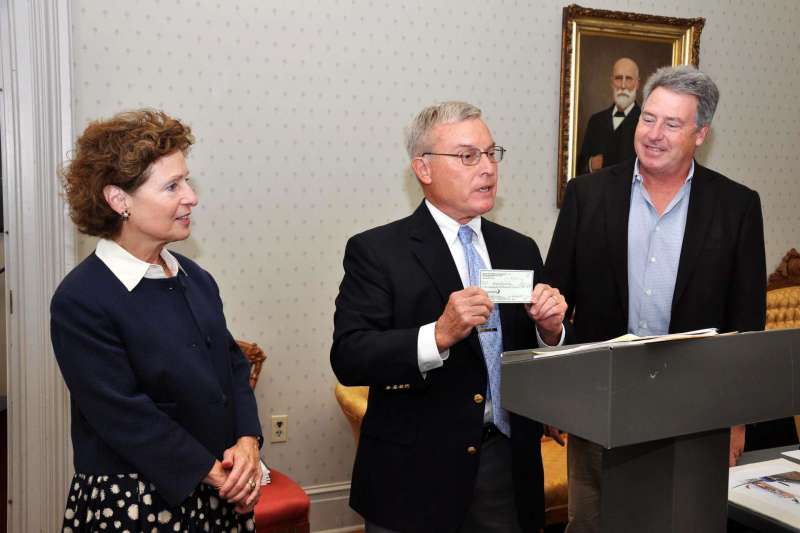