SHEPHERDSTOWN, WV — Shepherd University’s Department of Contemporary Art and Theater presents “Orlando” by Sarah Ruhl, directed by kb saine. Performances will take place at the Marinoff Theater November 8, 9, 14, and 15 at 7:30 p.m., and November 16 at 2:30 p.m. Tickets are $10 for the general public; $8 for senior citizens and military; $5 for Shepherd employees and non-Shepherd students; and free for Shepherd students with a valid Rambler ID. Tickets are available at the door one hour before each performance and can be purchased with cash or check; credit cards are not accepted.

“Orlando” is Ruhl’s full-length adaptation of Virginia Woolf’s novel. The result is a funny and poignant meditation on time, gender, and sexuality

In addition to the talent on stage, Shepherd students are taking a lead on designing the production, with costume design by Gracie Spinney, a theater major from Bunker Hill; properties design by Leighann Hengemihle, a sculpture major from Martinsburg; and original music composition by Andelena Jackson, a music major from Hagerstown, Maryland. The assistant director is Patrick L.F. Rao, a theater major from Shepherdstown. 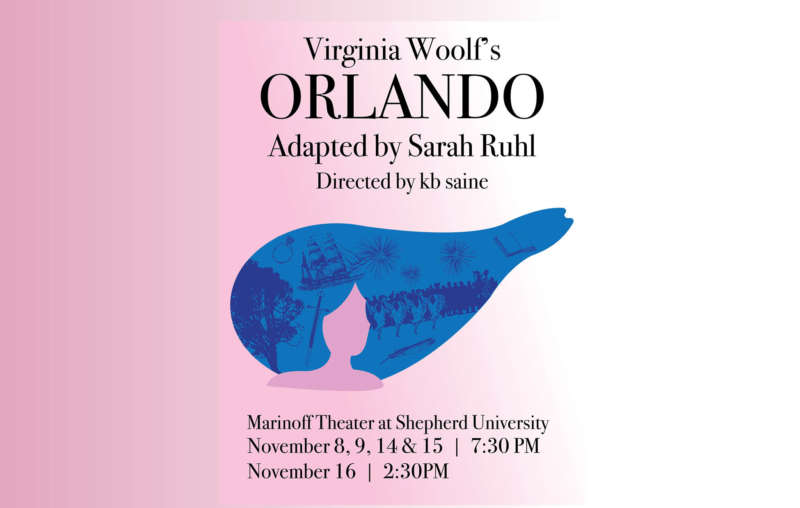