Shepherd Salon Series concert on February 27 to have international flavor

SHEPHERDSTOWN, WV — The Shepherd University School of Music Salon Series, sponsored by Jefferson Security Bank, continues on Thursday, February 27, at 7:30 p.m. in the Frank Center’s W.H. Shipley Recital Hall with pianist Lynne Mackey in a program titled “International Miniatures.” The concert is free and open to the public.

Mackey, who is director of the Virginia Baroque Performance Academy, which is part of the Shenandoah Valley Bach Festival, most recently performed in Paris as artist-in-residence for five months at the Cité Internationale des Arts. She was the first performing artist to be awarded an Appalachian College Association Fellowship for a one-year residency at the University of Virginia in the field of contemporary music. She has given lecture recitals in many venues, including the Hawaii International Conference on Arts and Humanities, and the MTNA National Conference. Highlights of her career include performances at Weill Recital Hall in New York City, the Banff Centre in Alberta, Canada, and in Brazil, Spain, Morocco, and the Netherlands. Her performances of new works for piano include three New York premieres.

Mackey also performs in the duo Gee-Mackey with cellist David Gee. The duo was formed in 2004 and performed in Europe, Africa, and the United States. Their most recent tour was of Spain and upcoming tours will include Paris and Geneva.

For more information about the concert series or other School of Music events, call 304-876-5555 or visit www.shepherd.edu/music. 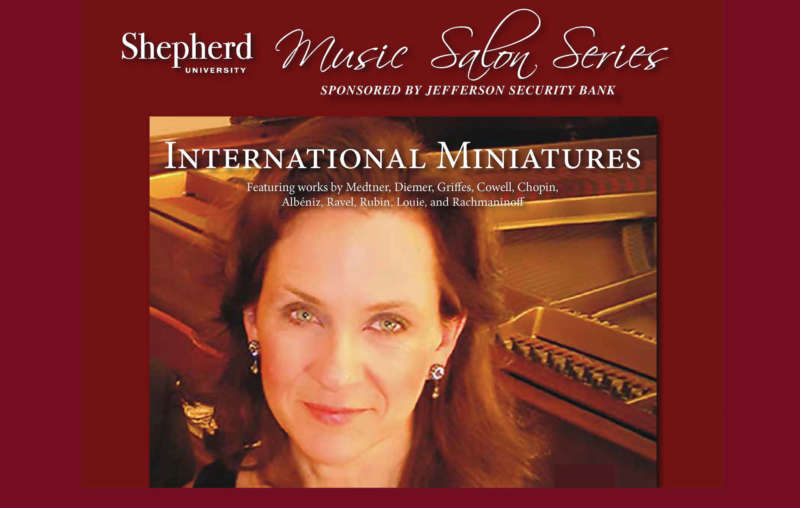