SHEPHERDSTOWN, WV — A Shepherd University sociology professor will be the first to receive the newly created Storer College Faculty Award. The award recognizes a member of the faculty at Shepherd who incorporates diversity and social justice into his or her classroom, research, scholarship, and interaction with students.

Dr. Chiquita Howard-Bostic, assistant professor of sociology, will receive the $1,000 award for professional development, which also highlights the significance of Storer College’s commitment to educating students of color in the Eastern Panhandle. The West Virginia Encyclopedia (e-WV) says Storer was founded in 1867 in Harpers Ferry by the Freewill Baptist Church, paid for with a donation from John Storer of Sanford, Maine, and educated more than 7,000 students from many states and countries.

Storer closed in 1955 after the 1954 U.S. Supreme Court’s ruling in Brown v. Board of Education. The encyclopedia attributes the closure to desegregation, racial anxieties, and financial problems. Storer’s library and records are now housed at both Shepherd and Virginia Union University in Richmond. In 1995 Shepherd named the ballroom in the Student Center in honor of Storer College.

“Like all of the nominees, Chiquita Howard-Bostic has done a tremendous job of incorporating diversity and social justice in her work,” said Dr. Thomas Segar, vice president for student affairs and chair of the diversity and equity committee. “What makes her stand out is that she works with underrepresented students serving communities of underrepresented people and incorporates that into her research.”

Howard-Bostic was chosen from five nominees by a committee that includes Segar, two faculty members, one academic dean, one undergraduate student, and one graduate student. The committee scored the nominees in three categories: teaching, service, and research.

Howard-Bostic earned her bachelor’s and master’s degrees from the State University of New York at Buffalo, and her Ph.D. from Virginia Polytechnic Institute and State University. This is her second year at Shepherd teaching courses that focus primarily on race, class, gender, community, and crime. Howard-Bostic grew up in Buffalo, New York, in a neighborhood she describes as being committed to cultural development but also disadvantaged economically, and worked at one time as the executive director of a Housing and Human Services agency there.

“That’s my passion,” she said. “I’ve always thought critically about how we can take what we’re doing in academia and connect people.”

One way she’s connecting academia to people here in the Eastern Panhandle is by having students from her General Sociology and Social Stratification classes volunteer at Immanuel’s House, a community-based religious organization in Martinsburg that offers help, including meals, to those in need. Howard-Bostic ties the work students do at Immanuel’s House to their classes by encouraging them to analyze the role poverty plays in society.

For two years now, students from Howard-Bostic’s classes have also helped with the annual Point in Time Homeless Count, which takes place each year in late January.

Howard-Bostic believes every student gets something different from these experiences, allowing them to reflect on their own situation in life and how they can help others.

“Hopefully they are thinking critically about who they are and what they can do in society,” she said.

Howard-Bostic’s body of research also has focused on issues of gender, diversity, and social justice. In December 2014 she invited a student to go with her to England where she presented the paper “Emancipation by evading a contest: A feminist perspective on power and success” at Oxford University.

She’s tentatively scheduled to present another paper in March, “An intervention model for proactive female-perpetrated domestic violence,” at the Academy of Criminal Justice Sciences 52nd Annual Meeting, in Orlando, Florida.

Howard-Bostic said she’s honored to be the first-ever recipient of the Storer College Faculty Award.

“I hope other faculty members will consider doing similar projects,” she said. “If this award is going to publicize some of these ideas and make them part of the image of this university, then maybe it will encourage others to take on some of these initiatives if they haven’t already.”

“We live in a world that is diverse and where our students need to be prepared to work with, live with, and enjoy life with people who are different than themselves,” Segar said. “Faculty who are able to incorporate diversity and social justice into the curriculum are really preparing students for a greater world outside Shepherd.”

Howard-Bostic’s name will be put on a perpetual plaque located in the Storer Ballroom where the names of future recipients will also be placed.

Listen to the interview with Dr. Chiquita Howard-Bostic HERE. 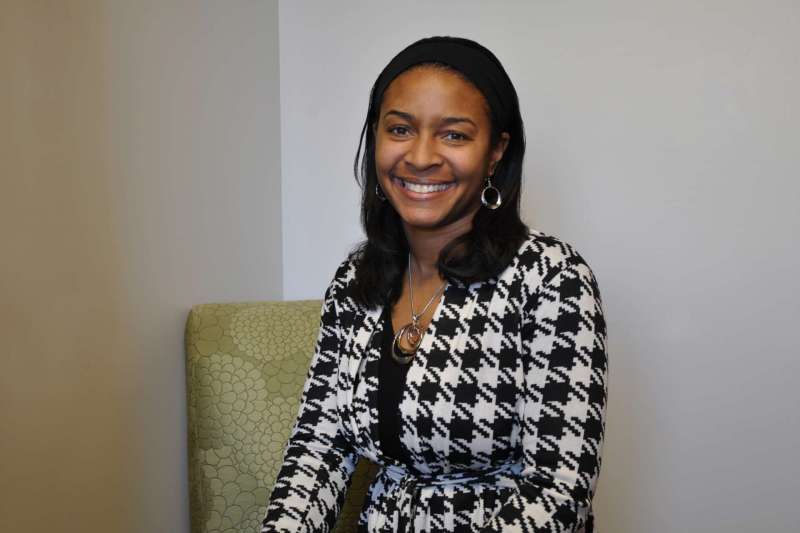