Monica Lingenfelter, executive vice president of the Shepherd University Foundation, accepted the gift on behalf of Shepherd University and said, “We’re so pleased that the employees of Scott Electric have chosen to reach out in this way to the communities where they live and work, and we look forward to the next phase of this partnership.”

The gift is designated for unrestricted use with a preference for campus projects pertaining to maintenance and operations. The Foundation will work with Shepherd University President Suzanne Shipley and Vice President for Administration James Vigil to determine the allocation of funds from Scott Electric’s gift.

Scott Electric was founded more than 60 years ago by World War II veteran Sam Scott. Based out of Greensburg, Pennsylvania, with nine satellite offices throughout Pennsylvania, New York, and Maryland, Scott Electric is a wholesale electrical distributor and supply store offering a wide range of products. The company also owns several subsidiaries, the two largest of which distribute copy paper and recycle universal waste. Shepherd University is the paper distributor’s largest client.

According the eastern territory manager Edward Garofalo, Scott chose to give the company to his employees upon his own retirement.

“He’s never been a man concerned with material wealth,” said Garofalo. “His lack of spending on himself really secured the future of Scott Electric. And we decided to pay it forward.”

The employees of Scott Electric created a nonprofit foundation with the intent to make gifts to hospitals and universities within Scott Electric territories.

“We wanted to focus on universities because higher education leads to job growth, often in the surrounding areas,” said Garofalo, who believes that the impact of unrestricted gifts such as this one is felt more at smaller schools like Shepherd.

Having been chosen to manage Scott Electric’s new Hagerstown office, Garofalo was subsequently tasked with choosing regional organizations to benefit from the company’s philanthropy. “Our goal is to ingratiate ourselves to our local communities,” he said. “We’re all about building relationships.” 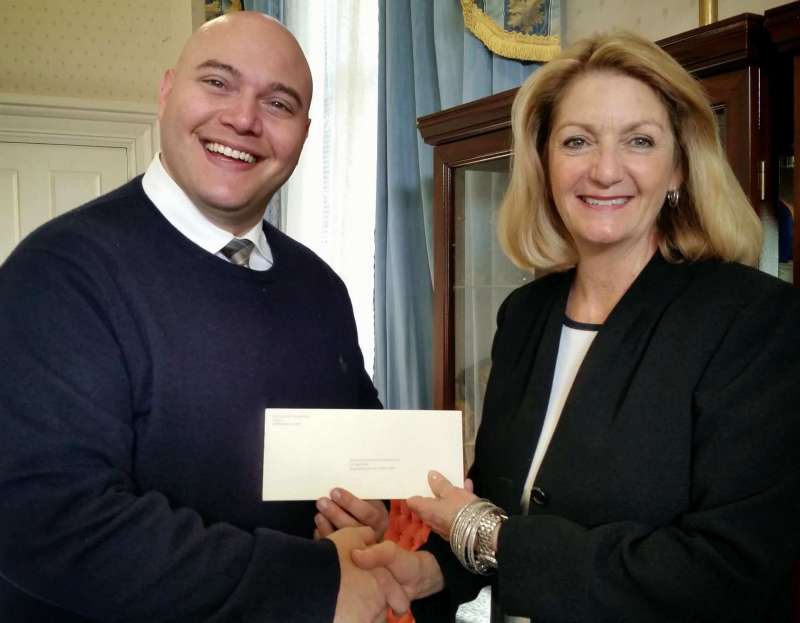