SHEPHERDSTOWN, WV — About 40 musicians from West Virginia, Virginia, Maryland, Pennsylvania, and Ohio are expected to participate in the annual Shepherdstown TubaChristmas organized by several Shepherd University faculty members on Saturday, December 20, at 1 p.m. on the steps of McMurran Hall.

TubaChristmas is a public concert of holiday music played on the tuba and euphonium and is is sanctioned by the Harvey Phillips Foundation. Phillips, who was a professional musician and Jacobs School of Music distinguished professor at Indiana University, created TubaChristmas in honor of his teacher and mentor, tubist William J. Bell. This year TubaChristmas is celebrating its 41st Anniversary with concerts in more than 250 cities nationwide, including four in West Virginia, and in several foreign countries. This is the fourth year for TubaChristmas in Shepherdstown.

“I would walk by McMurran Hall every day coming to work, and thought what a wonderful venue for TubaChristmas,” Corpus said. “I was familiar with TubaChristmas since my son plays tuba, and he had participated in several TubaChristmas concerts around the country.”

Since Corpus doesn’t play an instrument, she contacted Dr. Keith Alexander, assistant professor of history, who is a third-generation tuba player.

“I grew up going to TubaChristmas in Baltimore and Washington, D.C.,” Alexander said. “I’m thrilled that we’ve been able to bring this great tradition to Shepherdstown,”

Corpus points out the tuba is a relatively recent instrument in music history terms, and it mostly has a supporting role at back of the orchestra.

“TubaChristmas gives the tuba a spotlight, rather than keeping it in the back row,” she said. “I also like the fact that TubaChristmas brings musicians of all levels together to seasoned veterans. For the past several years, we have had a family of five tubists play at the event together.”

This year, Dr. Scott Hippensteel, assistant professor of music and director of bands at Shepherd, will, for the first time, conduct the group. Hippensteel has a connection to the event’s founder though.

“When I was an undergraduate at Indiana University, Harvey Phillips was the tuba professor,” Hippensteel said. “I had some TubaChristmas adventures on campus there. I attended regularly not as a player but as an audience member.”

Hippensteel is excited to conduct this year.

“Tuba enthusiasts are kind of in a world of their own. They’re very fun musicians with gregarious personalities,” he said. “And it’s just a fun ensemble. Low brass is a different sound without all the woodwinds and high brass, so they have a nice conglomeration of that dark, rich tone.”

“The thrill of gathering with people to make music is difficult to describe in words,” Hippensteel said. “Music has a way of touching the heart as we celebrate the holidays with family and friends.”

Tuba and euphonium players are invited to participate in the performance no matter what their age or skill level. Registration for musicians begins at 10 a.m. at Reynolds Hall. A $10 registration fee to participate includes a commemorative 2014 pin, which many participants collect as a hobby. Musicians can purchase TubaChristmas music at registration in either treble or bass clef editions if needed. Rehearsal follows at 10:30 a.m. and the concert begins at 1 p.m. on the steps of McMurran Hall. Players need to bring their own instrument and a music stand.

Concert goers are encouraged to dress warmly and can bring lawn chairs.  In the event there is snow, rain or high wind, the concert will take place inside Reynolds Hall.

For more information, contact Corpus at 620-339-6330 or corpus03@comcast.net. Information about the national TubaChristmas organization can be found at www.tubachristmas.com. 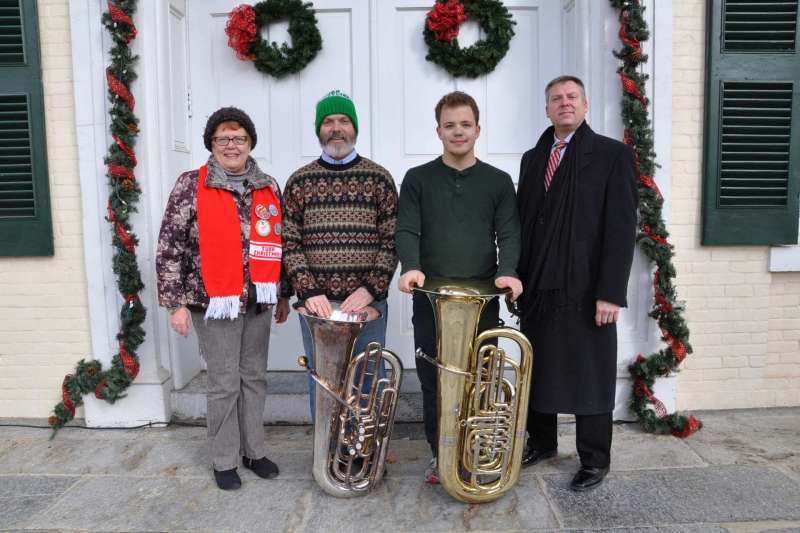 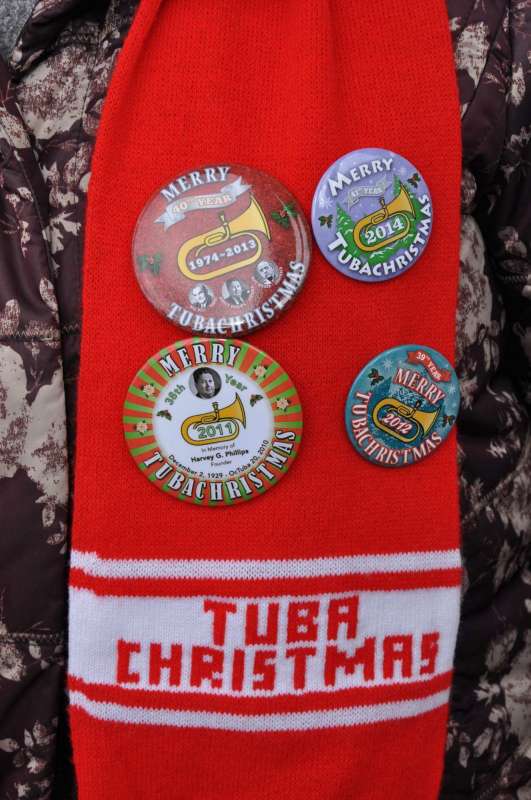 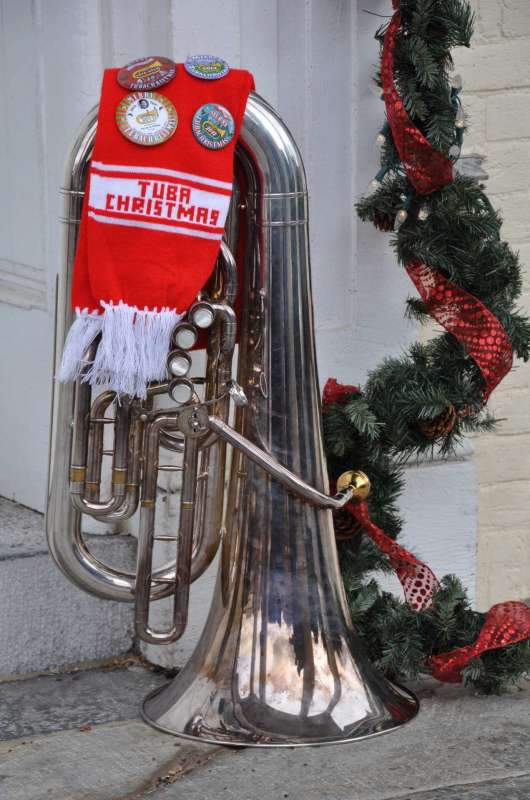