SHEPHERDSTOWN, WV — Shepherd University recently hosted the annual conference and meeting of the International Studies Association South (ISA South), during which Dr. Aart Holtslag, assistant professor of political science and director of global studies, was elected the organization’s 2017 president. The October 14-15 conference, titled “Global Aspects of Civil War: Impact and Consequences,” attracted about 90 people who were primarily from the southern region of the country.

“The ISA South conference was a perfect fit within Shepherd’s internationalization process and a fitting event to launch the global studies major,” Holtslag said. “The conference was a way to be acknowledged as a school where international issues and global studies are valued and pursued. One should see my election as the president for the ISA southern regional chapter as a further recognition of the strides Shepherd is making in the field of international studies.”

Shepherd began offering a global studies major this semester. It is an interdisciplinary program with four concentrations—global governance and peace, global economics and development, global environment, and global culture and history.

Holtslag said as ISA South president he will be able to set policies and determine direction for the organization. He will also have access to networks and meetings worldwide, which will enhance Shepherd’s profile nationally and internationally.

“This will give Shepherd the recognition it deserves as a school on the rise,” Holtslag said. “Name recognition might bring in new students, and contacts with other universities and faculty will enhance the ability of the university to fulfill its mission.”

Several Shepherd students volunteered to help run the conference. Holtslag said they were also able to attend panels which relate directly to their field of study. Students who volunteered were Will Wheatley, Harpers Ferry; Michelle Reid, Harpers Ferry; Sarah Muskett and Daniela Powers, both of Inwood; Devin Spinks, Summersville; and Casey Feezle, Romney.

“The conference went extremely well, and we have received nothing but praise from the participants,” Holtslag said. “People recognized the potential of the university, admired our campus, enjoyed the program, and loved the town.” 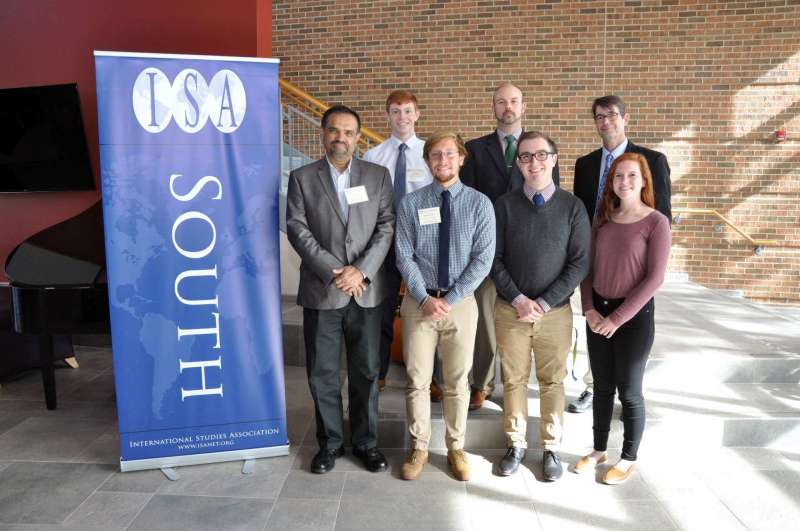