SHEPHERDSTOWN, WV — The latest American musical to hit the stage in Beijing, China, had quite a bit of help from Peggy McKowen, Shepherd University adjunct professor and Contemporary American Theater Festival associate producing director. McKowen designed the costumes for the Chinese production of “How to Succeed in Business Without Really Trying,” which opened earlier this month at the Beijing Century Theater.

McKowen was asked to design the costumes by the production’s director, Joseph Graves, whom she’s worked with before. Graves is the artistic director of Peking University’s Institute of World Theatre and Film and has lived in China for about 12 years. Seven Ages Investment Co. Ltd., a company owned by businesswoman Ivy Yang, brought the play to China. McKowen said the company is trying to create an industry for American musicals and is finding great success. It produced “Avenue Q,” which was initially planned for a three-month run but has been performed for more than a year now.

McKowen was there for the opening night performance of “How to Succeed in Business,” which she said was sold out.

“The remarkable thing is the script is translated into Chinese, and all the jokes and humorous elements that would play well to an audience in the United States had the same impact there,” she said.

McKowen, who traveled back and forth, estimates she was in China a total of three and a half weeks between mid-November and the first week in January. She spent most of that time shopping for costumes and fabric and getting the costumes ready for the show. She worked with two assistants who translated for her.

“It’s tricky when you’re trying to communicate with an actor and having to go through another person,” she said. “It is so much more time consuming than you’d think. With actors you sometimes also have to help nurture them a little bit, and it’s so much harder when you’re not able to speak with them directly.”

Part of McKowen’s job involved creating lists so the 24 actors in the show know what they have to wear and when. She said translating those was a challenge because in some cases there are not words in Chinese for some of the things on the lists.  And she had to be much more meticulous with her paperwork, thinking about every detail and every word so she could be as clear as possible before giving it to the translators.

McKowen said one of the biggest challenges was finding the clothing and shoes needed to stage the production because there is no support industry for theater in China like there is in the United States.

For example, finding tap shoes for one of the numbers was difficult because there is only one place in Beijing to buy the shoes, but McKowen said they weren’t of the quality needed for a long-running show like this. She bought those for rehearsals then acquired better quality shoes in the United States for the actual show.

“Here we have companies that specialize in theatrical things or dance things, and there’s more than one choice of that company. That does not exist there,” McKowen said. “Also, the culture in general does not wear the business suit which is kind of what the show is about, so finding suits for the entire cast was not easy.”

The process of having costumes made is also different in China. For example, there is a number where 11 of the women actors have to wear identical dresses.

“We had to have those made by a factory there,” she said. “So I went to their big fabric market and I met with the factory guys. Then I had several days of fittings.”

McKowen has designed costumes for this show before, but said you’re never quite sure how the translated version will play in another country. Some of the plot line was changed to make the play more appealing to Chinese audiences, like a section that refers to American football that was changed to basketball since football has no relevance in Chinese culture.

McKowen also found the way the theater company markets the show interesting and hopes to incorporate some of those ideas into her work with Shepherd’s CATF.

“China is truly a social media country, surprisingly so,” McKowen said. “Even in the opening night performance, people were taking pictures and posting them to social networks. That’s how the marketing team spread the word about the show. They planted people through the audience  to help do that. That’s not unfamiliar to us but to really see it in action on that scale was impressive.”

Listen to the interview with Peggy McKowen HERE. 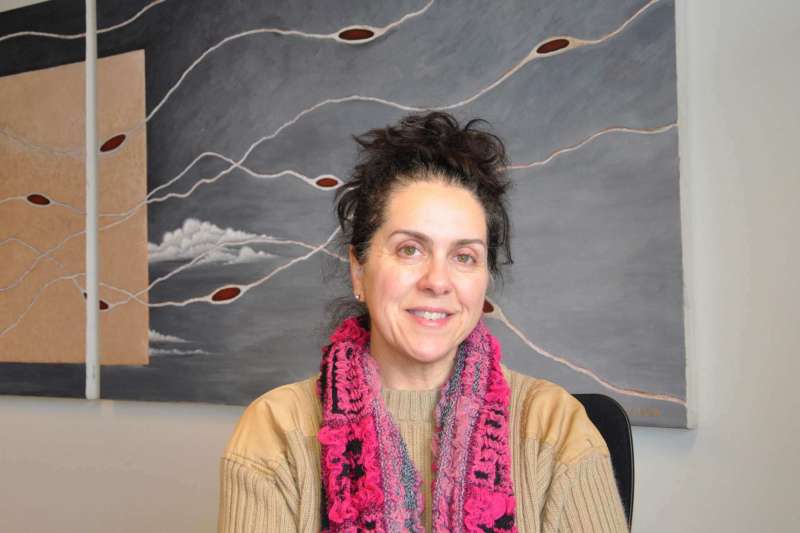 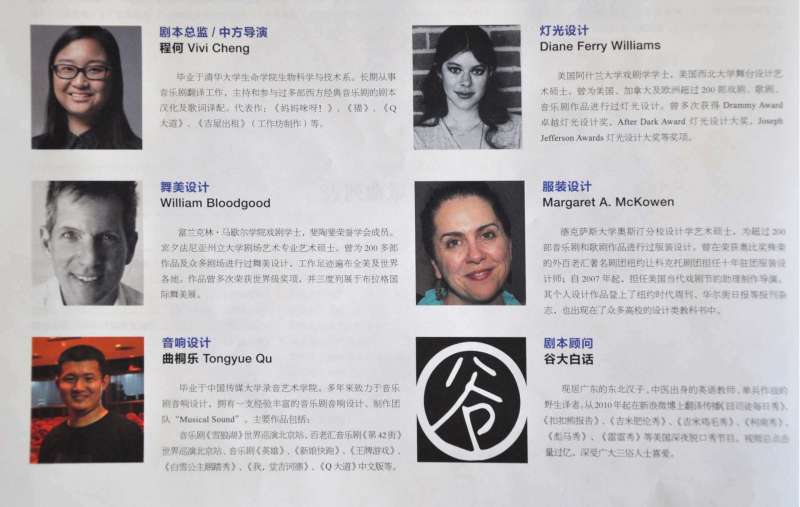