Sedlock began the job July 1, and this marks the second time he’s worked in the state. Sedlock, who has a master of arts in education from Walsh University in North Canton, Ohio, and a bachelor of arts in journalism and public relations from The Ohio State University, spent a year at Glenville State early in his career, where he served as director of student activities, residence hall director, and a volunteer assistant coach.

Sedlock comes to Shepherd from University Hospitals in Cleveland where for three years he held the position of senior development officer and manager of strategic community initiatives. Prior to that Sedlock spent 16 years at Cleveland State University in various positions, including external affairs, development, and athletics. At Shepherd Sedlock will oversee fundraising, alumni affairs, and university communications.

“I’m just happy to be back here where I can take a summary of my career that includes corporate public affairs, alumni work, development and a good knowledge of higher ed and put that together for the benefit of Shepherd,” Sedlock said.

Sedlock said the area of advancement has become more important in recent years as colleges and universities have seen their budgets cut.

“We used to be able to say with state universities that we’re state supported,” he said. “Now we’re state assisted and the level of assistance varies. But the general trend has been that resources are limited, and universities have to develop their own funding streams.”

Sedlock said the advancement office’s main goal is to make up for lost government funding and to provide the incremental support for the institution that makes it unique. 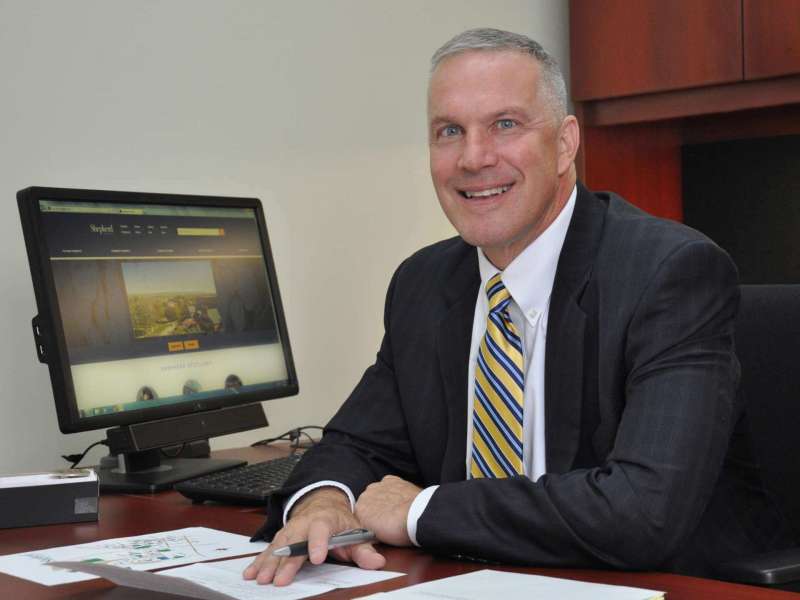