SHEPHERDSTOWN, WV — The Shepherd University Foundation accepted a $10,000 gift from Scott Electric, a regional wholesale electrical distributor based out of Greensburg, Pennsylvania. The gift is designated for unrestricted use with a preference for campus projects that utilize green energy or require restorative maintenance.

“The [Scott Electric] Foundation itself was set up to promote green energy projects and maintenance,” said Rusty Potts, a commercial outside representative for Scott Electric, who presented the gift. “We have a really good group of people. We’re all on board. There is an overall feeling that we’re investing in the future, especially at colleges and universities where the students are the future.”

The Scott Electric Foundation made unrestricted gifts to Shepherd University in 2014 and 2015. Last year’s gift was designated for the renovation of the George Tyler Moore Center for the Study of the Civil War.

“We were able to use Scott Electric’s generous gift and match it with Foundation funds and university funds, as well as apply for a grant, in order to strategically leverage it into an energy efficient renovation,” said Monica Lingenfelter, executive vice president of the Shepherd University Foundation, who accepted the donation on behalf of Shepherd University. “The George Tyler Moore Center for the Study of the Civil War is such a resource and it was renovated in the spirit of keeping this historic landmark alive.”

Scott Electric is a wholesale electrical distributor and supply store offering a wide range of products, as well as the owner of several subsidiaries, the two largest of which distribute copy paper and recycle universal waste. The company operates nine satellite offices throughout Pennsylvania, New York, and Maryland, including an office in Hagerstown, Maryland.

Scott Electric was founded more than 60 years ago by World War II veteran Sam Scott, who gifted the company to his employees upon his own retirement. They chose to honor Scott’s spirit of generosity by creating a self-sustaining nonprofit foundation with the intent to make charitable gifts to churches, hospitals, and universities within Scott Electric territories. 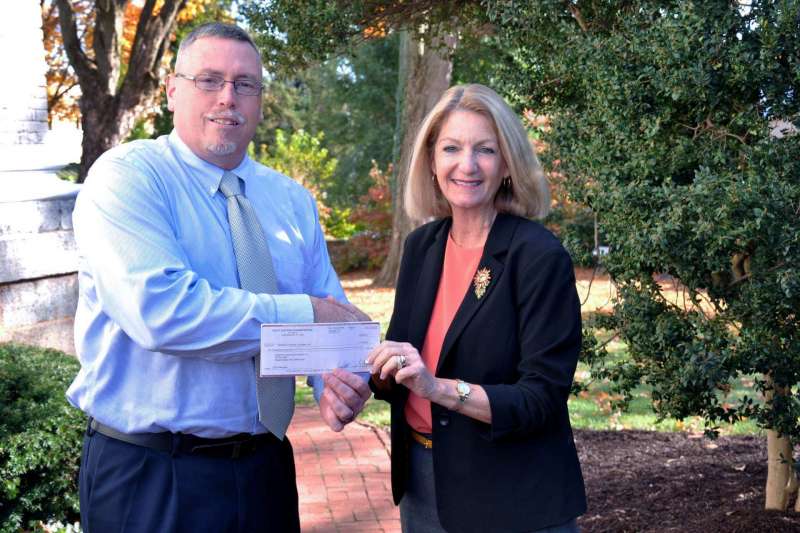