SHEPHERDSTOWN, WV — Shepherd University’s School of Recreation, Sport, and Exercise Sciences honored former professor Ed Fincham’s family during halftime at the women’s basketball game on February 8. Members of the family were presented a framed photo of Fincham with a nameplate that will hang in the Butcher Center. Fincham, who taught and coached at Shepherd from 1968 until his retirement in 2018, continued teaching part time after retiring. Fincham died in August 2019 at age 82.

“He coached here, taught here, and was a role model for the coaches,” said Dr. Andro Barnett, professor in recreation and leisure studies. “He was more than a friend. He was a mentor. He touched the lives of not only the athletes here, but our students in and out of the classroom. He is missed every single day.” 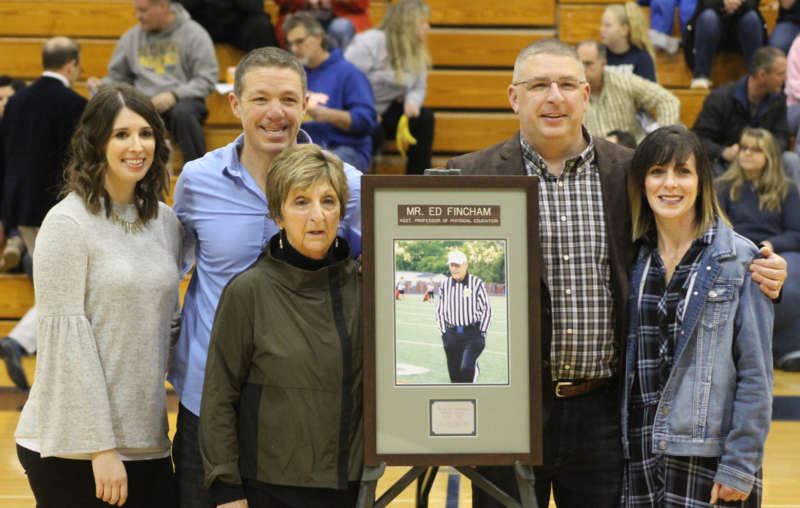 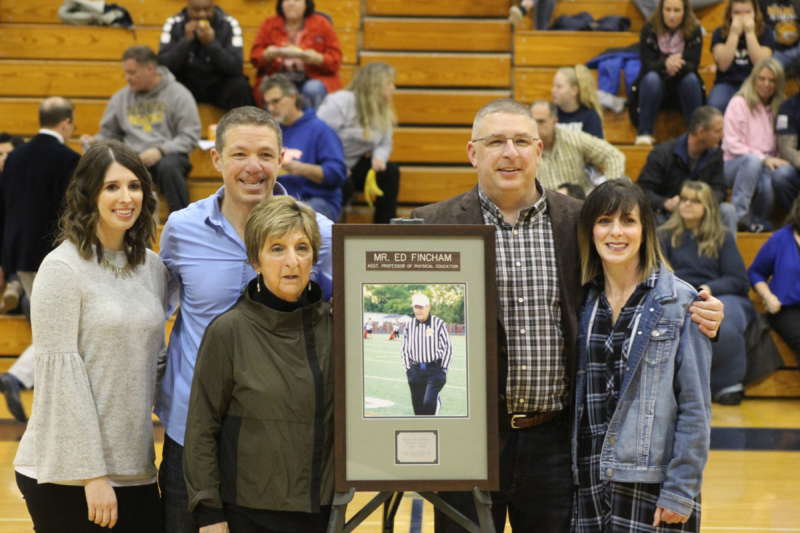