SHEPHERDSTOWN, WV — The Shepherd University School of Music is hosting a concert with the Shepherd Jazz Ensemble and special guest artist, composer and saxophonist Dr. Paul White on Friday, November 8, at 7:30 p.m. in the Frank Center Theater. White will conduct the ensemble, which will perform his arrangements of works by the late Joe Zawinul, Ahmad Jamal, John Williams, Pete Rodriguez, Stevie Wonder, Ernie Wilkins, and Vince Norman.

White has performed with and has written for many national musicians, including Aretha Franklin, Wayne Newton, and Bob Newhart. He has played with groups of various musical styles all over the world and is the founding member of The Paul White Quintet, a contemporary jazz group that has performed in many different venues throughout the country. In 2008, White was awarded the position of baritone saxophonist with the U.S. Army Field Bands Jazz Ambassadors and was featured as a member of the band on The Colbert Report and the Kennedy Center Honors dedication to Dave Brubeck. He has played for many political officials, including former Vice President Joe Biden and former President Barak Obama. Most recently, White was recognized with a SONIC award from the International Society of Jazz Arrangers and Composers for his arrangement of “Leia’s Theme.”

The Shepherd University Jazz Ensemble, under the direction of Dr. Kurtis Adams, has performed throughout the East Coast and Europe, including at the Montreux Jazz Festival. The band has been featured at the Longwood, Blue Ridge, and East Coast jazz festivals, as well as regional festivals throughout Virginia, West Virginia, Pennsylvania, Maryland, Delaware, and New Jersey.

Adams, director of the Shepherd’s School of Music, has performed with the Colorado Symphony Orchestra, Colorado Music Festival Orchestra, Ultraphonic Jazz Orchestra, Metropolitan Jazz Orchestra, and the 9th and Lincoln Orchestra. In 2005, Downbeat Magazine named Adams college co-winner for Best Original Composition for his composition “Instable Mate?” In 2007 he was selected to participate in the Paquito D’Rivera Latin Jazz Workshop performing with the Grammy-winning saxophonist at Carnegie Hall in New York.

General admission to the concert is $15 for adults; $10 for Shepherd employees and alumni, senior citizens, and students 18 and under; and free to Shepherd students with a valid Rambler ID. Admission and seating is first-come, first-served and reservations are not taken. The box office opens one hour prior to the performance. 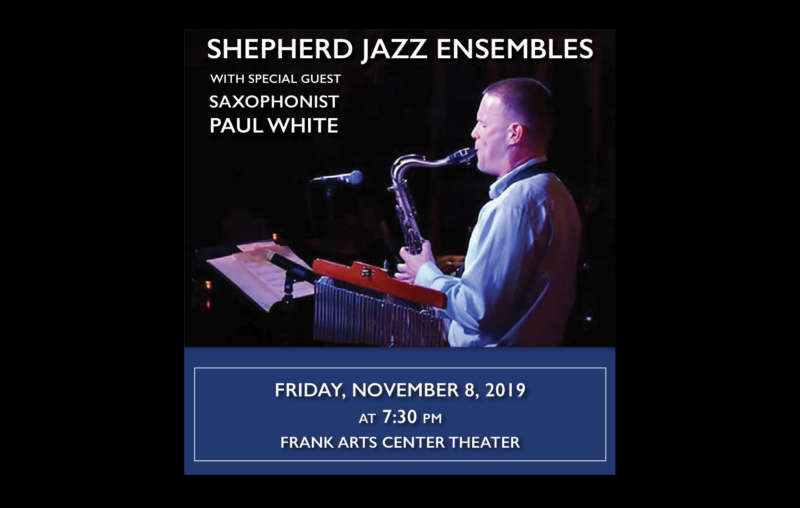