SHEPHERDSTOWN, WV — The Shepherd University Foundation announces the creation of a scholarship award in support of students majoring in English and English education. The Dr. Lee E. and Wanda T. Keebler Scholarship is an endowed fund established by Wanda Keebler in memory of her husband.

Lee and Wanda Keebler touched the lives of numerous students in Berkeley and Jefferson counties during their respective careers in education, which spanned more than 60 years collectively. Lee Keebler was a professor of English at Shepherd for 31 years, 17 of which he spent serving as chair of the Department of Languages and Literature. Wanda Keebler spent the majority of her career as an educator in the Jefferson County public school system, teaching at Shepherdstown Junior High for 28 years until her retirement in the 1990s.

The couple met in their freshman English class at Shepherd. Lee Keebler graduated in 1960 with a B.A. in English, and Wanda Keebler graduated in 1961 with a B.A. in secondary education. They were married for 55 years until Lee Keebler’s death in September 2017. To honor her husband’s memory, Wanda Keebler chose to establish the Dr. Lee E. and Wanda T. Keebler Scholarship through the Shepherd University Foundation. Wanda Keebler is also a member of the Joseph P. McMurran Society, a special group of donors who have chosen to share their lifelong financial achievements with Shepherd University through estate and other planned gifts. 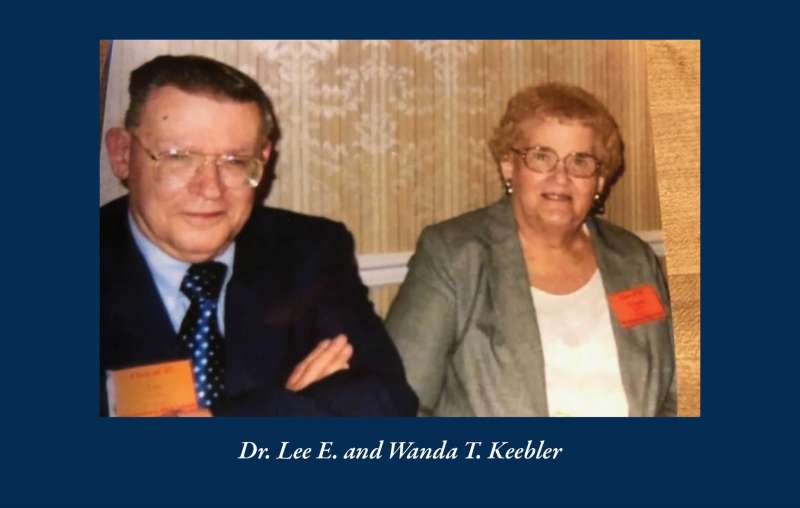