Ramon A. Alvarez, president of the Scarborough Society, commended the gala’s sponsors in his remarks to the guests on Friday evening.

“The Scarborough Gala is continuing its 14-year tradition of being one of the larger social and fundraising events for the Shepherd University community,” he said. “This success is due to the very generous monetary support of some outstanding corporate citizens and several groups of volunteers who continue to amaze us with their creativity and high energy. We thank them for their dedication and hard work, which allows the Scarborough Society to pursue its mission to enhance the learning opportunities for Shepherd University’s students, faculty, and communities.”

The theme of this year’s event was the night circus, based on Erin Morgenstern’s 2011 best-selling novel of the same name. “The Night Circus” illustrates a magical, wandering circus that appears out of thin air and is only open at night. Encapsulating the atmosphere of Morgenstern’s fantastical tale, this year’s event featured two aerial performances by the artists of Reikis Studios of Shepherdstown and Sweet Spot Aerial Productions of Washington, D.C. Reikis Studios is a contemporary circus company devoted to developing dramatic concepts for venues. Utilizing theatrical storytelling and acrobatic artistry to create performances, Reikis Studios’ portfolio has been recognized as among the most original and creative translations of the modern American circus.

Memberships in the organization are available on an annual basis and members’ names are engraved on a Wall of Honor located in the Scarborough Library. Members receive library cards with special privileges and are placed on invitation lists for library lectures, book signings, musical events, seminars, and receptions. Anyone interested in becoming a member of the Scarborough Society is encouraged to call the Shepherd University Foundation Office at 304-876-5397 or 800-344-5231, extension 5397. 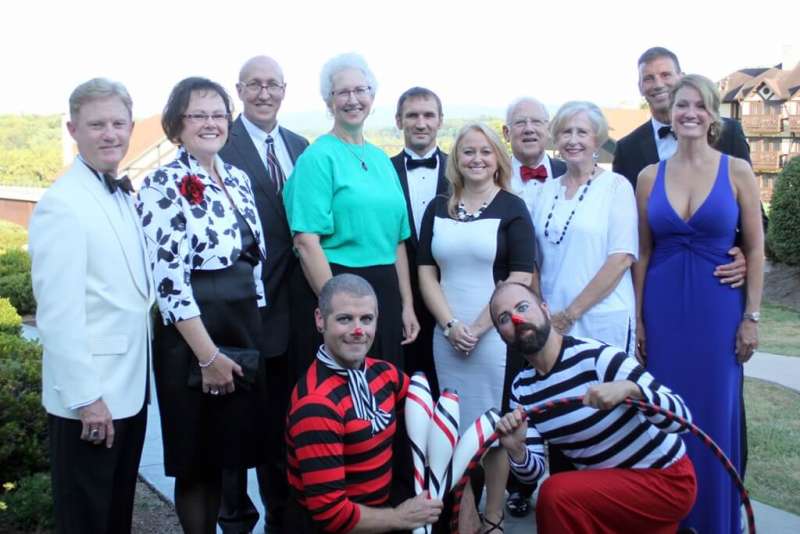